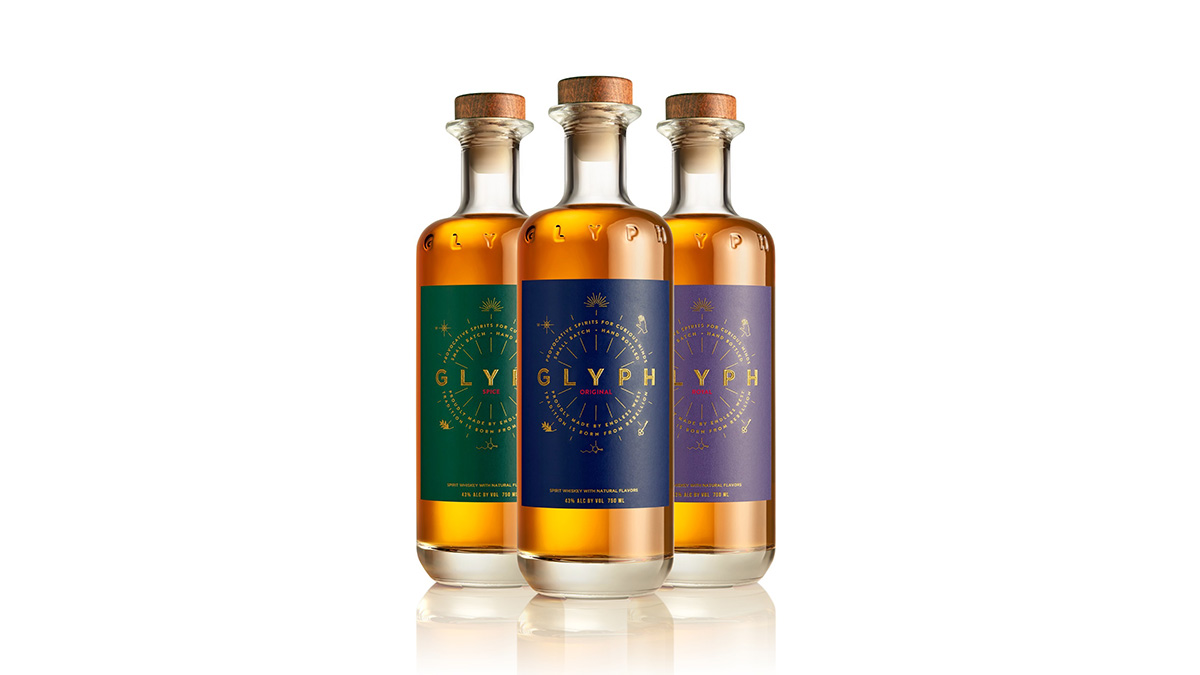 Glyph Spices takes inspiration from Bourbon, delivering a medium-bodied spirit with notes of nutmeg, cassia, oak spice, caramel and banana. It’s a “crisp” and “earthy” offering that’s “perfect for those nights by the fire pit.”

Sherry cask aged Scotch, meanwhile, influences the flavor profile for Glyph Royal. It offers “a deep bold warmth for the soul that pushes the boundaries of Old-World traditions. It is full-bodied and luscious with notes of coffee, dried fruit, burnt sugar, almond skin and sherry, and ends with a light twist of citrus.”

“Who says time is necessary to make a fantastic spirit?” questions Alec Lee, Endless West’s CEO. “We’ve been supported and inspired by a number of open-minded, creative folks in the industry and beyond. Like Glyph, we want to highlight people who are doing things their own way.”

In addition to the new flavors, the brand has launched a new marketing campaign titled “All of the Spirit, None of the Rules”, in which they celebrate the everyday societal rule breakers, those who live their lives on their own terms.

Founded in 2015 by Alec Lee and Mardonn Chua, Glyph is made without traditional inputs like aging or barreling — which means significantly less wood, water and land is used in its production process.

Glyph Original, Spice, and Royal are available for $25-30 per 750ml bottle sizes, and can be purchased online via Glyph’s official website and in select states. They all come in at 43% ABV.