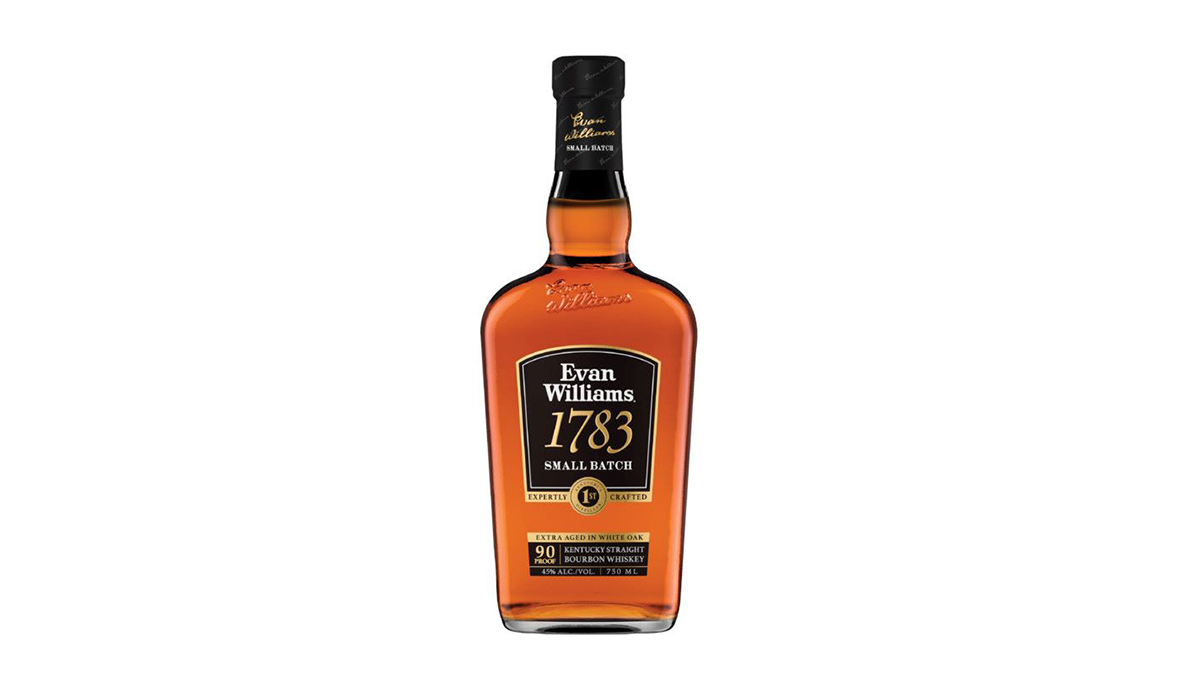 Evan Williams 1783 Small Batch will be relaunched in a new glass bottle with the Evan Williams signature blown in across the top. ‘1783’ is prominently displayed in gold foil accent across the top label, as well as ‘small batch’ to signify the Bourbon inside is a mingling of 300 barrels or less. The bottle is crowned by an upgraded capsule finish featuring the same Evan Williams signature repeated in the background. Crafted with Heaven Hill Distillery’s traditional Bourbon mashbill of 78% corn, 12% malted barley, and 10% rye, Evan Williams 1783 also retains an extra-aged quality as it is a marriage of barrels aged six to eight years.

“Evan Williams 1783 Small Batch pays homage to some of the earliest years of licensed distilling in Kentucky, and an important year for Bourbon and the Commonwealth’s signature industry,” said Julie Cole, Evan Williams Senior Brand Manager. “With a return to the original 90 proof, the award-winning mashbill of Evan Williams 1783 is full-flavored and works both as a cocktail base and stand-alone sipper. We are excited to bring more focus to what is known as the ‘best kept secret’ in the Evan Williams Bourbon family.”

Evan Williams, who also served as an early Trustee of the City of Louisville, served as wharfmaster, and built the first county clerk’s office and city jail, set up his early distillery in 1783. As the first licensed commercial distiller in Kentucky, Evan Williams laid the initial groundwork of entrepreneurial success for the Kentucky Bourbon industry.

1783 Small Batch relaunch will feature a new commercial called “Our Kind of People,” premiering this fall on national broadcast TV and connected TV. New point-of-sale will also feature the tagline, “When you do Bourbon right, people notice,” highlighting recent awards, including the 2019, 2020 and 2021 Consumers’ Choice SIP Award, winning Gold the first year and Double Gold the two consecutive. The brand will also be prominently featured in digital, social media and in-game advertising for the brands Major League Baseball post-season partnership. The new Evan Williams 1783 Small Batch ships nationwide in May and be priced at $19.99.

For more information, check out the brand’s official website.