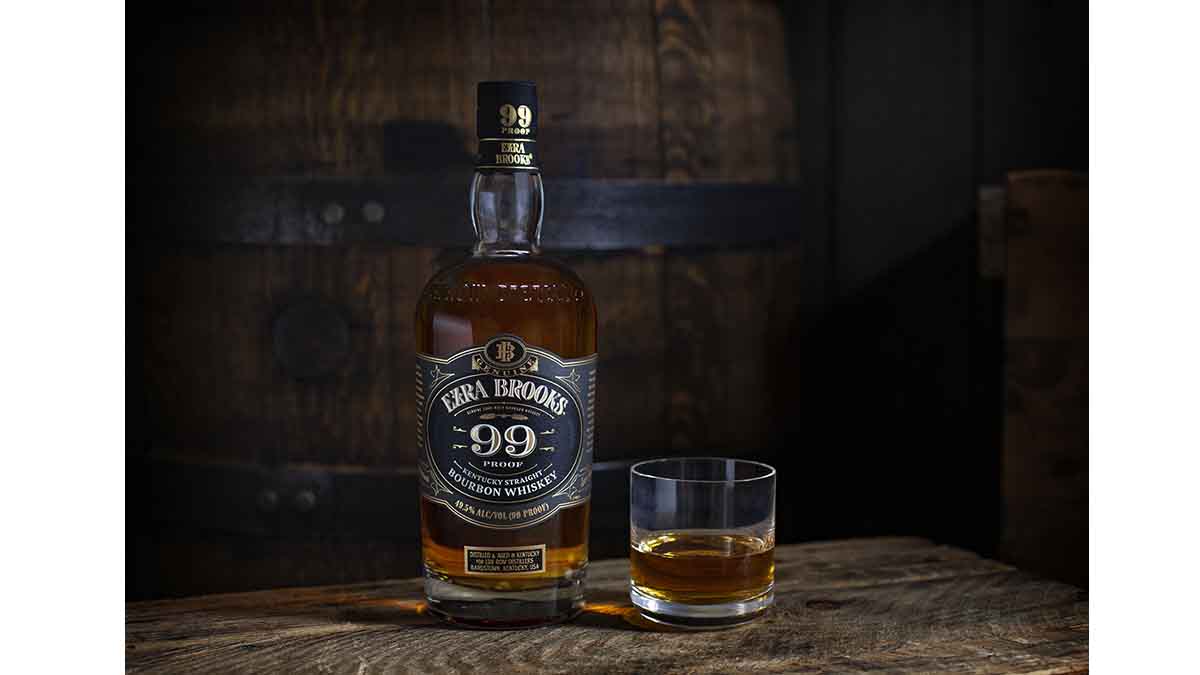 Ezra Brooks has announced the latest edition to its family of products: Ezra Brooks 99, a pure, oak-barrel-aged Kentucky Straight Bourbon Whiskey which has been elevated to 44.5% ABV. The new offering from the Luxco-owned brand features the same ryed-bourbon-mash-bill taste, but with an “enhanced flavor profile delivered by the higher proof.”

“With Ezra Brooks 99 our goal was to create a higher-proof bourbon without sacrificing the rich notes Ezra Brooks is known for,” said John Rempe, master distiller at Lux Row Distillers. “And we achieved that with 99. The result is a smooth, drinkable bourbon with hints of caramel, vanilla, chocolate and spice. We’re thrilled to introduce Ezra Brooks 99 to bourbon lovers everywhere.”

The 99 bottle features distinctive packaging and a natural cork closure, along with a prominent “99” proof display on the label and deep “LUX ROW DISTILLERS” embossing on the bottle’s shoulder.

“When you see Ezra Brooks 99, you’ll see an elegant, upscale bottle that stands out on the shelf,” said Eric Winter, brand manager for Ezra Brooks. “We believe the refined style and honest flavor of Ezra Brooks is amplified in Ezra Brooks 99, giving consumers of the brand even more to connect to.”

In good news, many Americans will now be able to purchase Ezra Brooks online thanks to Kentucky passing HB 415. Now, retailers and distilleries in the state can sell Whiskey (and other spirits, beer, and wine) online for the first time. Kentuckians, along with consumers in other states with reciprocal laws on the books, all benefit from the new law. This is another big change that has been set in motion by coronavirus, as previously buyers in Kentucky had to purchase alcoholic products in-person. Consumers can order a maximum of 10 liters of distilled spirits, 10 cases of wine, and/or 10 cases of beer.