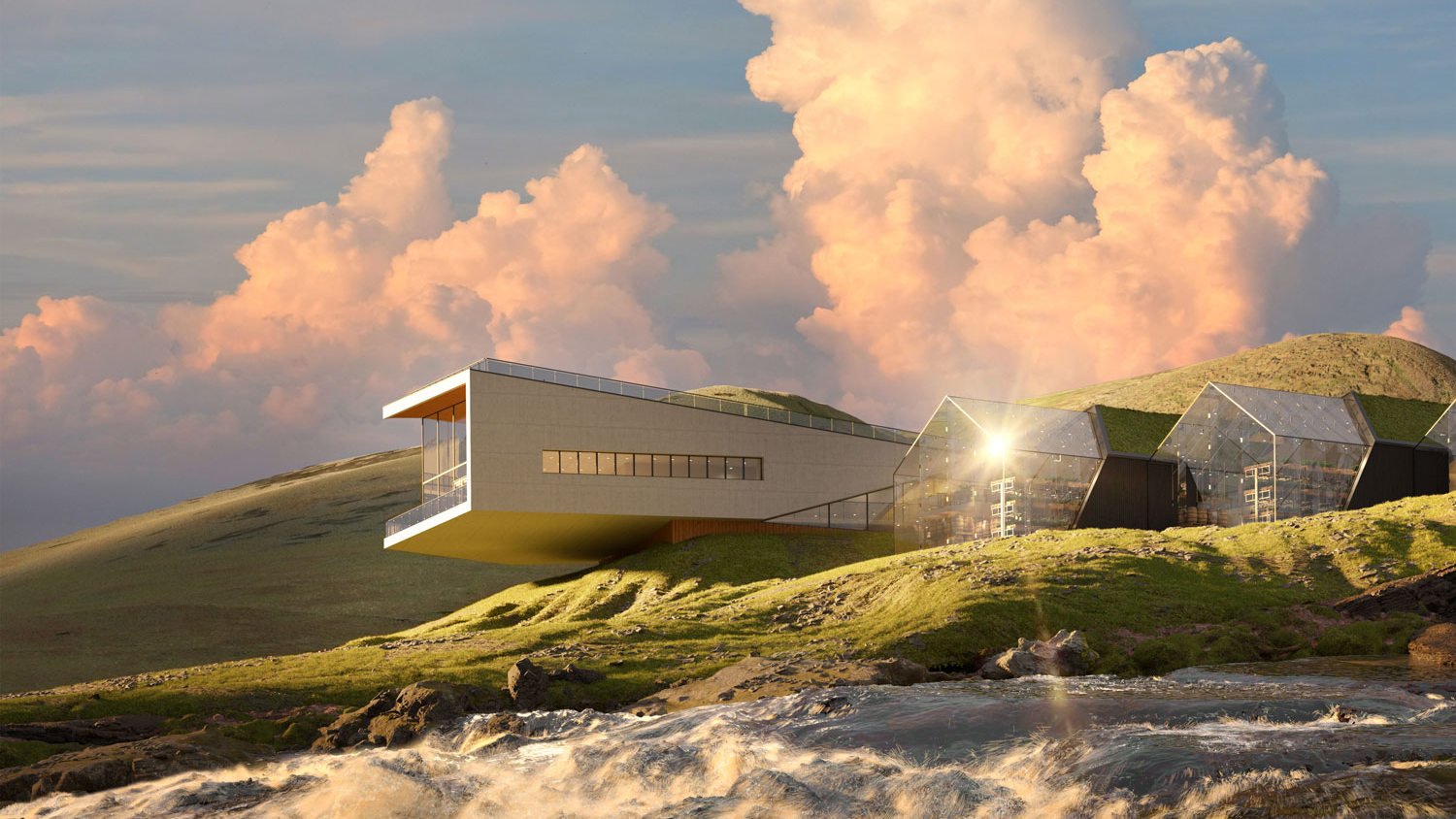 Last year, Faroe Islands-based Faer Isles Distillery announced it would become the first whisky facility funded through cryptocurrency. Now the islanders are looking for whisky and gin enthusiasts all over the world to become investors.

The salty, windy, and humid climate on these isolated islands is optimal for whisky maturation. Using the design of the old traditional food drying houses “opnahjallur” for their warehouses, whisky will be matured the way meat and fish has been fermented and dried for centuries on the islands. It utilizes the special humid and salty atmosphere, which is caused by the passing North Atlantic Current that also ensures the very stable year-round temperature.

Faer Isles Distillery will be one of the most northerly whisky and gin distilleries in the world. Using seaweed as their signatory gin ingredient, the distillery will also rely on local botanicals to create a unique Nordic dry gin with maritime notes.

The crowdfunding campaign started locally on March 15 and immediately raised €600,000. 500+ new shareholders signed up within 2 weeks. Now the distillery is inviting people around the world to join as well. People from 25 different countries have bought shares so far.

Behind the project are local whisky enthusiasts and business people, including Heini Zachariassen, founder and CEO of Vivino, the world’s largest online wine marketplace. But they are also backed by a strong advisory board manned by international industry specialists.

The perfect location for the future distillery is found next to the old Viking village of Kvívík. 24,000m2 of land is purchased that will house the production, warehouses, and visitor center.

Faer Isles Distillery is allowing cryptocurrencies as payment for company shares, making them the first whisky distillery in the world to be funded this way. The company is also using blockchain technology. The plan is to later turn the company shares into security tokens and make them tradeable on various crypto exchanges.