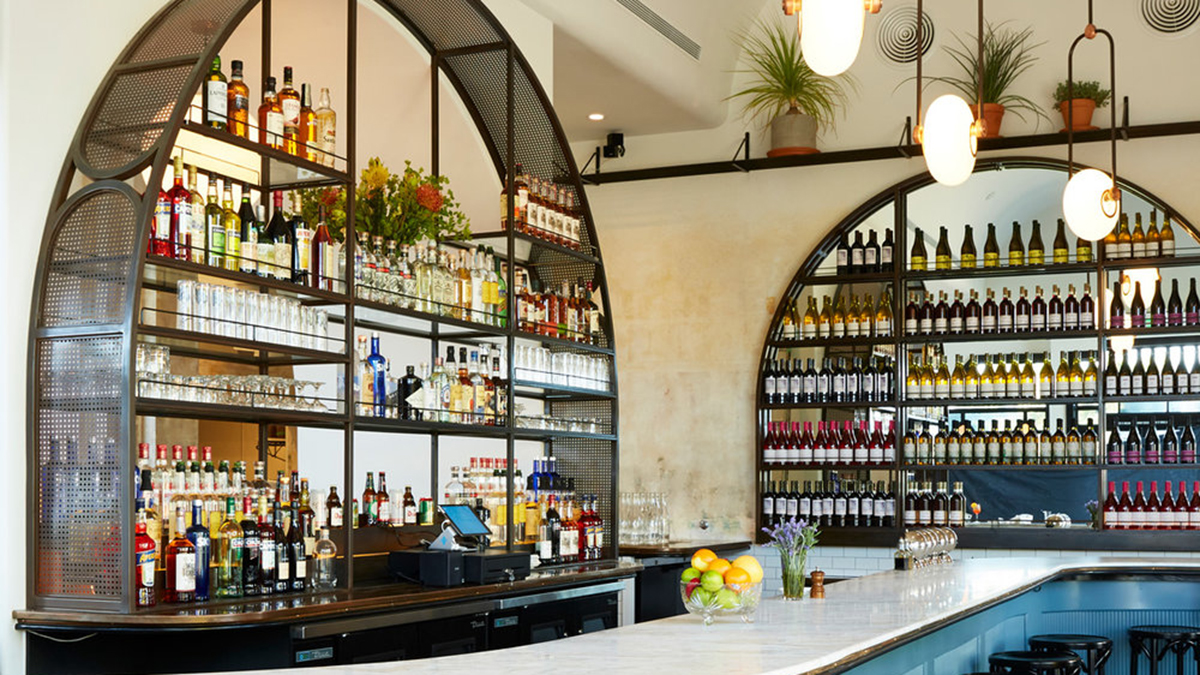 Five Leaves blends its Brooklyn roots seamlessly with California light. Marble bar tops and iron adornments are complemented by frond varieties and walls of windows to create a bright and spacious watering hole. The burger is the same as the famed New York variety, pineapple et al, and the pasta is seasonal and fresh with bright lemon and mint. Nonetheless, it’s the cocktails that we’re here to admire.

There’s a hallucinogenic quality to the psychedelic melange of tunes and absence spritzed Dice of Life. Bourbon, pamplemousse, allspice and the aforementioned wormwooden spirit conjure Parisian sentimentality within the cocktail’s Sazerac lineage.

Elsewhere, the Drop a Gem glistens with cucumber and is a carryover from restaurant head Mark Hendrix’s previous stint at Silverlake mainstay Cliff’s Edge. Lime, velvet falernum, and green chartreuse brighten the Caribbean creation’s tropical, but not overly syrupy, genesis, which is served in a tall, slender coupette.

The wine menu is filled with options to entice connoisseurs and delight those wishing to branch out – tho those looking for an old familiar, such as a Cab or a Sancerre, may be disappointed. Look towards the Alsatian Pirouettes or the ‘chilled’ Italian red and you won’t be disappointed during a hot day in East Hollywood.

Five Leaves sits next to the robin’s egg blue Scientology center, but word is they are still yet to go through conversion therapy. Hopefully, their Empire State of mind will continue to hold strong against the California “religious” pillar, and the cocktails will remain potent and drinkable as they are now.