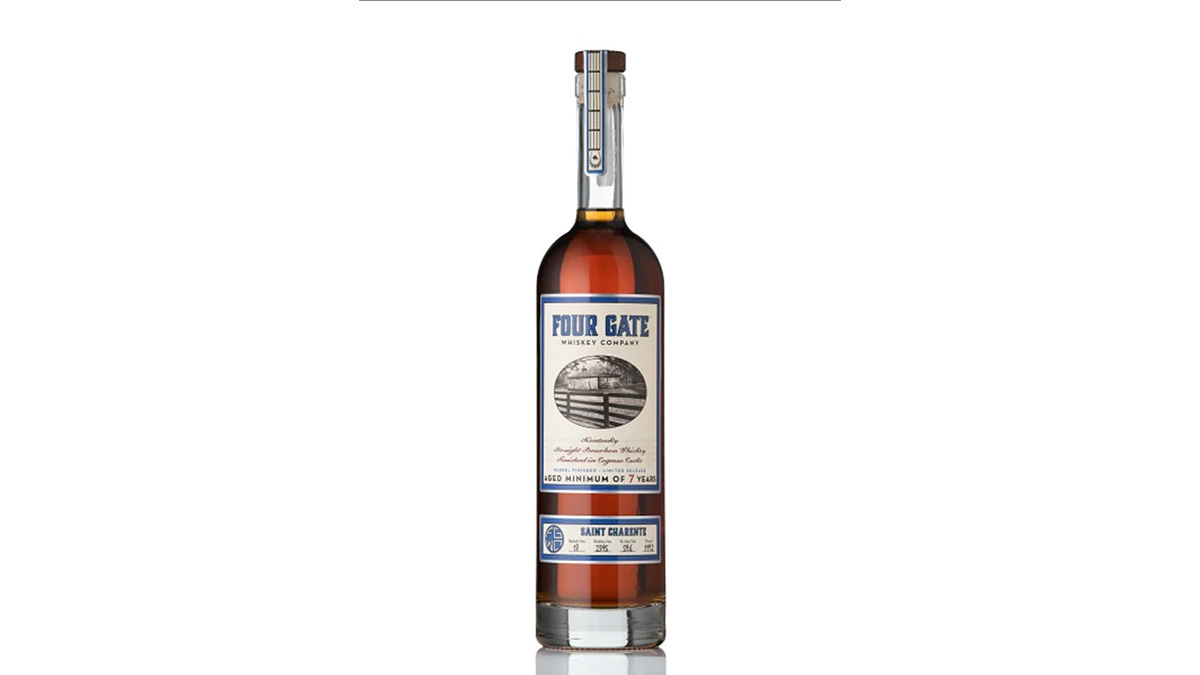 Four Gate Saint Charente is a seven-year-old Kentucky straight bourbon made from a mash bill of 75% corn, 21% rye, and 4% malted barley. It is finished in Cognac casks that previously held the iconic French brandy and is named for the River Charente, which flows through the region.

“I absolutely love the nose on this batch,” said Chief Blending Officer Bill Straub. “It has tons of orchard fruits from those cognac casks and the French oak gave it some great baking spice notes as well. It’s like apple pie.”

“All the little towns in that area are called ‘Saint’ this or that,” noted Chief Barrel Officer Bob D’Antoni. “We added the Saint in front of Charente in homage to that.”

Four Gate Saint Charente was bottled with no water added and no chill filtering at 119.2 proof. Just 2,365 bottles were made and are priced at $199. They are available in Kentucky, Indiana, Tennessee, Louisiana, Georgia, and Texas, as well as online through Seelbachs, Bourbon Outfitter, and Caskers.

For more information, head over to Four Gate’s official website.