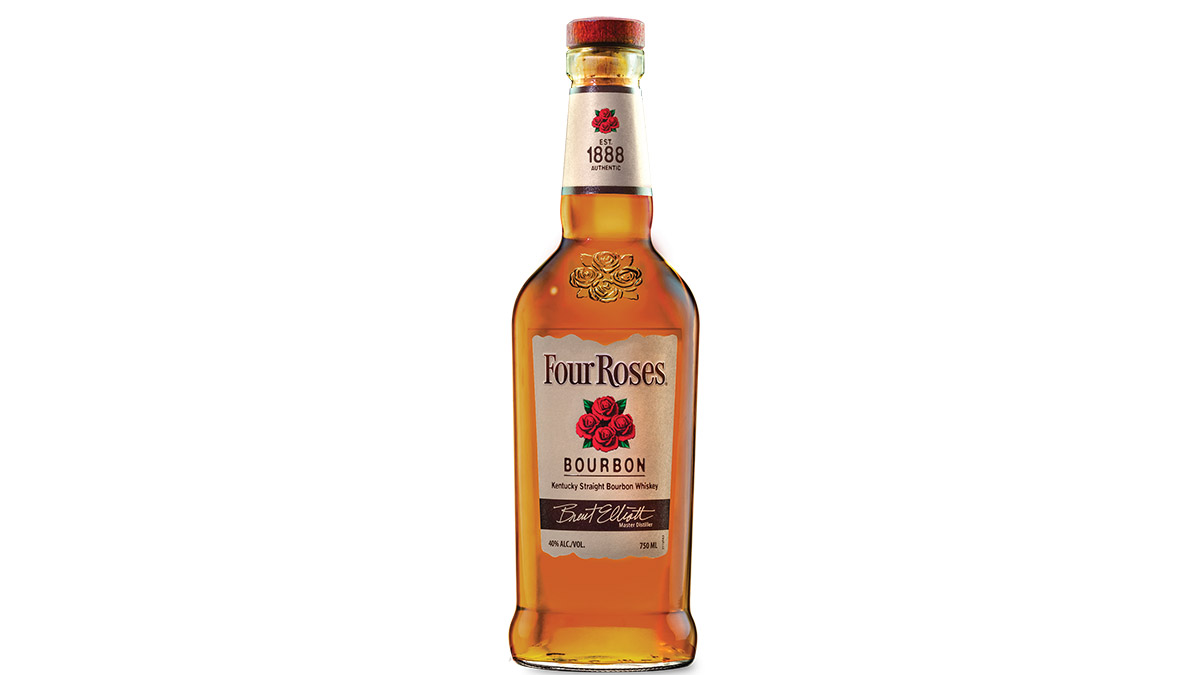 The Four Roses Bourbon is far from the usual base-level/market Bourbon Whiskey. It’s made from all 10 of the brand’s Bourbon recipes and only costs around $20, which is actually incredible.  The Bourbon is smooth and mellow with subtle complexity and a long soft finish. 40 percent ABV is just what it should be. Basically it’s one of the best mass market bottlings available and due to that stellar price tag, you don’t even have to feel guilty when you make one of the best Old Fashioneds of your life with it.

On the nose, Four Roses Bourbon presents fruit and white flowers along with notes of spice and honey. The palate is smooth and soft with pears and apples lending a crisp freshness to the taste. The finish is long and mellow and encourages another sip.

The history of Four Roses is a bit convoluted. One story claims the brand was founded by Rufus Mathewson Rose and was named in his honor. Others, including current owners Kirin Brewery, refer instead to Paul Jones Jr. as the founder of the brand.

According to the company’s current statement, “It began when Paul Jones, Jr., the founder of Four Roses Bourbon, became smitten by the beauty of a Southern belle. It is said that he sent a proposal to her, and she replied that if her answer were “Yes,” she would wear a corsage of roses on her gown to the upcoming grand ball. Paul Jones waited for her answer excitedly on that night of the grand ball…when she arrived in her beautiful gown, she wore a corsage of four red roses. He later named his Bourbon “Four Roses” as a symbol of his devout passion for the lovely belle, a passion he thereafter transferred to making his beloved Four Roses Bourbon.”

It’s a romantic story behind a beautiful Bourbon and one we’re willing to lean into. It’s all about the story after all.

In 1943, Seagram purchased the brand and halted U.S. distribution, bring the famed Bourbon exclusively European and Asian markets. In February 2002, the Kirin Brewery Company purchased Four Roses, and shortly thereafter, Four Roses was once again sold in the United States.