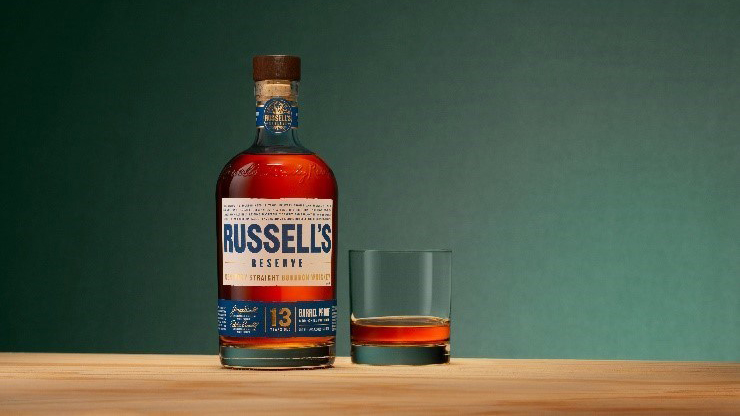 Spirits critic and bourbon authority Fred Minnick has named Russell’s Reserve 13 Year Old Bourbon the Best American Whiskey of 2021. Tasting more than 700 whiskeys during the year, Minnick recently announced his Top 100 American Whiskeys of 2021 and revealed the Top 10 rankings via a YouTube livestream on January 5th. Assessing each whiskey by color, nose, palate, finish, and uniqueness of a product in its category, Minnick ultimately selected Russell’s Reserve 13 Year Bourbon as the No. 1 whiskey of the year.

“During my blind tasting, Russell’s Reserve 13 Year Bourbon showed power and elegance in a single glass,” said Fred Minnick, co-founder of the American Spirits Council of Tasters and world-renowned Bourbon curator, taster and Wall Street Journal-bestselling author,. “It is layered with so many flavors that I would love to sip this every day for the rest of my life. Of course, given the greatness of the Wild Turkey Distillery as of late, I am not surprised the Russell family and their team made this. It’s a once in a lifetime bourbon.”

“Crafting Russell’s Reserve 13 Year Old turned out to be one of my most rewarding experiences as a distiller,” said Eddie, who celebrated 40 years of bourbon making at the Wild Turkey Distillery last year. “This release embodies our commitment to creating uniquely satisfying flavors, and hands down, it’s one of our most rare bourbons. I would happily join Fred in sipping from this bottle for the rest of my life as well.”

The barrel-proof bourbon coats the palate with sweet and warming flavors rising from the harmonious marriage of dried dark fruit and charred confectionary notes. Those sweet and woody notes give way to rich flavors of honey, chocolate, and nougat throughout, followed by a strong and lasting finish.

Best enjoyed neat or on the rocks, Russell’s Reserve 13 Year Old is available in the United States for a limited time only.