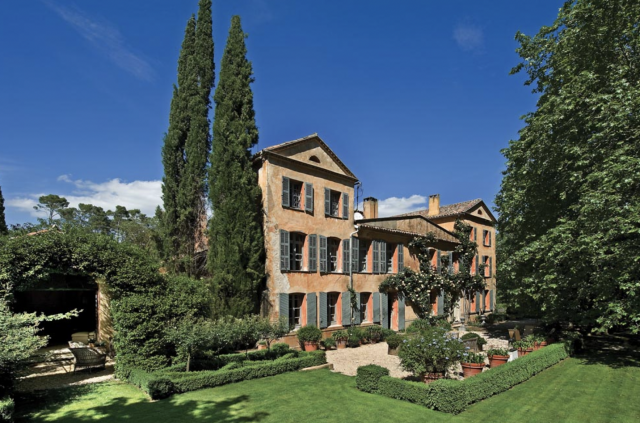 George Clooney has become embroiled in a legal battle over a Provençal wine estate that he is reported to have purchased last month.

Clooney is believed to have spent almost £7 million on the property, called Domaine du Canadel. For his money the actor/producer and drinks industry entrepreneur has secured ownership of  172 hectares of land comprising of an olive grove, a lake, woodland, a swimming pool, tennis court and a vineyard, as well as a formal garden that’s one of the most beautiful in the region. All of this surrounds an 18th century castle.

Gossip columnists will love that the property is about half an hour’s drive away from Brad Pitt and Angelina Jolie’s pad –  Domaine du Miraval, the source of the Rosé de Miraval wine brand. And just down the road is Château Marguï, owned by Hollywood producer George Lucas.

However, if all of this sounds a little idyllic, there is contention in the deal. According to The Times, the Hollywood actor and his wife, Lebanese-British barrister Amal Clooney, are caught in a gazumping row that could threaten their ability to secure the château and wine estate.

The newspaper states that a previous buyer had agreed to a set price for the property last August of €6m (£5.14m). However, the sellers, an Australian couple, are alleged to have suddenly increased the asking price for the estate to €6.2m – a move which allowed Clooney to benefit and make the purchase.

The property remains listed on Leading Estates of the World with an asking price of €7.9m (£6.81m).

The Times writes that this initial buyer has filed a lawsuit contesting the sale of Domaine du Canadel, which could lead to years of uncertainty over Clooney purchase of the property, and could see the sale reversed.

It is stressed that there is no evidence to show that the Clooneys were aware of the alleged gazumping, nor did anything illegal.

George Clooney is no stranger to the drinks trade, having sold his Casamigos Tequila brand to Diageo for US$1 billion. However, it’s believed he bought a property in Provence for the lifestyle, rather than to launch a rosé.

Currently, Domaine du Canadel’s grapes are sent to the local cooperative, where they are blended with those from other nearby properties, which means that there is no wine brand connected to the estate.