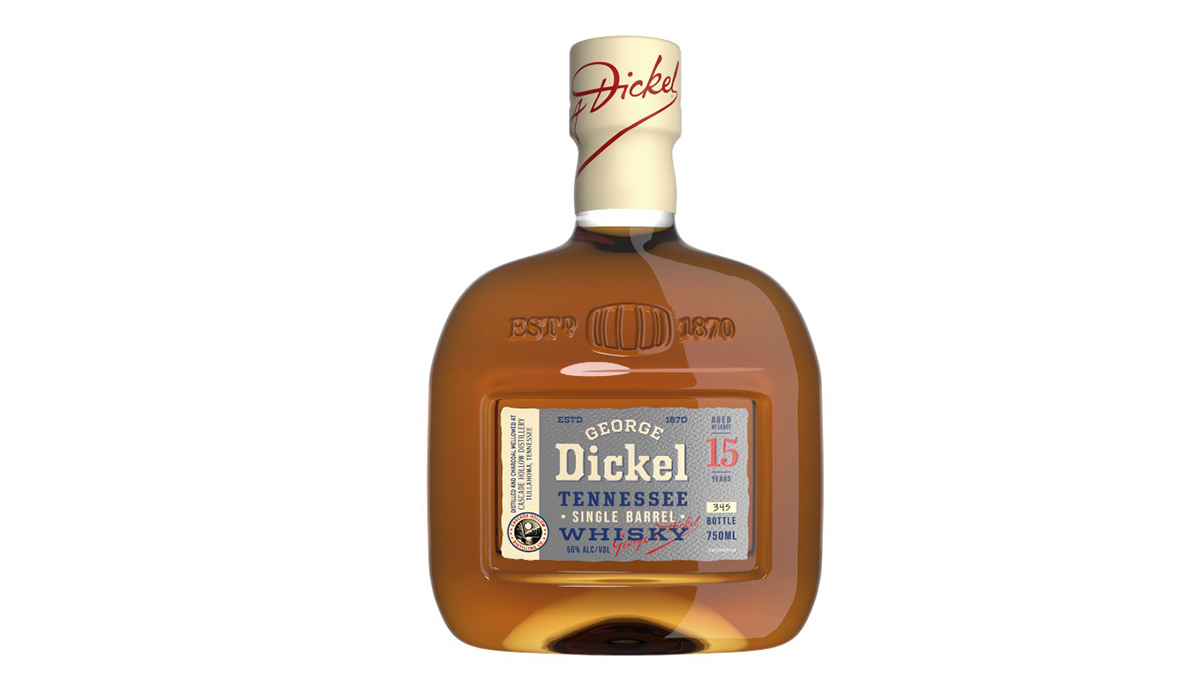 George Dickel has debuted a Single Barrel Whiskey, aged at least 15 years. The new offering from the Tennessee brand is available for purchase by the barrel and by the bottle.

Those who order an entire barrel of the new George Dickel Single Barrel are able to add custom branding and messaging to their bottles. Furthermore, they have the opportunity to choose from the highest proof Whiskey options that were stored in the top tiers of the warehouse. Those who choose to pick up a bottle will notice a variation of proofs available at retailers, anywhere from 40% to 52.3% ABV.

Tasting notes range from notes of vanilla, toffee, and treacle to rich leather, saddle oil, and wood to a more delicate perfume of fruit or lavender notes. The Color will be dark and rich leather brown from the time spent in new American Oak.

The George Dickel Single Barrel is available for a suggested retail price of $59.99 per 750 ml bottle in CA, DE, FL, GA, TN, TX, and will come to additional markets in January 2021.

Back in June, the brand announced the release of Bottled in Bond (Fall 2008). The company began finding success in the Bottled in Bond category back in 2019, with the launch of their Fall 2005 whisky. That offering won the “Whisky of the Year” award from Whisky Advocate and was the top-rated American Whiskey of 2019 by Wine Enthusiast.