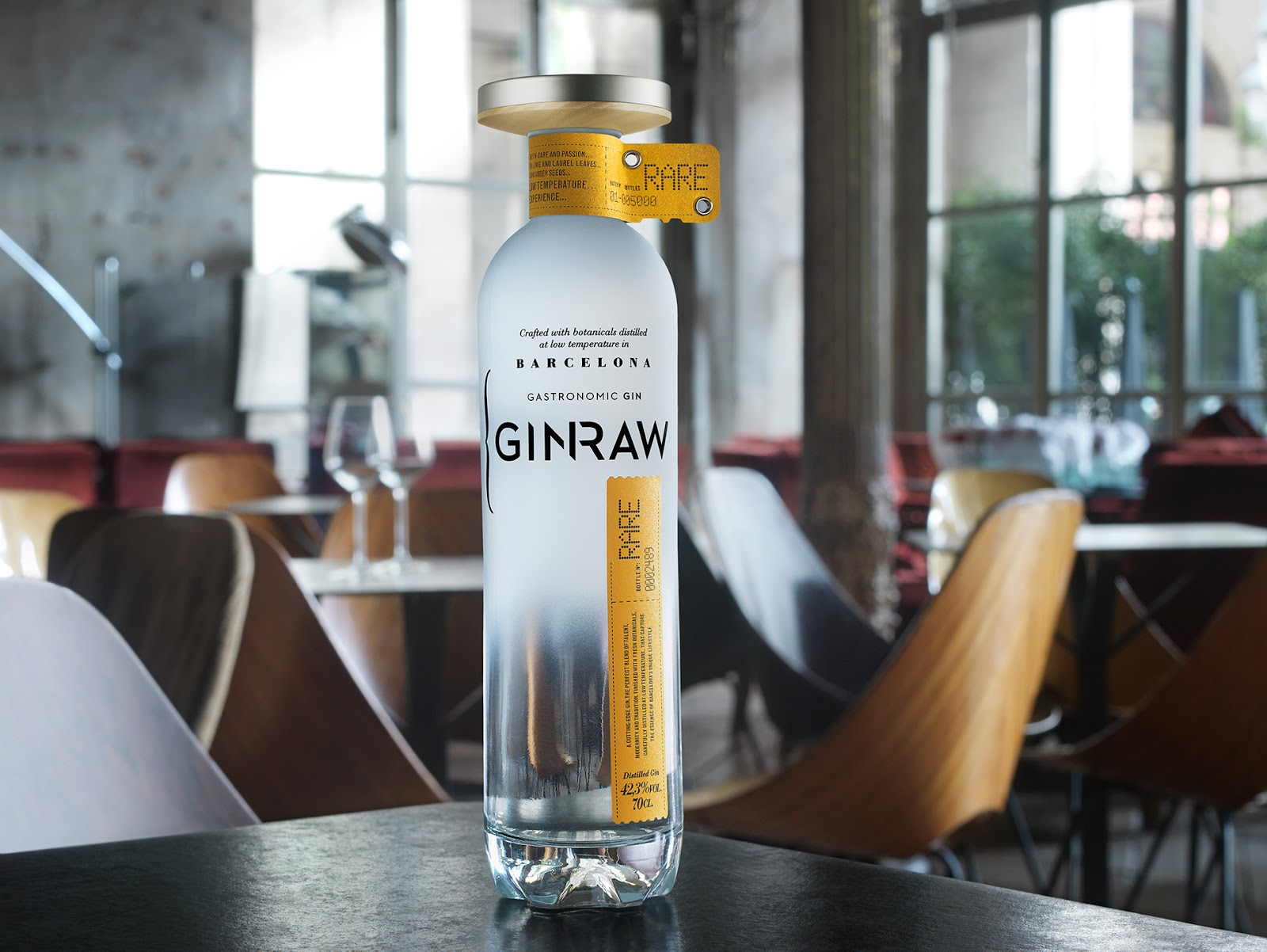 GinRaw is the latest Spanish Gin to be made available this side of the Atlantic. It also happens to be one of the few Spanish Gins available Stateside, despite the nation’s well-documented love for the spirit.

Crafted in Barcelona, GinRaw looks to deliver a spirit that encompasses the avant-garde culinary and design creativity of its home city. It’s a masterpiece of collaboration between four masters of their craft: a chef, a sommelier, a mixologist and a master parfumeur.

It’s made batch by batch using traditional spirit distillation alongside the use of a Rotaval, a low-temperature distillation machine developed by one of the leading restaurants of molecular gastronomy in Spain. Each bottle is individually numbered and is made with crystal-clear precision.

The creation of the Gin is something unique in its own right. The gin itself is made only from juniper berries, and then the distillate is combined with six other separately distilled ingredients Rotaval. Half the ingredients are classically Mediterranean: lemon peel from Murcia, cedrat peel from Valencia, and laurel also from Spain. The other ingredients are sourced from more exotic locations: kaffir lime leaves from Thailand, black cardamom from India, and coriander seeds from Egypt.

5,000 bottles are made per batch, and the Gin comes in at 42.3%. The nose features juniper tones upfront that blends with crisp citrus and bay leaves to create a distinct bouquet. On the palate, lime meshes with subtle smoky notes of black cardamom with added depth from citrus notes. The finish is bright and surprisingly smooth, making it a perfect match for tonic.

GinRaw is clearly inspired by Barcelona and is now coming to the U.S. after finding considerable success in Spain. While we haven’t heard of any additional projects from the GinRaw team, we expect their collaborative effort to deliver more inspiring products in the future.