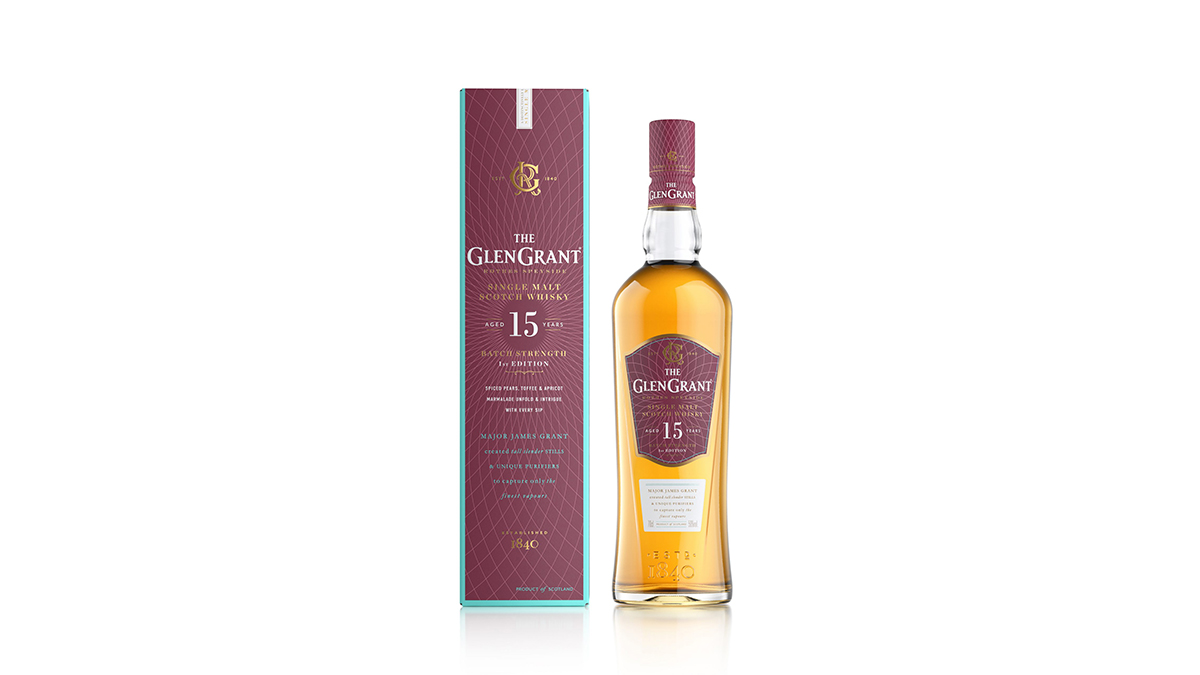 The Glen Grant distillery has added a 15 Years Old Single Malt Scotch whisky to its core lineup. The new offering from the Speyside distillery is said to deliver an “intensified expression” of its signature style.

Master Distiller Dennis Malcolm, who this year has celebrated 60 years in the industry earning him the title of longest-serving distiller in Scotland, crafted this Glen Grant 15 Years Old Single Malt Scotch whisky at 50% ABV “Batch Strength.” Matured in hand-selected, first-fill ex-bourbon casks, Malcolm says of the newest offering, “If the expressions were my children, I would have to say The Glen Grant 15 Year Old is my favourite.”

It seems the world is also in agreement as the Scotch has already picked up several industry accolades, including a Double Gold medal at the 2021 ​​San Francisco World Spirits Competition, 92 points from the Whisky Advocate in 2021, a Gold Medal at the 2020 New York International Spirits Competition, and winning the 2019 Spirit of Speyside Whisky Award for the 13-20 Years Category.

Arriving as a golden barley-colored liquid, the whisky offers delicate floral, fresh citrus, apple and honeydew melon aromas that give way to soft caramel and oakiness. The aroma is accompanied by a rich honey palate with hints of spiced pear, apricot marmalade and vanilla, followed by a maltiness and slight spice that leaves a nutty finish with delicate notes of fruit.

Glen Grant 15 Years Old joins the 10, 12 and 18 Years Old expressions in Glen Grant’s core range, which sit alongside a series of limited-edition releases. It will be available to purchase from The Whisky Exchange online from August 10, and in selected retailers.