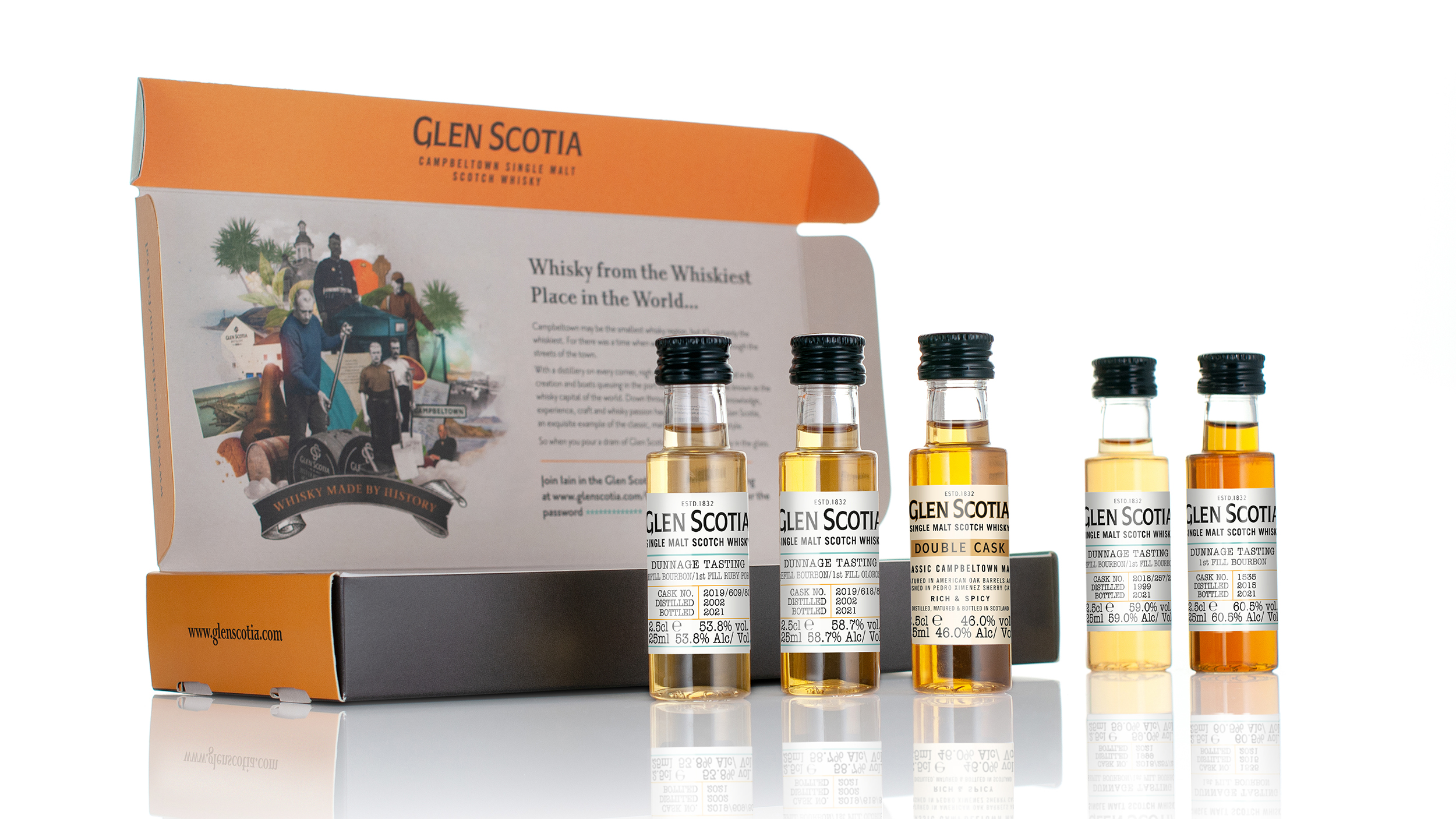 Glen Scotia has revealed the schedule for this year’s virtual Glen Scotia malts festival which will go live on June 7. For the second year in a row, the festival will be run entirely digitally, with whisky fans from all around the world able to access a range of different events and content by visiting the event’s official website.

Master Distiller Iain McAlister will be joined by a host of famous faces from the world of whisky to help bring the festival to life on screen.

This year’s program includes a brand new interactive virtual tour of the distillery and a virtual tasting of this year’s festival edition, hosted by whisky historian Charlie MacLean. Whisky experts Neil Ridley and Joel Harrison will also be broadcasting a live tasting of Glen Scotia’s core range while exploring historic tales from the “whiskiest place in the world,” and the brand will also reveal a new digital photography exhibition celebrating the distillery’s heritage.

To celebrate the festival, Glen Scotia will also be releasing a limited number of Dunnage Tasting Boxes which come complete with access to a private dunnage tasting video, hosted by McAlister. The dunnage tasting is always one of the most keenly anticipated events in the Campbeltown Malts Festival calendar. This year the tasting explores the influence of casks on the final liquid, with a particular focus on Bourbon, refill American Oak, and European Oak finishes.

Whisky experts Neil Ridley and Joel Harrison will be hosting a live event on Wednesday, June 16 at 7pm which will see them lead a tasting of some of Glen Scotia’s favorite single malts, including Glen Scotia Double Cask, Glen Scotia 15 Years Old ,and Glen Scotia Victoriana. On top of the tasting, Neil and Joel will host a special discussion about Campbeltown’s history, including tales of illicit distilling and its Victorian heritage. A 5cl gift pack containing each of the three expressions is available to purchase online for those wanting to join in with the tasting.

A third tasting experience will be hosted by renowned whisky expert Charlie MacLean who will introduce the tasting of the Campbeltown Malts Festival Edition for 2021, which this year takes the form of an incredibly special 10-Year-Old Limited Edition Single Malt with a Bordeaux red wine cask finish.

Following in the footsteps of last year’s limited edition, which was awarded “Product Launch of the Year” at the Scottish whisky awards in 2021, this year’s limited edition has experienced high demand since its release earlier this year. However, 200 bottles have been reserved for the festival launch, and will be available to buy from the website on June 7 for anyone still hoping to get their hands on a bottle.

Campbeltown was known as the whisky capital of the world during the Victorian era and was home to over 30 working distilleries. The annual Campbeltown Malts Festival is a celebration of Scotland’s fifth and smallest malt producing region and its whisky making heritage.

Unfortunately, due to the coronavirus pandemic the Campbeltown Malts Festival has not been able to go as planned, however the Glen Scotia 2021 Virtual Festival is the perfect way for fans to enjoy a touch of the festival spirit and explore everything that Campbeltown and Glen Scotia distillery has to offer.

Iain McAlister, Distillery Manager at Glen Scotia, said: “We were blown away by the response we had to last year’s virtual festival, which saw us host 10,000 visitors from across the world – five times more than we would usually expect to see in Campbeltown ordinarily!

“This year we have developed our virtual line up even further with some well-known friends of the distillery joining us to host some of the sessions and really special interactive experiences for our guests to explore that will make them feel that they are right here with us.

“We’re really looking forward to it, and we hope that fans of our whisky, both old and new, will come and celebrate with us.”