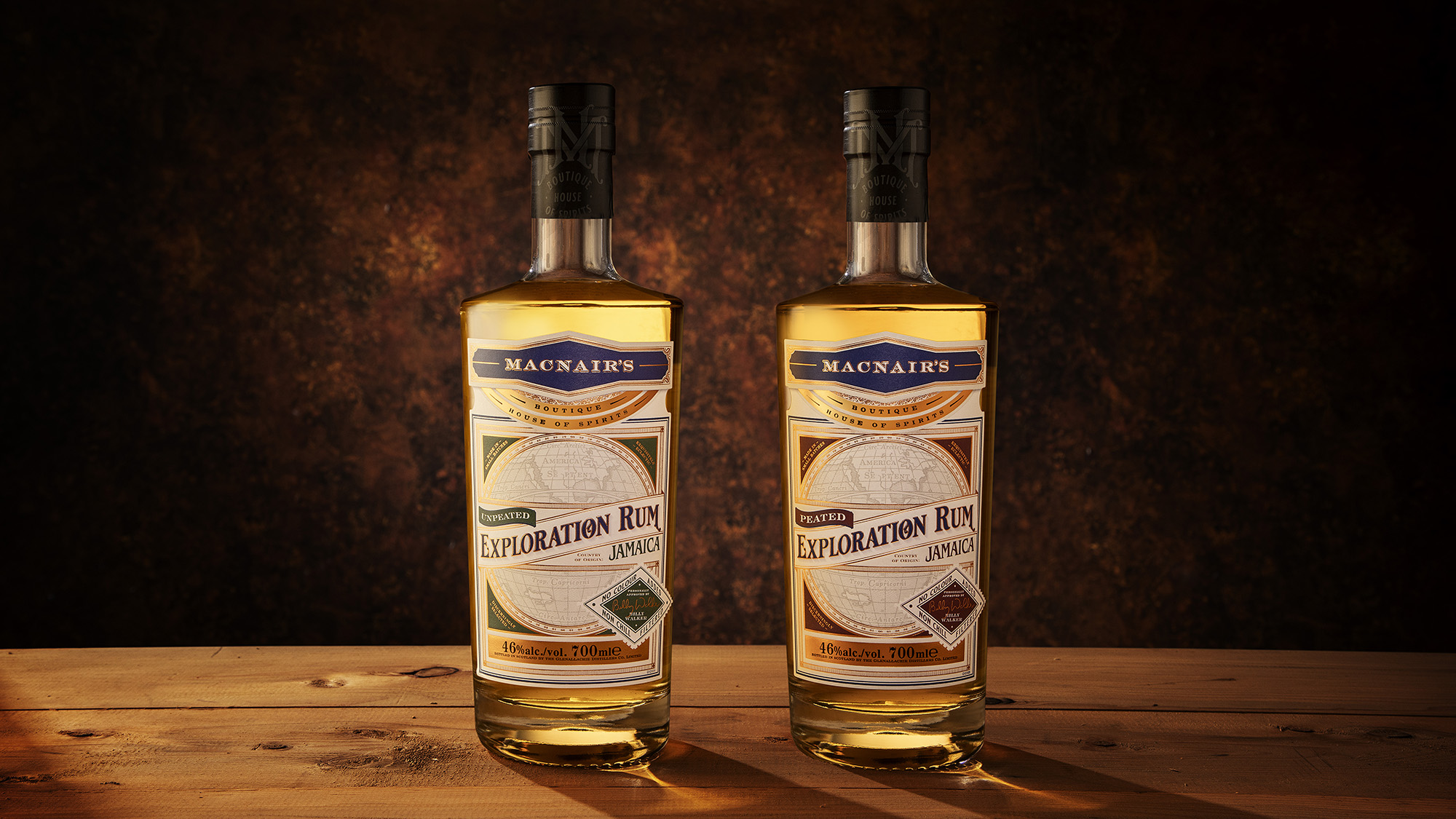 Walker pinpointed Southern Jamaica’s Clarendon Distillery, situated on one of the oldest sugar cane plantations on the island, to create the two new spirits. Following in the footsteps of MacNair’s Exploration Rum Panama range, launched last year, the new Jamaican expressions were subjected to a similarly complex and innovative maturation journey, but this time under the watchful eye of Walker throughout the entire aging process.

To create the new bottlings, Walker brought the premium Jamaican rum to Scotland to be fully matured in the cool climate at The GlenAllachie Distillery in Speyside. He obtained spirit at high, medium and low ester levels in order to achieve a multitude of flavor attributes from the wood.

Following a primary maturation period of 30 months in Rye, Rioja. and virgin oak casks at varying ester levels and at 86% ABV, Walker blended the rum and reduced to 69% ABV in order to be aged at two different solution characteristics. In a similar vein to maturing at different ester levels, presenting the rum to the wood at two alcohol strengths allows a wider range of flavor components to be extracted.

For the Jamaica Unpeated variant, the rum subsequently underwent secondary aging in a similar assortment of casks, whilst the Jamaica Peated expression completed its maturation journey in casks which previously held peated spirit distilled at The GlenAllachie to add a distinctive twist.

“We’ve been delighted at the overwhelmingly positive and inquisitive response to our MacNair’s Exploration Rum offering,” said Walker. “We are founded on whisky but exploring a new spirits category has been an extremely enjoyable new challenge, and the results offer something different for rum fans to get their teeth into.

“Bringing these rums straight to The GlenAllachie Distillery to be fully aged under our supervision in the cool Speyside climate has created a totally unique flavour experience. Our aim is to push the boundaries of convention to develop eclectic, innovative rums for the curious and adventurous consumer, and we strongly believe these Jamaican gems encapsulate that.”

MacNair’s Exploration Rum Jamaica Peated is priced at £44.99, while the Unpeated comes inat £49.99. Both are available to purchase via global specialist retailers.

For more information, head over to GlenAllachie’s official website.