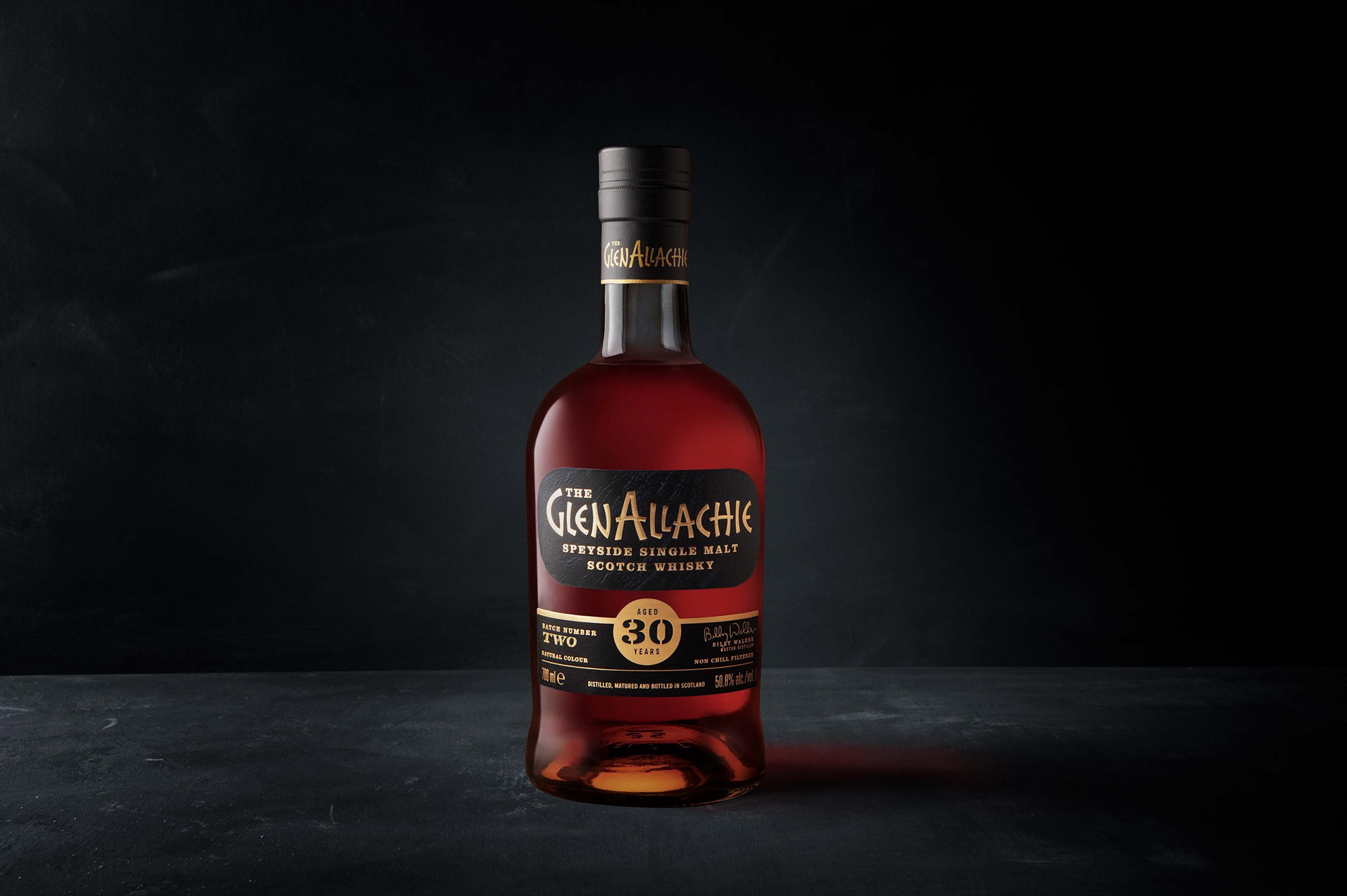 GlenAllachie has launched Batch 2 of its 30 Year Old single malt Scotch whisky. The Speyside distillery released the first edition of the three decade old liquid in May 2021.

To create the GlenAllachie 30 Year Old Cask Strength Batch 2 Single Malt Scotch Whisky, master distiller Billy Walker selected 1990 and 1991 vintages, matured in six ex-Pedro Ximénez and oloroso Sherry hogsheads and puncheons, along with two 1990 American virgin oak barrels which were toasted and charred to a medium level. Just 2,000 bottles of the whisky will be made available.

“When we first unveiled our 30-year-old cask strength annual release last year, we were completely overwhelmed and humbled by the immensely positive response from whisky fans around the world,” said Walker. “This fuelled me with great enthusiasm to get underway with the next batch, endeavoring to raise the bar even higher with this installment.

“We’re delighted to present the second batch of our eldest core release, delivering a bold and complex organoleptic profile truly representative of our house style and where we are taking The GlenAllachie Distillery.”

On the nose, the whisky bursts with heather honey, sultanas and mocha, followed by waves of cinnamon, coconut shavings, and dried fruits. The palate delivers dark chocolate, figs, and orange zest, with hints of treacle, raisins, and cinnamon, with nutmeg on the finish.

Bottled at 50.8% ABV, the GlenAllachie 30 Year Old Cask Strength Batch 2 is available from global specialist retailers for £600 ($755 USD) per bottle. For more information, head over to the brand’s official website.