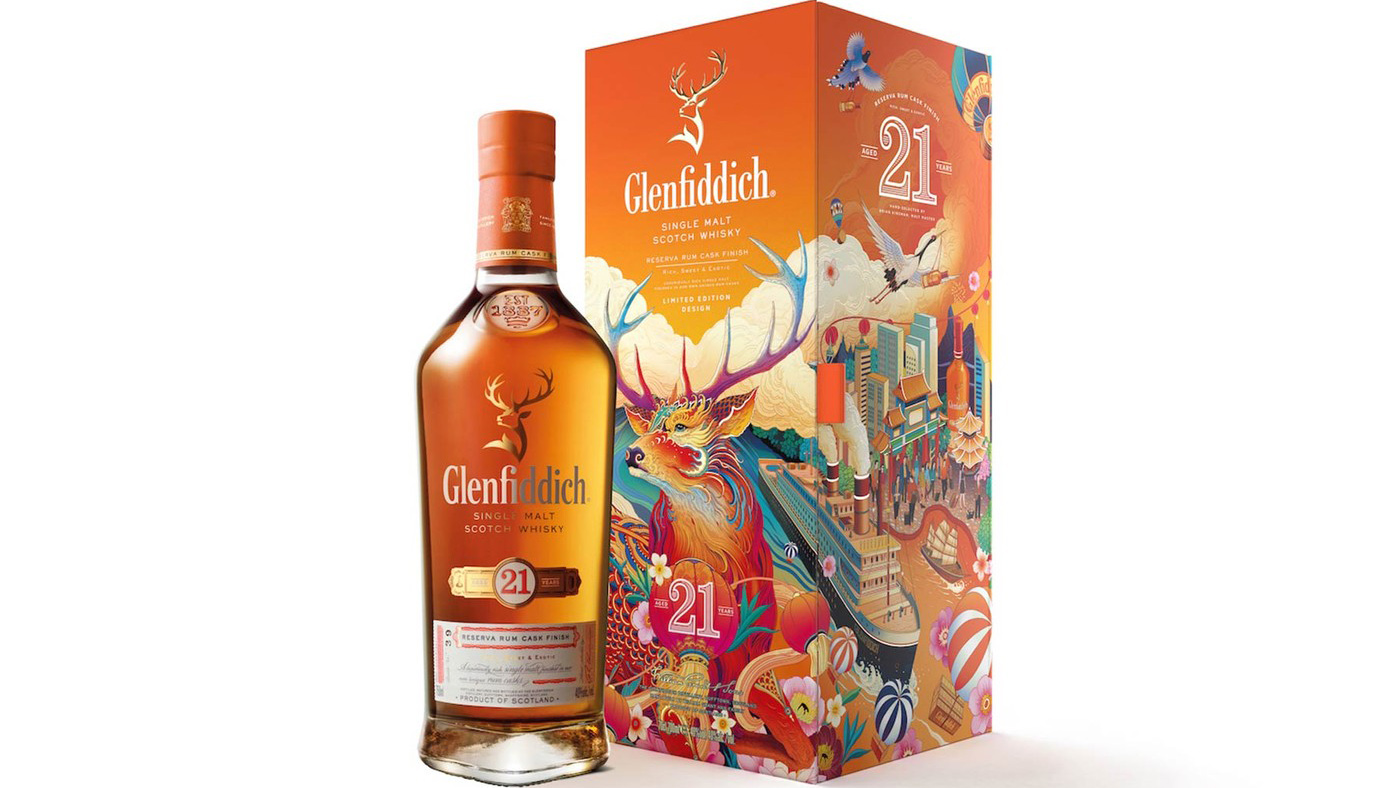 Glenfiddich has unveiled its 2021 Lunar New Year Whisky bottle, designed by Rion Wang. Part of a three-edition series, the new offering tells the story of The Great Homecoming and features a bottle of Glenfiddich 21 Year Old Reserva Rum Cask Finish Whisky. The Speyside distillery and Shenzhen-based artist also collaborated on the first edition of the series, which was released in December of 2019.

The Second Glenfiddich 2021 Lunar New Year bottle features the brand’s iconic Stag, known as Fu Lu in Mandari, and celebrates his triumphant return home to Scotland. “I wanted to tell a story that evokes the warmth and excitement of Lunar New Year – the irreplaceable feeling and anticipation of finally coming home to loved ones,” commented Wang. “Inspired by the Glenfiddich spirit of experimentation and adventure, I created an illustration that comes alive with symbols of generations old and new. I loved playing with the symbiosis of Chinese and Scottish cultures – two connected countries on opposite sides of the world.”

Glenfiddich 21 Year Old Reserva Rum Cask Finish Whisky offers aromas of barley, orange peel, marmalade, brioche, and chocolate. On the palate, the Whisky is sweet and full, offering apple, vanilla, malt, and spice. The finish is long with notes of mocha, pear, and a hint of spice.

The Glenfiddich 2021 Lunar New Year bottle is set to be released in the coming weeks and the brand has already launched a colorful campaign for the bottling, which can be watched below.

Earlier this month, Glenfiddich revealed a new campaign starring Michelle Dockery. The award-winning actress “features as a woman confident in her stride, full of power and poise, captured in striking still images.” Vogue photographer and activist Misan Harriman snapped the photos at Lyaness in London.