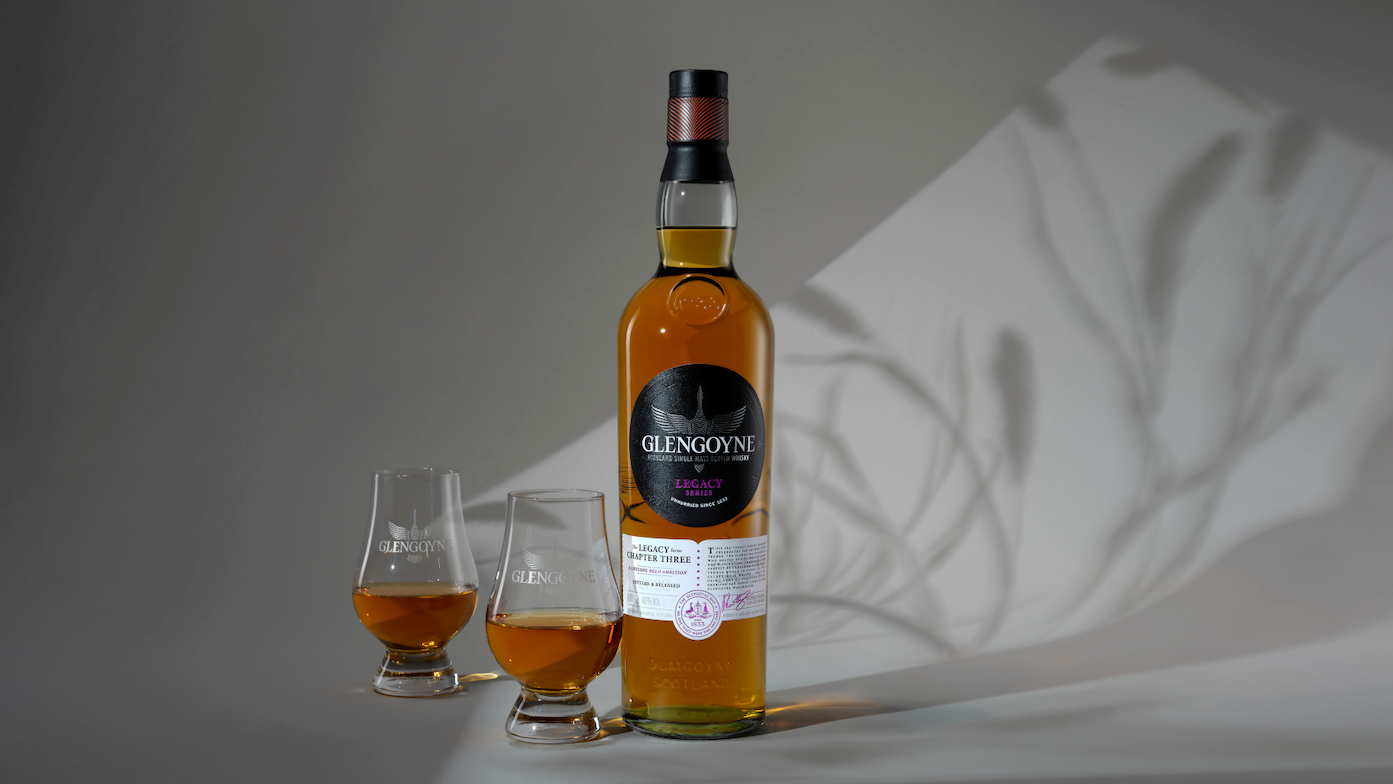 Glengoyne Highland Single Malt Scotch Whisky has revealed the third expression of its legacy series. The Legacy Series: Chapter Three is the final installment and continues to tell the unique stories of the people who have shaped the distillery over the last two centuries.

The Glengoyne Legacy Series: Chapter Three is the story of Sir Arthur John Tedder, an Excise Officer at the distillery. Sir Tedder is said to have pioneered the distillery’s ‘unhurried’ approach to whisky making, shaping the Scotch as it’s known today.

Sir Tedder was a resident at The Customs House at the Distillery between 1889 and 1893, a beautiful two-story building that is now used for malt intake. Bottled and unchillfiltered at 48% ABV, Glengoyne Legacy Series: Chapter Three delivers a pleasant waft of creamy vanilla, followed by spicy cinnamon aromas and notes of mixed berries, cutting through an indulgent base of apple strudel and juicy pears.

The final installment in the three-part series boasts a rich, fruity flavor profile, featuring notes of boozy raisins and spiced buns, slowly giving way to the silky caramel taste of Tarte Tatin and smooth cream sherry. The finish is light and fruity, which deepens with hints of pineapple, dried fruits, dark chocolate, and lingering spice.

“As our Legacy Series unfolds, each chapter represents an important part of our bold and unique history and as the final chapter, this provides a unique opportunity for consumers to complete the set of this limited release,” said Barbara Turing, Glengoyne Brand Manager. “Chapter Three is incredibly special and pays homage to Sir Tedder and the vital role he played in defining Glengoyne’s commitment to unhurried excellence. Glengoyne Distillery is known for its dedication to craft and time, one which has led us to becoming an award-winning Scotch whisky, and we owe so much to Sir Tedder for that.”

The newest addition to Legacy Chapter Three, will be available globally, as well as our distillery shop and website.

The Glengoyne Legacy Series: Chapter Three will retail at £69.99 per 70cl bottle and will be available to purchase via the brand’s official website.

In December, Glengoyne unveiled the latest batch of its rare Teapot Dram, Batch No. 008. Last October, the distillery announced the launch of the Russell Family Single Cask.