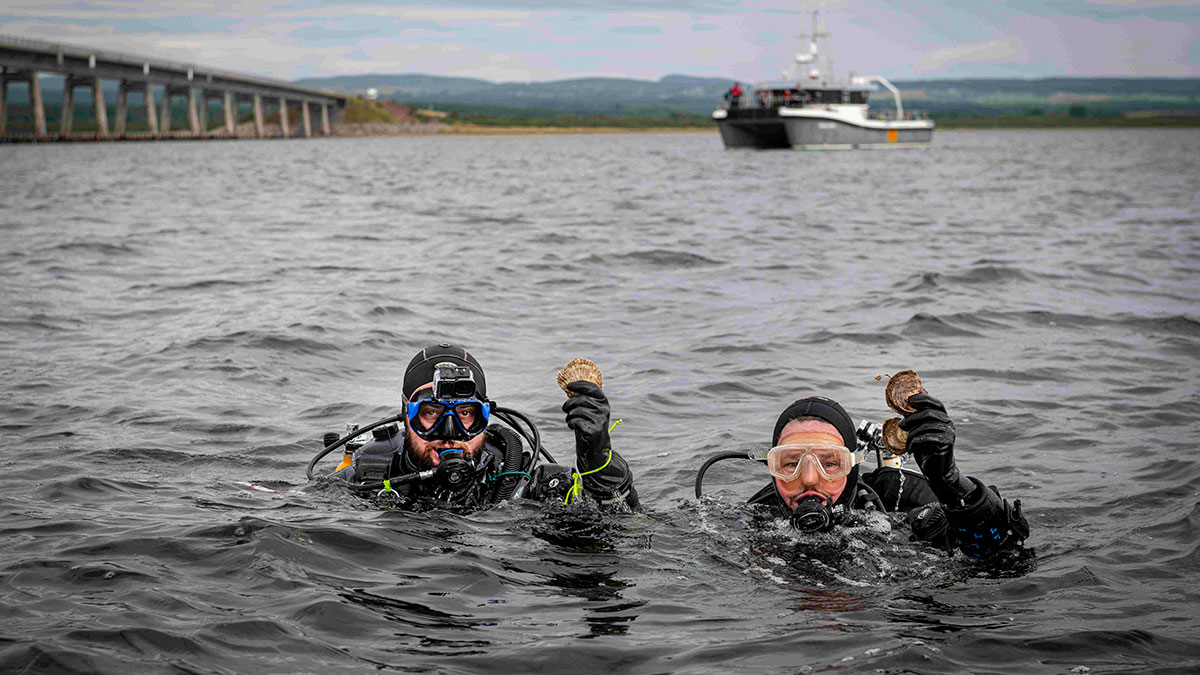 Glenmorangie Distillery and scientists from Heriot-Watt University have worked together to return 20,000 native European oysters to the Dornoch Firth. The milestone comes as part of the Dornoch Environmental Enhancement Project (DEEP), which has been restoring a sustainable native oyster reef in Scotland’s northeast.

Due to over fishing, oysters in the Dornoch Firth had gone exciting more than 100 years ago.

“DEEP continues to deliver leading research into vital areas that affect us all as we continue on the journey to a ‘net zero’ world,” said Thomas Moradpour, CEO and president at The Glenmorangie Company. “Today’s businesses must all play their part, not just to protect the environment in which they operate, but to enhance it, leaving it in better shape for the next generation.”

Glenmorangie started DEEP as part of its larger sustainability strategy in 2014, with support from Heriot-Watt University and the Marine Conservation Society. The program wants to create a sustainable reef comprising four million native oysters.

The oysters will play a key role in purifying the water which contains organic by-products from the Distillery and the local area, with one oyster able to purify up to 200 litres of water a day. The Distillery’s anaerobic digestion (AD) plant commissioned in 2017 has already successfully reduced the Distillery’s biological load on the firth by over 95%, and in a Distillery first, the oyster reef is expected to act in tandem to soak up the remaining 5%. In addition to the water purification role the oyster reef also creates a haven for marine life and will help to mitigate the effects of climate change.

Professor John Baxter, Chair of DEEP’s Independent Research Advisory Panel comprising scientists from the IUCN, The Marine Biological Association U.K. and the Native Oyster Restoration Alliance, added: “The DEEP research is greatly improving our understanding of the dynamics of oyster reef restoration. It is also helping to set the standard in all aspects of marine habitat restoration work such as biosecurity and monitoring. As we embark on the UN Decade on Ecosystem Restoration (2021-2030) DEEP is a prime example of the multiple benefits (i.e. habitat improvement, biodiversity enhancement and climate change mitigation) that can come from such initiatives.”

In the process of restoring the reef, Glenmorangie and Heriot-Watt University have worked with rural Scottish oyster growers and brood stock providers across Scotland. In a government-funded report, it was found that for every aquaculture job created in the Highlands, there was a gross value added of about £68k, demonstrating that breeding oysters for reef restoration adds extra economic value.

For more information, head over to Heriot-Watt’s official website.