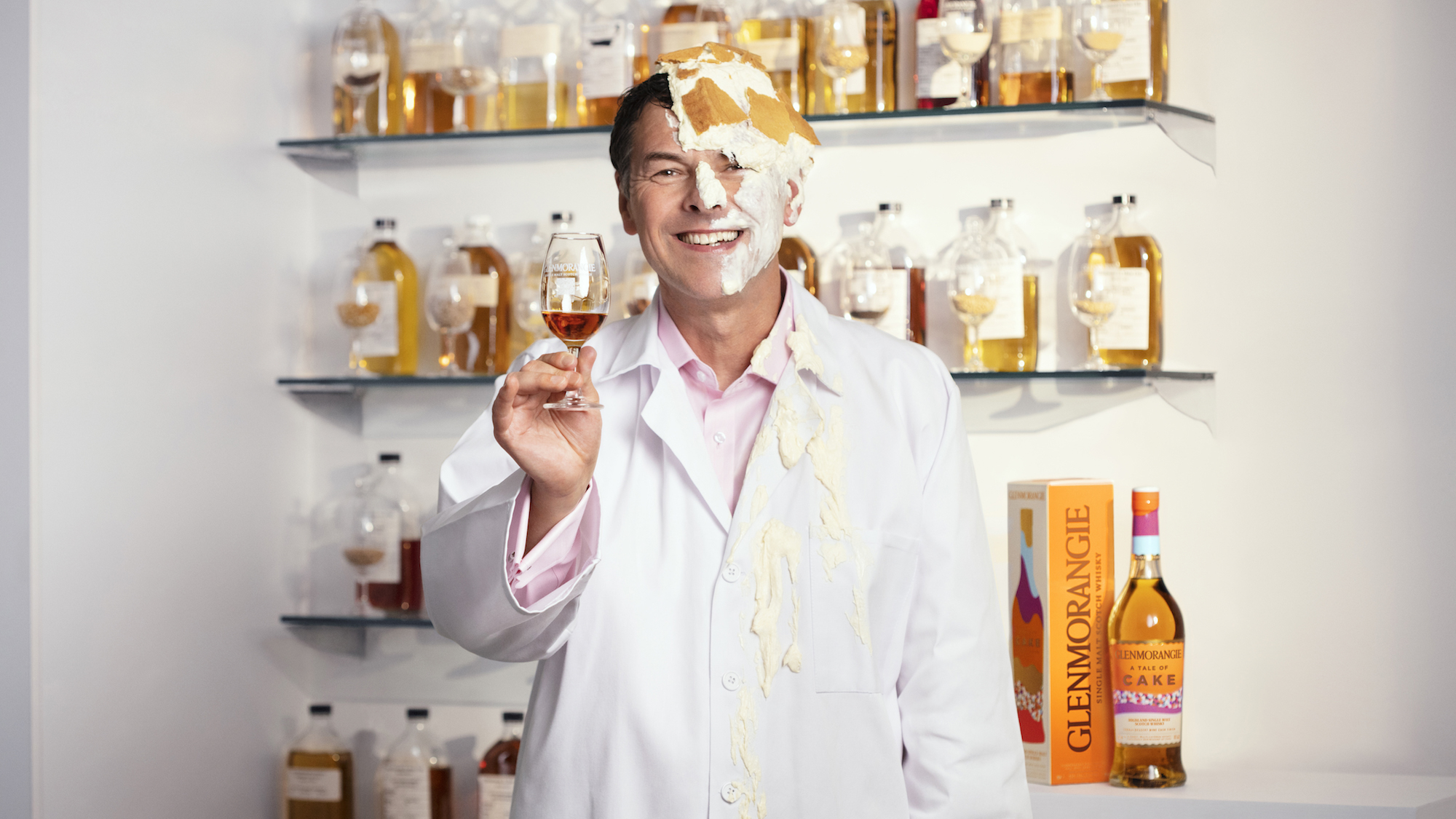 Glenmorangie has unveiled its newest expression, A Tale of Cake. The limited edition Whisky is the result of Glenmorangie’s director of whisky creation, Dr Bill Lumsden, experimenting with Tokaji dessert wine casks. As part of the release, the Highlands distillery will be teaming up with pastry chef Dominique Ansel to create a “caketail.”

According to Lumsden, Glenmorangie A Tale of Cake evokes the memories of when he would bake with his grandmother and pineapple upside down cake his daughter made him for his birthday.

“In one of my many conversations with Louise Dennett [global head of brand] from our marketing department, where I drip feed her little tit bits of information about what I’m doing so she can maybe start planning product launches, I had mentioned this product and I thought she was going to be completely amazed by this. But she said, ‘well, I like the way you’re describing the flavour, but Bill, is it not just another wood finish from Glenmorangie?’” said Lumsden. “And I said yes, and no. It is a wood-finished product but this tastes like nothing you’ve tasted before. I said think of Glenmorangie Nectar d’Or on acid and steroids and then double it, and you’re only halfway there.

“As soon as I started to mention pineapple upside down cake and coconut dusted sponge cake, and syrup sponge pudding, and almond and pecan nut croissants, she really started to get excited and that’s where this idea of cake came from. So certainly, Louise deserves most of the credit for the way it’s been presented as cake-like and we just took it from there and developed all sorts of ideas about how to present this.”

On the nose, there are aromas of passion fruit, peach, baking bread, honeycomb and vanilla, which lead to a palate of honey, white chocolate, apricot, almond and pear.The finish is said to taste of honeycomb, chocolate almond, and pecan nuts.

To celebrate the release, Glenmorangie has teamed up with famed pastry chef Dominique Ansel, creator of the cronut, to make a special cake and cocktail pairing, the “caketail.”

Ansel put a twist on a pineapple boat cake and paired it with a pineapple Old fashioned made by bartender Jeremy Le Blanche. The “caketail” pairings will be available from Ansel’s bakery in New York.

“When I first tried Glenmorangie, it opened my senses to this amazing world of colour, texture, taste and aroma – it’s a new adventure each time,” Ansel said. “I never guessed I could enjoy whisky this much, but there is friendliness to the way Glemorangie tastes. Baking and whisky making are different worlds but they have a lot in common.”

Coming in at 46% ABV, Glenmorangie A Tale of Cake will be available to purchase exclusively from Selfridges from September 22 to October 18, before being made available to other specialist retailers beginning October 18. It will be priced at RRP £75 ($95 USD).