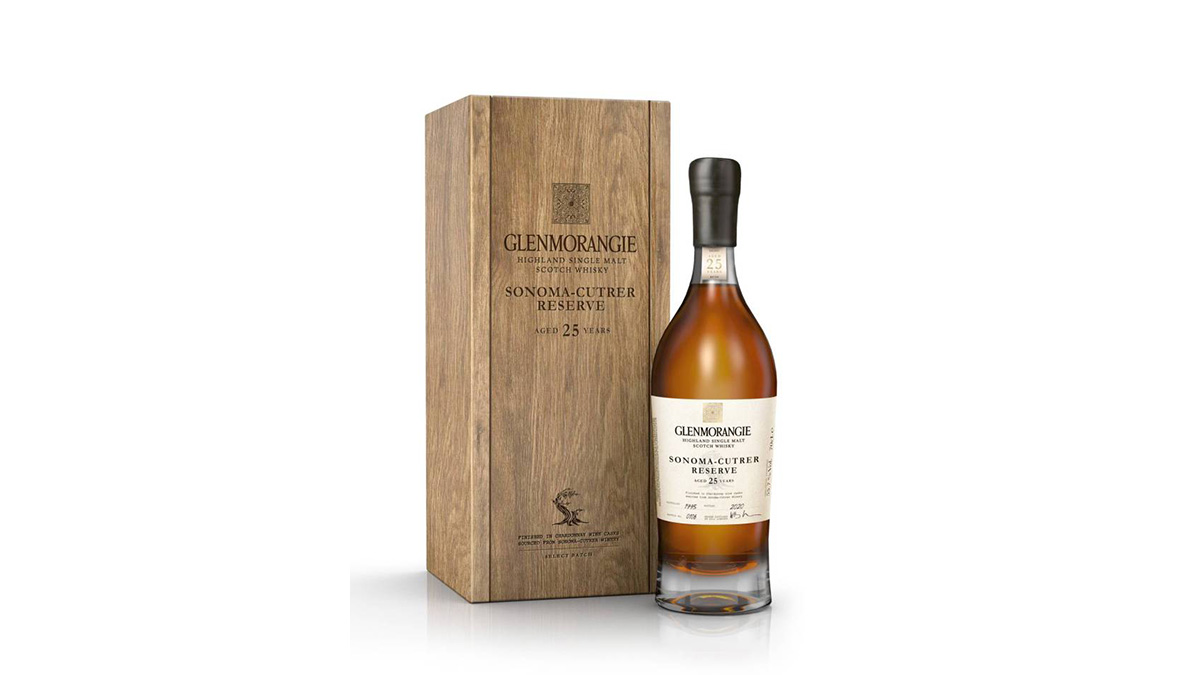 Glenmorangie has unveiled Sonoma-Cutrer Reserve whisky, a limited edition 25-year-old single malt finished in Chardonnay wine casks from California’s Sonoma Valley. Just 1,000 bottles of the Scotch have been created, and is described as one of the Highland distillery’s “most rare and unique creations.”

Glenmorangie Sonoma-Cutrer Reserve has been in the making for some time. Years ago, Glenmorangie’s director of whisky creation Dr Bill Lumsden came across the Chardonnay white wine from the Sonoma County winery. He brought back a handful of casks from the winery as he wanted to explore the “fruity and floral flavours.”

In March 2005, he filled the casks with a batch of Glenmorangie single malt whisky, which was distilled 10 years prior. After 15 years resting in the casks, the resulting whisky offers gentle, floral aromas, with citrus and vanilla on the palate. The finish is subtle and has hints of cocoa powder, toffee apple, and fudge.

“I can almost taste the sunshine ripening California’s grapes, in our richly delicious Glenmorangie Sonoma-Cutrer Reserve,” said Lumsden. “Swirling with aromas of roses and carnations, and tastes of buttery vanilla, mandarin and pears, it’s as delicious as the whisky I imagined when I first tried Sonoma-Cutrer’s Chardonnay wines, so long ago.

“Finished for 15 years in a small batch of these casks, which we have never used before at Glenmorangie, this single malt is an absolute one-off. Bold and creamy, yet still superbly subtle, it deserves to be enjoyed by whisky lovers old and new.”

Bottled at 55.7% ABV, the whisky will be made available to Moët Hennessy UK’s private client team. It is priced at £1,750 ($2,442 USD) per 700ml bottle. For more information, head over to Glenmorangie’s official website.

Last week, The Glenmorangie unveiled X, a new “sweeter, richer” whisky. The single malt Scotch was designed by the Highland brand to be mixed.