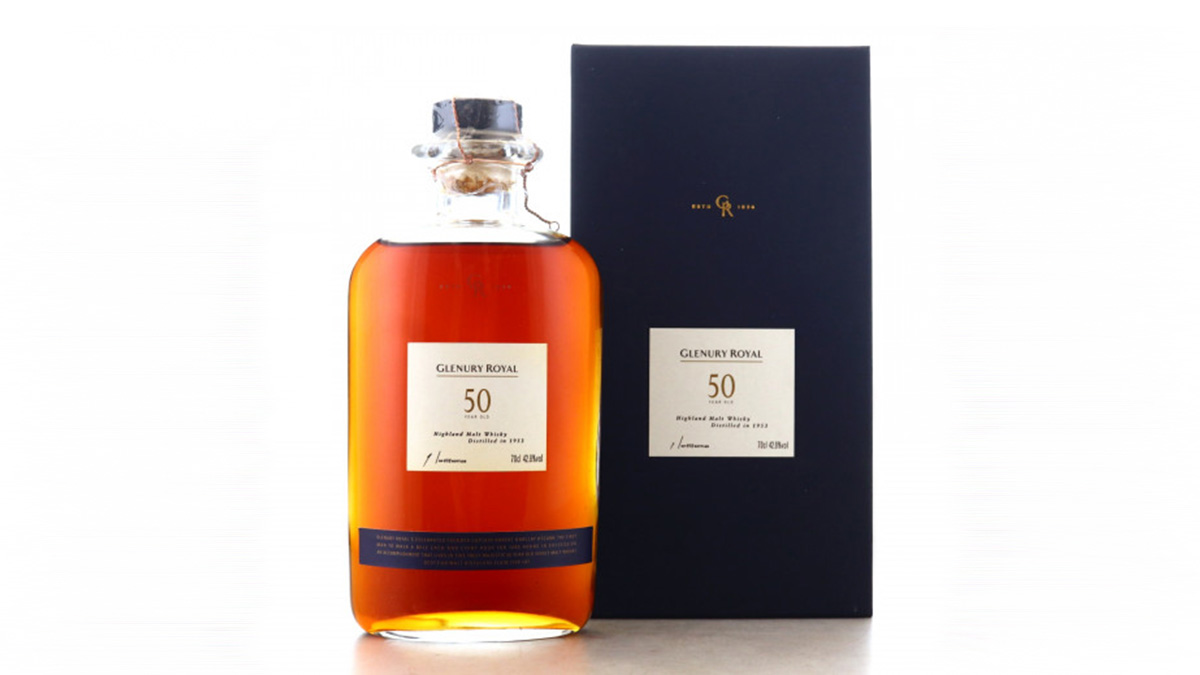 A bottle of Glenury Royal 50 Year Old just set a new auction record for the shuttered Highland distillery as it sold for $18,400 at an online auction held by Whisky Auctioneer. That’s the most expensive bottle yet from the distillery, which was closed back in 1985.

The bottle on auction was the first of just 498 of the 1953 Glenury Royal 50 Year Old, which was released in 2003 as part of Diageo’s Special Releases program. To this day, the bottling remains one of the rarest and oldest released as part of the series. The staggering hammer price goes to show that even decades after a well-regarded distillery like Glenury Royal shuts down, collectors are willing to pay the big bucks to get their hands on a bottle.

Nonetheless, the $18,400 paid for the 1953 Glenury Royal 50 Year Old is a surprising price, as just last year, bottle number 432 of 498 sold for $ 4,974 USD at a Bonhams auction. With that in mind, it seems like the once Diageo-owned Whisky producer is seeing a serious spike in popularity, and same with the secondary Whisky market.

“The secondary whisky market has witnessed significant growth in recent years and a key component of this growth has been lost distillery bottlings,” said Whisky Auctioneer’s founder Iain McClune. “With dwindling stocks many of these expressions are becoming exceptionally rare and sought after. . . For a budding collector these whiskies can be a great place to start, offering a fascinating window into Scotland’s distilling past.”

It’s not just Scotch that’s seeing a surge in auction prices. Last week, a bottle of George Roe 16 Year Old Irish Whiskey was sold for $14,000 at Victor Mee Auctions. Back in May, a bottle of Gautier Cognac 1762–yes, that’s Cognac from 1762–sold for about $146,000. On August 21, we should get a better sense of the increase of worth over in the Japanese Whisky market as a bottle of Yamazaki 55-Year-Old, the oldest bottling ever released, goes up for bidding.