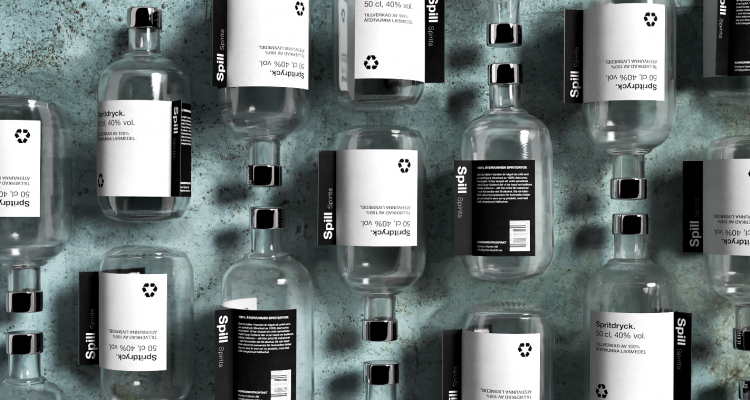 Gotland Spirits has launched SPILL, the world’s first Vodka made from food waste. In the process, the Scandinavian distillery helps one of Sweden’s largest grocery chains become waste-free.

“Some 88 million tonnes of food are wasted in the EU every year, equivalent to 173 kilos per person,” says a press release. “Not only is this a waste of resources, it also contributes to climate change. Gotland Spirits is a small Swedish distillery with big dreams of a sustainable world. They want to revolutionize the alcohol industry by making products that are truly sustainable. “

“We thought, what if instead of producing new carbs, can we recycle what’s already out there,” said Johan Johansson, founder of Gotland Spirits.

The distillery rethought the process of how alcohol is produced, and through some clever lab work, they developed a way to turn food waste into alcohol. And by fine tuning the process, they were able to come up with a high quality 45% ABV spirit.

To gather large amounts of food waste, Gotland Spirits turned to Coop, one of Sweden’s largest grocery chains, which quickly embraced the idea. Every week, tons of food that has passed the expiration date turns into a beverage with unlimited durability.

“For us, it’s a great opportunity to add to the circular flow and reduce our carbon footprint,” says Markus Wahlgren, store manager at Coop Gotland. All food waste is collected and transported to the distillery once a week, everything from pasta, crackers and fruit to baby milk powder. It feels so good to be a part of this.

SPILL Vodka was released in Sweden on February 16th.

The spirits industry overall has been hearing itself for a more sustainable future. In January, Beefeater Gin unveiled a new, more sustainable Gin bottle that will allow the Pernod Ricard-owned brand to save 410 tonnes of plastic every year.