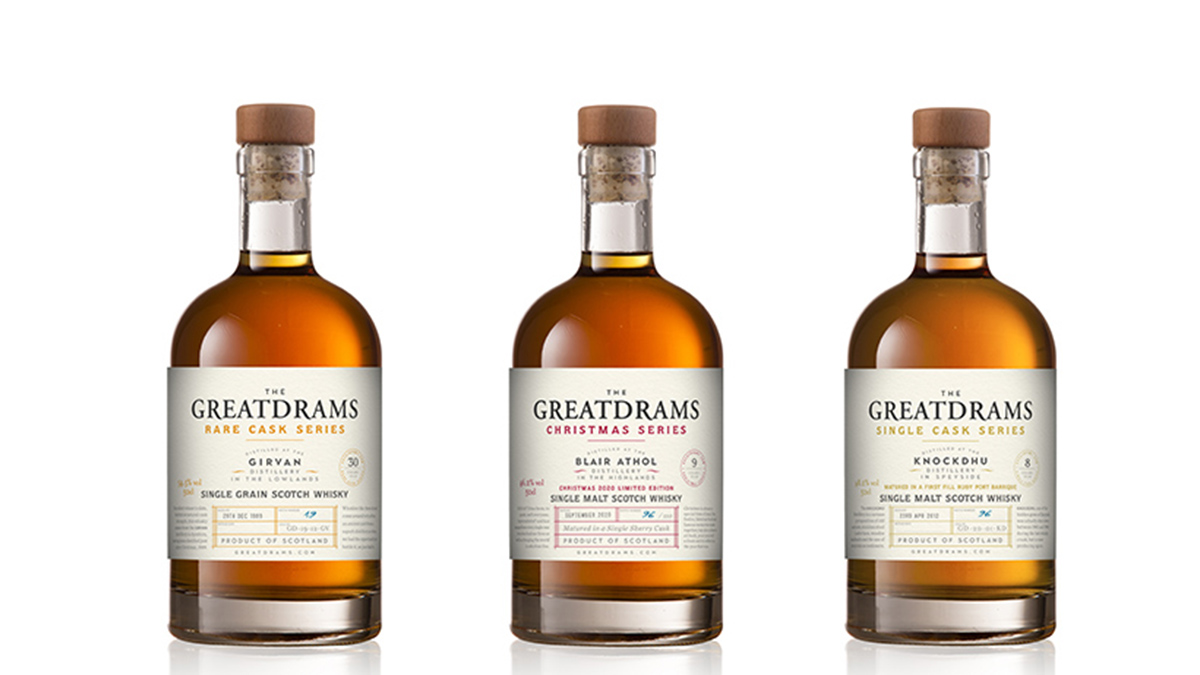 Founded as an independent bottler and cask broker by the husband and wife team of Greg and Kirsty Dillon, GreatDrams has used the lockdown to expand their offerings. All of the whiskies released by GreatDrams are non-chill filtered and of natural color and in addition to new releases, they are now taking bookings for private virtual Whisky and Gin tastings until the end of 2020.

“We have started exporting our limited edition whiskies abroad and rebuilt our website and brand from the ground up,” said Greg. “We have refocused the company to offer more bottlings than ever before, to act as a cask brokerage too and through challenging times we have built a thriving online virtual whisky tasting platform as well.

“Every whisky we release is limited edition, never repeated and never released for the sake of it,” added Kirsty. “We deliberately set the company up to only release small bottlings of each product as it keeps it interesting for us, and for our customers who come back time and again.”

As for the three new releases…

The Christmas 2020 Special Release Single Cask Single Malt Scotch Whisky is from the Blair Athol Distillery in the Scottish Highlands. It is said to have “big winter fruit notes, some zesty orange and lime and subtle, soothing spice and a hint of marzipan to create a luxurious flavour profile to conjure the flavour of Christmas cake.” Nine-years-old in age the Whisky comes in at 46.2% ABV and 150 bottles will be made available.

The Girvan 30-year-old Single Cask Single Grain Scotch Whisky is from William Grant & Sons’ Lowland distillery Girvan. The whisky was distilled just after Christmas Day in 1989 and is limited to 96 bottles. The 54.5% ABV expression is said to offer “fruity and buttery notes with a lovely vanilla sweetness that develops on the palate to give a luxurious texture.” It’s priced at £180 ($237 USD) per 500ml bottle.