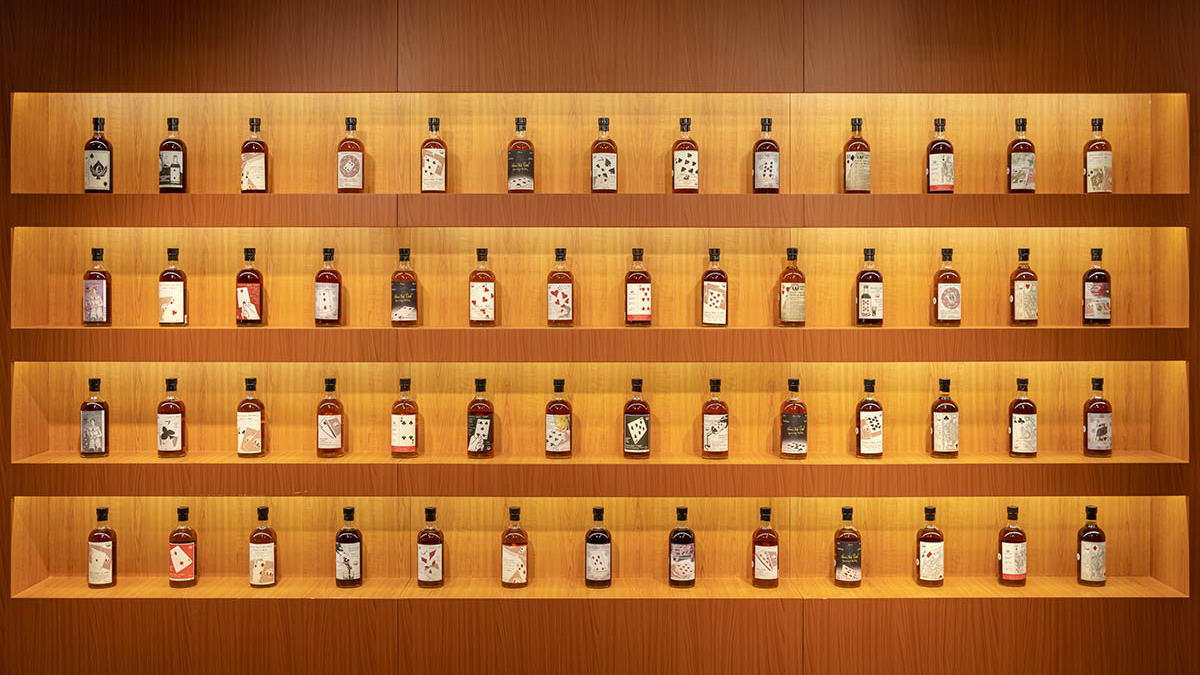 The Hanyu Ichiro Full Card Series set an auction record for a Japanese Whisky collection last week after it sold for $1.52 million USD at the Bonhams Fine and Rare Wine and Whisky Sale. The auction took place in Hong Kong between November 20 and 21.

The Hanyu Ichiro Full Card Series is made up of 54 bottles of Whisky and was released between 2005 and 2014. Each bottle in the set represents a playing card in a deck of cards and was sourced from a single cask dating from 1985 to 2014.

The Hanyu distillery was founded in 1941 by Isouji Akuto, a 19th-generation descendent in a line of saké brewers. The distillery was shuttered in 2000, however, Isouji’s grandson, Ichiro Akuto, took ownership of 400 casks from the distillery, and hand-picked each whisky that was released between 2005 and 2014 as part of the Hanyu Ichiro Full Card Series.

“Today, Japanese whisky set a new market high point,” commented Daniel Lam, Bonhams’ Director of Wine & Spirits, Asia. “We are thrilled to establish yet another world auction record with the Hanyu ‘Full Card Series.’ The bidding for the 54 lots was spirited and global, with strong participation from young collectors under 40 years old. This fully demonstrates the universal appeal of whisky, and the deep market appetite for what is now ready to be one of the most collectible categories for the next generation.”

This Full Card Series came from Aaron Chan, owner of Hong Kong’s Club Qing whiskey bar. The collection was previously the centerpiece of the bar, which opened in 2015.

Last month, it was announced that the Hanyu distillery will likely reopen in 2021. Drinks company Toa Shuzo, who owns the legendary brand, announced plans to rebuild the shuttered distillery.