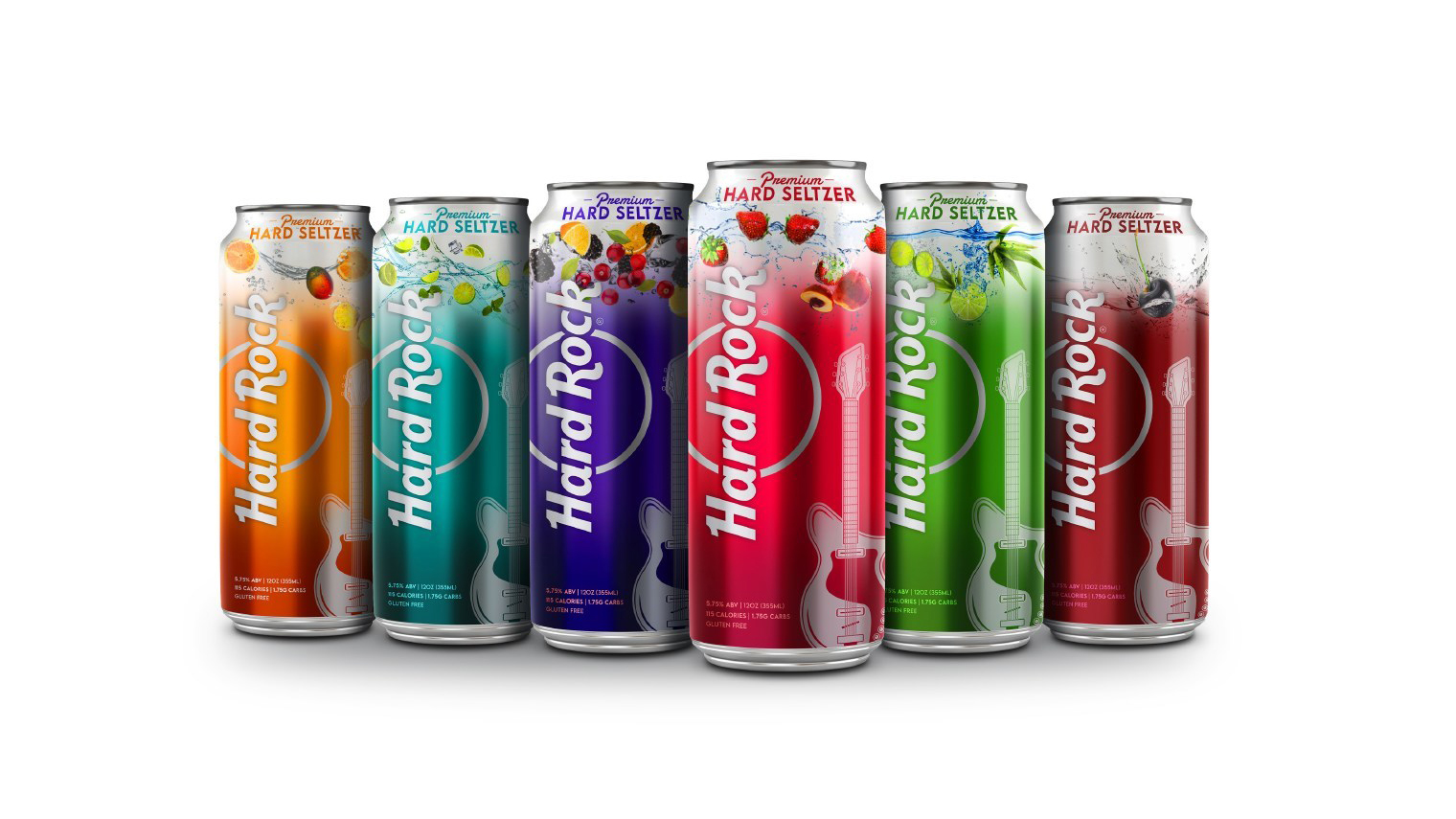 Hard Rock Premium Hard Seltzer is crafted with music fans in mind and comes in a variety of options that highlight Hard Rock Cafe’s most prominent cocktails and fan favorite flavors. Coming in at 5.75% ABV, the new RTD offerings are gluten free and just 115 calories. Those eager to bring home the new canned cocktails will be able to purchase them at select beverage retailers and grocery stores nationwide beginning this holiday season.

The licensing partnership between Hard Rock and Stewart’s Enterprises was negotiated by Broad Street Licensing Group (BSLG). Back in February, the dining and entertainment brand announced its partnership with BSLG to further extend Hard Rock’s consumer reach through targeted products that emphasize the brand’s core DNA that is deeply rooted in music. In addition to Hard Rock Premium Hard Seltzer, the two companies will continue to introduce a variety of new and exciting products to fans around the world throughout 2020 and beyond.

“Through our partnership with Stewart’s, we have created truly unique flavor profiles and music-inspired package designs that fans will love,” said Mark Linduski, Director of Licensing for Hard Rock International. “As we continue our efforts to grow Hard Rock’s licensing platform globally, this collaboration positions us as a premium brand within a surging category.”

“We are thrilled to be working with the licensing team at Hard Rock International and Broad Street Licensing Group to bring a premium hard seltzer to Hard Rock and Stewart’s fans alike,” said Frank Rubba, Founder and President of Stewart’s Enterprises, Inc. “We look forward to introducing Hard Rock Premium Hard Seltzer to retailers nationwide and all places where hard seltzer is currently sold.”

“The excitement around the partnership is immense,” said Peter Strahm, CEO of Stewart’s Enterprises, Inc. “The combination of an iconic brand entering a red-hot category has our team literally ready to rock.”