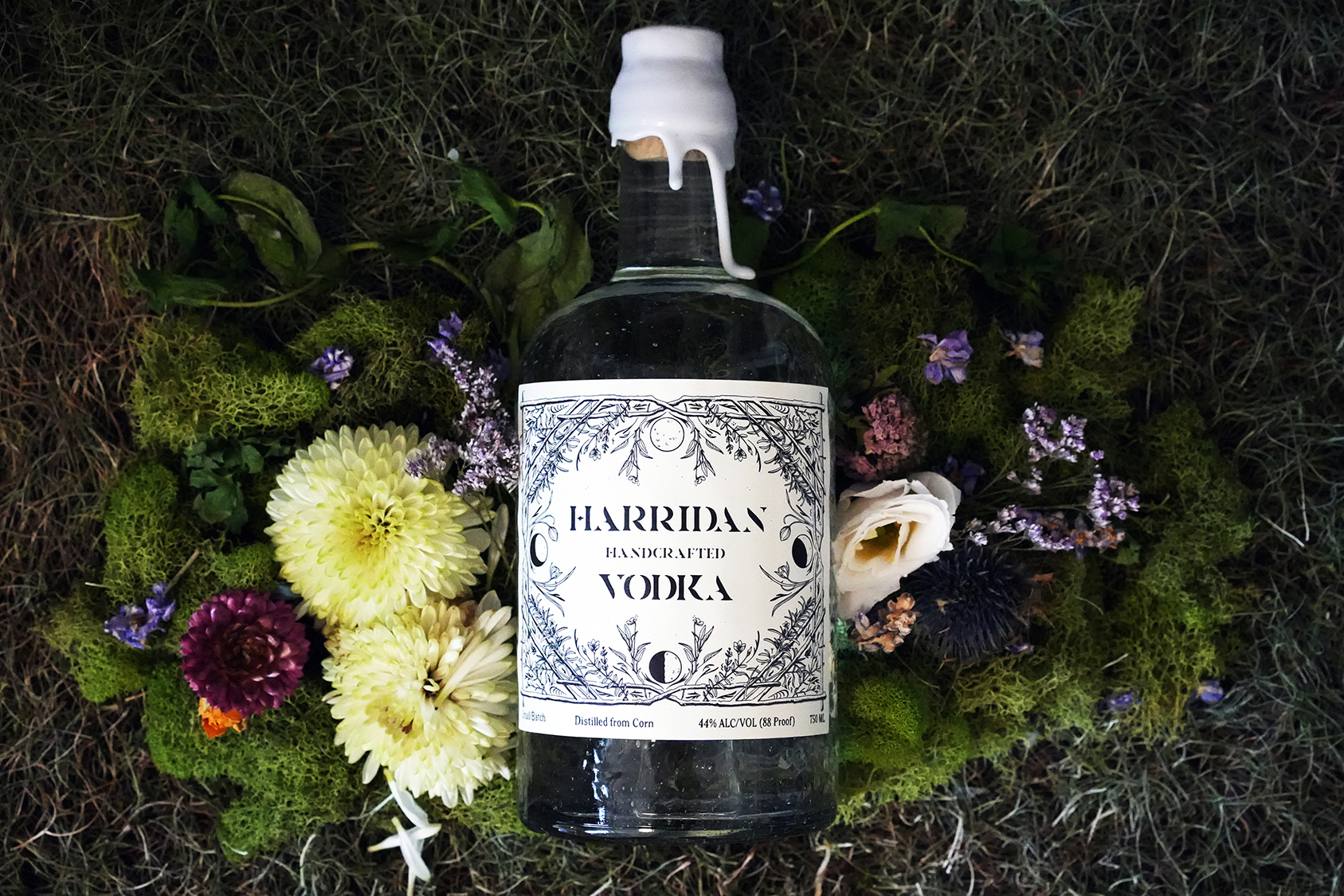 Harridan Vodka has announced the launch of its limited edition “Midsummer Reserve.” Saluting the Summer Solstice, the spirit rested under a full moon during May’s lunar eclipse, “cleansing and charging the bottle with distinctive lunar energy,” explains a press release.

Featuring a bespoke label and hand-dipped in white wax, Harridan Midsummer Reserve is crafted from organic corn and double-distilled, retaining a floral aroma and creamy mouthfeel. Notes of citrus and black pepper follow, with a velvety layer of toffee and caramel and a hint of vanilla on the finish.

The expression was created in partnership with The Hoodwitch, one of the Internet’s most famous witches who has more than 470,000 Instagram followers. It is packaged in an engraved wood Ritual Box and each box includes a rosemary smudge stick, ritual candles, a ritual oil bottle, crystals (Aventurine, Tiger’s Eye and Pyrite) as well as a zine created by The Hoodwitch with exclusive spells, tarot card spreads, Harridan Vodka cocktail recipes and instructions for how to use these tools.

Harridan Vodka was founded by Bridgette Taylor, a Harvard M.B.A. who is committed to defying stereotypes about vodka and what women want to drink. With its name meaning a bossy and/or belligerent old woman, this “Spirit of Defiance” looks to defy the vodka category by having a complex, sippable flavor profile and to defy the spirits industry overall with its unabashed feminism and fascination with the occult.

“We are extremely proud to now be certified organic and thrilled to unveil our Midsummer Reserve limited edition to celebrate the Summer Solstice,” says Taylor. “We are authentically celebrating witchcraft with none other than The Hoodwitch, who has legions of fans around the world. We love the prosperity ritual she has created to accompany this bottle, inviting individuals everywhere to embrace their power. Her aesthetic, values and community are very much aligned with Harridan Vodka. We are also excited to be working with TikTok star and hosting aficionado @DrinksbyEvie, who will certainly bring her signature retro vibe via exceptional cocktails and stunning flower design.”

On Saturday, June 25, Harridan Vodka will host two back-to-back events at Barely Disfigured in Cobble Hill, Brooklyn, to celebrate the launch of the Midsummer Reserve and Summer Solstice with Harridan Vodka specialty cocktails, flower crowns, tarot card readings and magic. The events will be officiated by The Hoodwitch and Evie Negri-Albert, with tickets available for purchase here.

Bottled at 44% ABV, Harridan Midsummer Reserve Vodka is priced at $129.99 per 750ml bottle and is available via the brand’s official webstore.