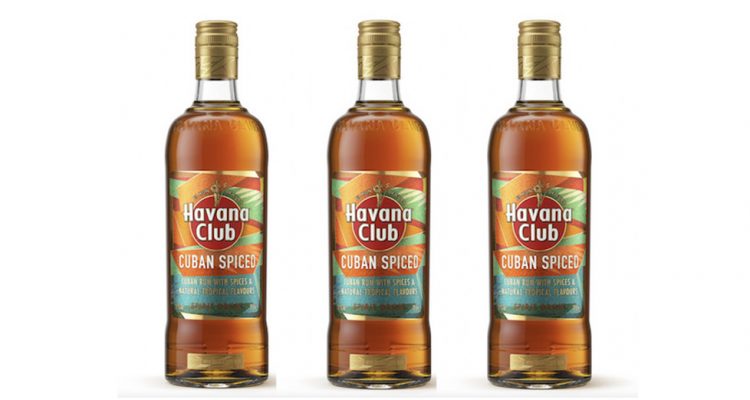 Havana Club has released a new Cuban Spiced offering. The Cuban brand’s new variant was launched in an effort to bring more millennial and Generation Z consumers into the Rum category. Along with the new spirit, the brand will also launch a RTD canned cocktail featuring Havana Club Cuban Spiced Rum mixed with cola.

“In keeping with the authentic approach we bring to rum making across the rest of the Havana Club range, we felt there was an opportunity to create a spiced offering that would play out particularly well with this millennial and legal-aged Gen Z audience,” said Anne Martin, international marketing director at Havana Club. “The result is a truly unique proposition with a gender-neutral look and feel that is already performing incredibly strongly in pre-launch consumer research.

“For example, more than three quarters of legal-aged Gen Z consumers we polled said they would purchase Havana Club Cuban Spiced, with the fresh and unique taste of the liquid and strong stand out of the packaging proving particularly attractive to this audience.”

Havana Club is first launching its Cuban Spiced Rum in the United Kingdom, because spiced Rum sales have soared over the past few years in that market. From there, the brand will roll the product out across the globe.

“As the leading market outside the US for spiced rum globally, the UK is the natural place to launch Havana Club Cuban Spiced,” said Martin. “It also continues to be one of the fastest-growing spiced rum markets. There are many other territories where there is a clear and growing demand for spiced rum, not least the likes of Canada, France, Germany, and South Africa, as well as Russia, Mexico, Australia, and many other diverse markets.”

Marnie Corrigan, brand director at Pernod Ricard UK, added: “The UK is the perfect place to launch Havana Club Cuban Spiced before its global roll out. The UK is not only the biggest spiced rum category in terms of value and volume sales outside the US, but it also remains a buoyant and dynamic market testing ground for innovation.”

“Our intention is to make the product widely available for our strategic target consumers in both the on- and off-trade channels, and we see great potential for a strong performance in both,” said Corrigan. “Whilst the on-trade may initially be challenging depending on restrictions around Covid, this channel has always played a crucial role in Havana Club’s success and we’re sure that this will also apply for Cuban Spiced as and when circumstances are appropriate. In the meantime, grocery and e-commerce opportunities will be particularly and highly relevant as UK consumers continue to look for exciting new drinks propositions.”

Havana Club Cuban Spiced offers balanced notes of sweet vanilla and aromatic spices with guava, toasted coconut and fresh pineapple. It will be available in the UK beginning this March for the price of £22 per 70cl bottle.