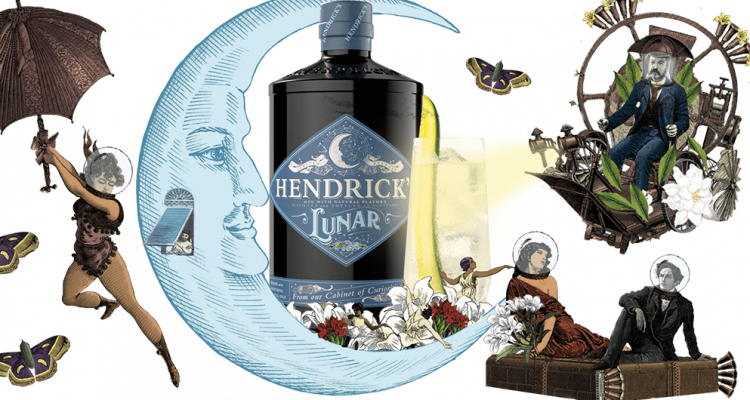 Hendrick’s has announced the second edition of its Lunar Gin, and it arrives just in time for the first full moon of 2021. The new offering is the second limited-edition release from the English brand’s master distiller Lesley Gracie and her Cabinet of Curiosities.

“Instilled with botanicals that flourish below the light of the moon, Hendrick’s Lunar Gin will be released in the States on January 28, when the first full moon of the new year occurs,” says the company. To honor the release, Hendrick’s invites Gin enthusiasts and stargazers alike to enjoy what is “quite likely the world’s first Lunar gin” and take part in the “moonbathing” ritual to embrace the New Year.

“Moonbathing is the act of basking under the moon’s glow to take in its transformative healing qualities and instil calmness in oneself by relieving the imbalances of the mind and body,” explains the distillery. “Moonbathing can be done beneath any night sky.”

“Hendrick’s Lunar offers a delicate balance of gentle spice and subtle floral notes with a soft citrus finish,” says Vance Henderson, Hendrick’s ambassador to the United States. Adding, it’s “the perfect gin to savor casually at home or during starry nights with friends” while moonbathing under the night sky. “…Instead of baking under the harsh light of the sun with barely any clothes on, one can dress stylishly below the moonlight, which supports celestial contemplation, and many claim, provides the ideal ambiance for rejuvenation and a renewal of the mind and body.”

For those looking to experience the transformative effects of the night sky for the first time, Hendrick’s is offering a full moonbathing kit, which includes moongoggles, a lunar blanket, and moonscreen lotion, which fans can purchase on Hendrick’s Tiny Shop.

“The first full moon of the year brings new beginnings,” Henderson said, “and by using typical twilight hours using them for restorative moonbaths accompanied by a Lunar cocktail, we can potentially soothe the demeanor of the world or at least a tiny proportion identified as the ‘nocturnal curious.'”