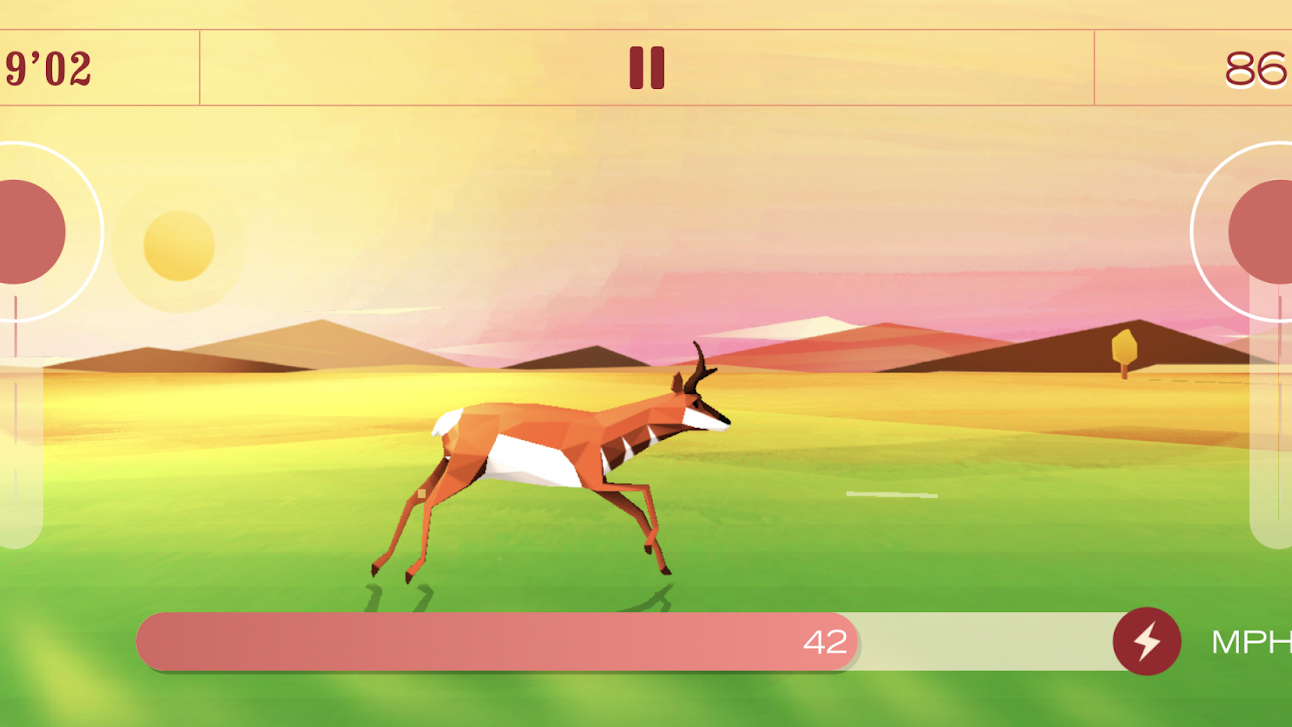 To Kick off Great Outdoors Month, High West Distillery has announced the launch of Prairie Dash, a limited-time mobile game crafted in support of non-profit organization American Prairie. The game gives whiskey lovers and gaming enthusiasts alike a chance to give back and help conserve the natural habitat of Montana’s Great Plains.

For every game played, High West will donate $1 to American Prairie, up to $50,000, and one player will win a curated, once-in-a-lifetime, Western adventure to the distillery’s hometown, Park City, Utah. In the game, Players compete in a collection of quick-time challenges from the perspective of North America’s fastest land animal, a pronghorn. Players can use their thumbs to try and reach 61 miles per hour, the top speed of the pronghorn, during challenges like slaloming through herds of bison.

In addition to competing, High West supporters can also purchase the distillery’s American Prairie Bourbon on the distillery’s official website or through Drizly, with a portion of the proceeds donated to the bottle’s namesake organization.

“We are committed to celebrating and conserving the beauty and nature of the West, the place we call home. With the launch of Prairie Dash, we’re excited to bring that mission to life and provide both High West loyalists and new brand fans with a chance to take part in the efforts,” said Daniel Schear, General Manager of High West. “American Prairie is truly one of the most fantastic projects of our time, and it’s been an honor to work alongside their team to protect today’s Western habitats for future generations to come. We invite our community to join in on the movement, too, all while enjoying a little friendly competition and sipping on one of our favorites, American Prairie Bourbon.”

High West first partnered with American Prairie in 2012 to support the organization on its journey to assemble the largest nature reserve in the lower 48 states. When complete, the Reserve will be approximately 5,000 square miles; larger than Yellowstone, Yosemite and Grand Teton National Parks combined.

“We are excited about this new venture with High West and appreciative of their support of our mission all these years,” said Alison Fox, CEO of American Prairie. “Like us, they are committed to the West’s culture, heritage, and natural beauty and we’re proud to partner with this conservation-minded company.”

Available to play for the month of June only, the winner of Prairie Dash will be announced in July.  Head over to race.highwest.com for a chance to win the Prairie Dash.