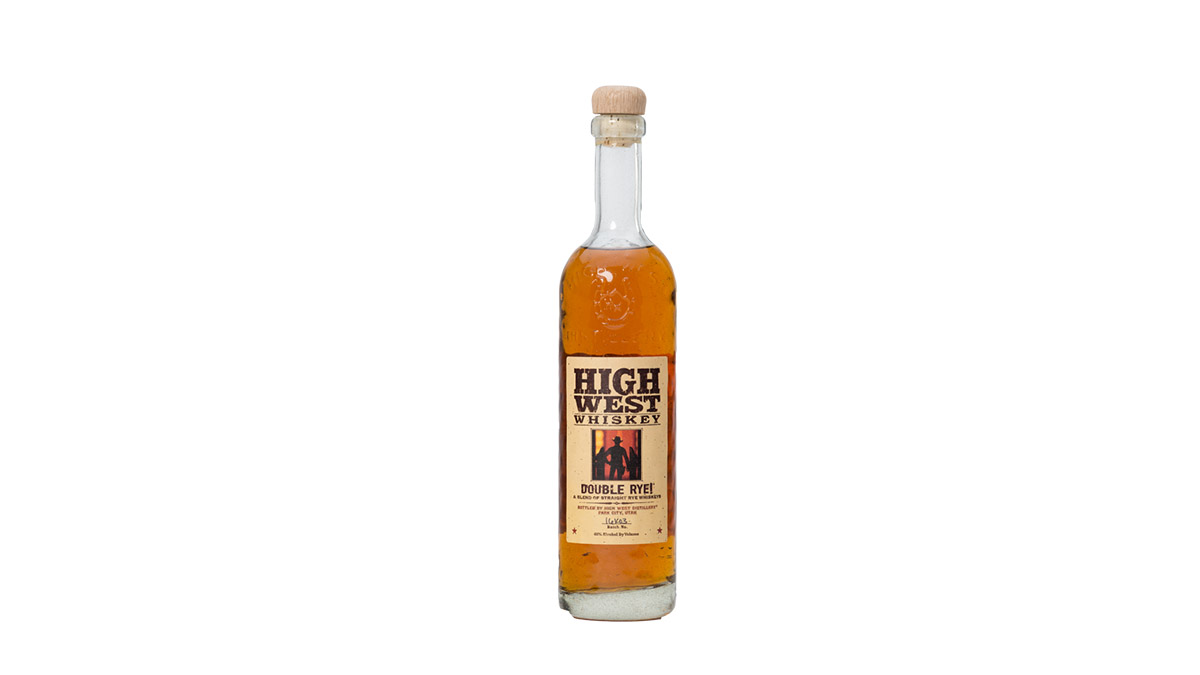 High West Double Barrel Rye is billed as a “very spicy Rye Whiskey,” and while that is certainly true, it’s only part of what makes this one of the best Rye’s in its price range available on the market.

High West Double Rye balances cinnamon, anise, and honey to make a spirit that’s great on its own and in cocktails. It’s the perfect choice for classics like a Manhattan or an Old Fashioned.

As mentioned before, we love High West Double Rye on its own (neat or on the rocks), and we think it might go best with camping. Sipping it by the fire with stars overhead and those spices kicking across the palate make for fantastic moments.

Double Rye is a blend of two different rye whiskeys, and is crafted to be twice as spicy as the average Rye. The whiskeys are a minimum of two years old, a younger one sourced by High West that possesses evergreen “gin-like” flavors, and an older one distilled by High West  made using a pot still that adds a richer, bolder character and just enough caramel sweetness and woody vanilla richness to calm the “bite” of the younger rye.

On the nose, Double Rye presents mint, clove, cinnamon, licorice root, pine nuts, and dark chocolate, along with an unexpected burst of herbal botanicals. On the palate, Rye spice appears bold and immediately, along with menthol, mint, eucalyptus, herbal tea and a few drops of decadent honey. The finish features cinnamon and mint, which gradually sweeten through the finish, along with a hint of anise.

High West is Utah’s first legal distillery since 1870 and the world’s only ski-in gastro-distillery. Located in Old Town Park City, visitors can walk or ski into the facility. The distillery also makes American Prairie Bourbon, Rendezvous Rye, and Campfire Whiskey.