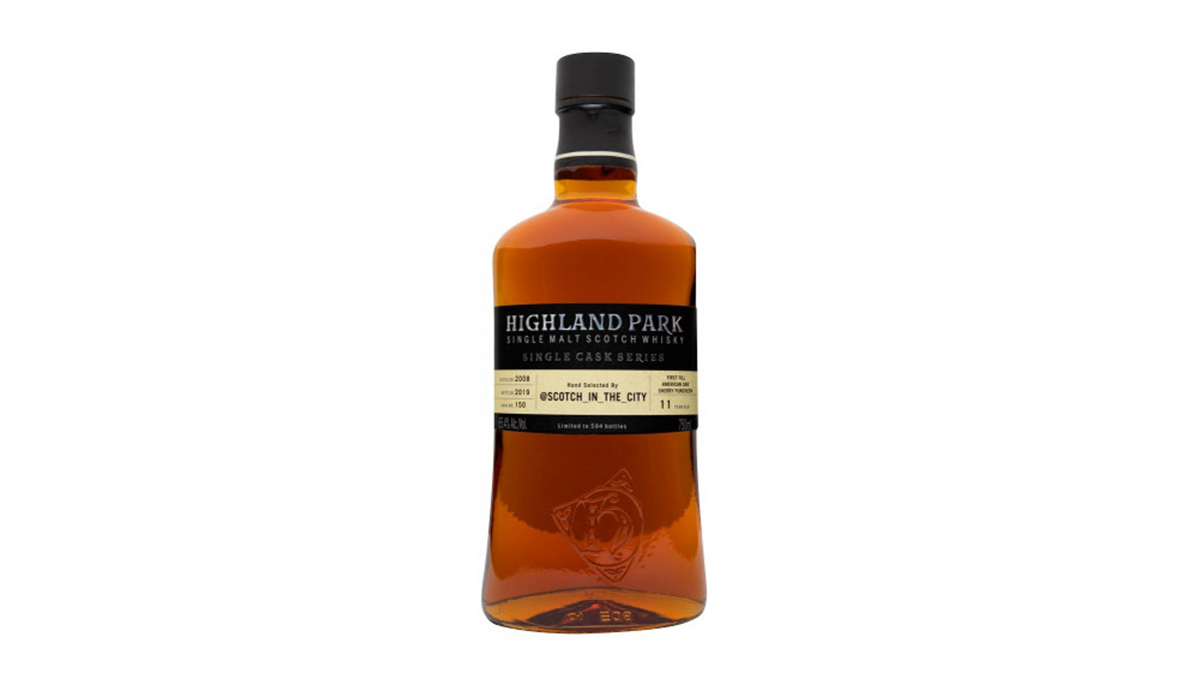 Highland Park has teamed up with Kevin and Nick of the Scotch in the City Instagram account to create a special single cask whisky. Proceeds from the partnership will be donated to a COVID-19 emergency response fund that aids children of first responders.

For the Highland Park Single Cask Series Scotch in the City Edition, Nick and Kevin blind tasted several cask samples with Master Whiskey Maker Gordon Motion. They selected Cask #150 — a first fill American oak sherry puncheon. The cask was originally filled in 2008 and left to rest for 11 years before its coming of age in 2019.

On the nose, the special edition Scotch offers aromas of creme brulee. The palate features notes of vanilla, rose, cedar wood and lemon peel. The finish delivers woody spiced. It’s bottled at a natural cask strength of 65.4% ABV and is non-chill filtered.

“As native New Yorkers whose main work is as first responders, we have experienced and witnessed the impact of the pandemic on families and businesses first-hand,” said Nick and Kevin. “When the opportunity came up to partner with Highland Park on a special release, it was imperative that we use this to give back.  Through this donation to The First Responders Children’s Foundation COVID-19 Emergency Response Fund, we are so grateful that we’ll be able to give families impacted by the crisis a bit of relief.”

Just 594 bottles of the Highland Park Single Cask Series Scotch in the City Edition will be released. It is priced at $155 and can be purchased via Caskers.