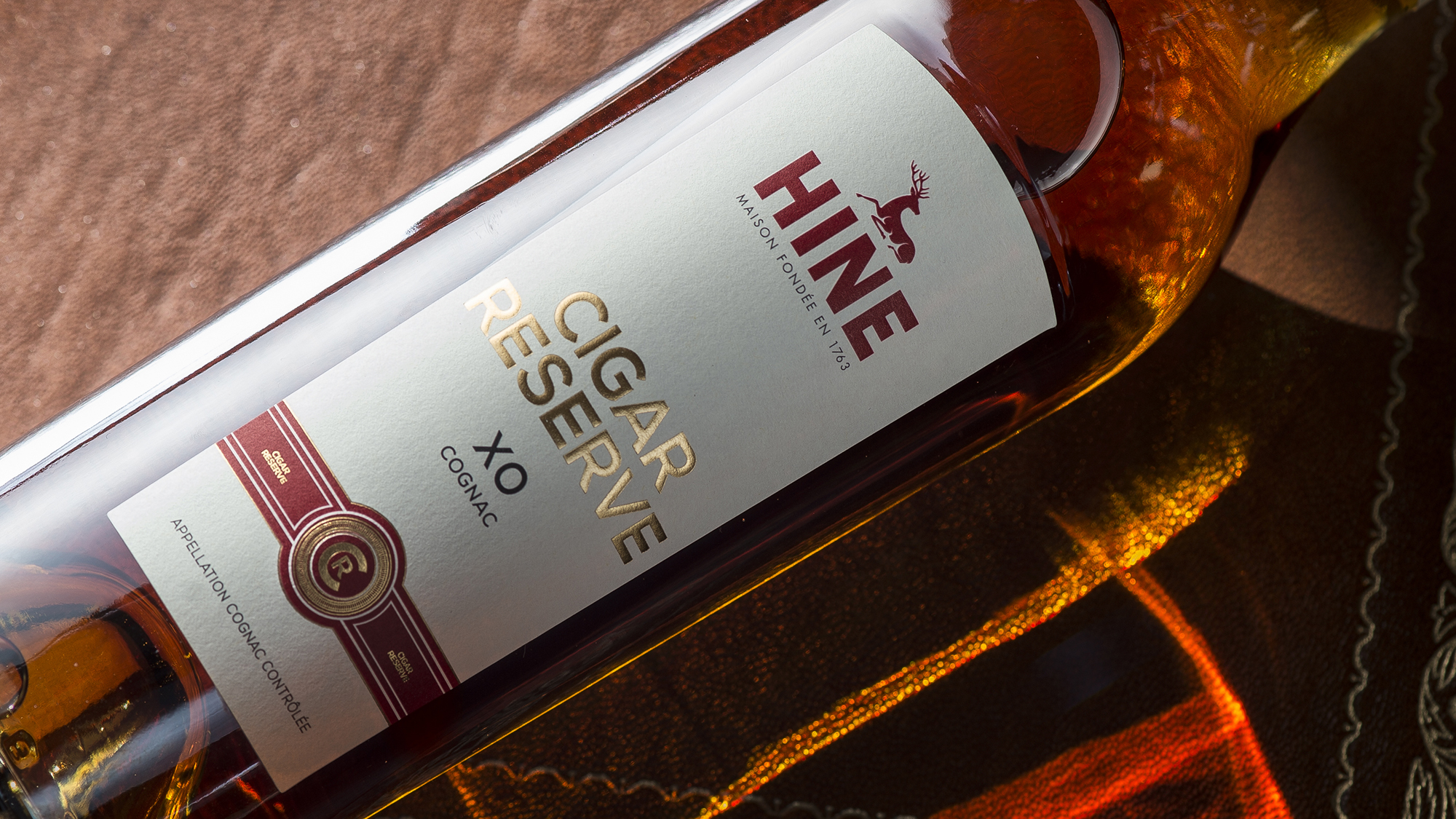 The House of Hine has announced the US release of Hine Cigar Reserve XO, a rich and distinctive cognac crafted to sip alongside premium Cuban cigars. The result of a collaboration between the House of Hine and Hunters & Frankau of London, the UK’s exclusive distributor of Havana cigars established in 1790, HINE Cigar Reserve XO marries the expertise of these two long-standing industry leaders to orchestrate an experience that caters to the desires of cigar aficionados.

The impetus for Hine Cigar Reserve XO began 35 years ago when sixth generation HINE Honorary Chairman, the late Bernard Hine, crossed paths with Hunters & Frankau Managing Director and eventual Chairman, the late Nicholas Freeman. The two shared a mutual affinity for cognac and cigars, which prompted the idea of creating a world class cognac specifically designed to pair with the most expressive Havana cigars. Following a decade of tastings, samplings, and trips back and forth between London and Jarnac, the inaugural bottling of Hine Cigar Reserve XO was introduced in Europe in 1996. Twenty-five years later, this exclusive Hine offering is poised to make its U.S. debut in partnership with American importer, Hotaling & Co.

“At Hine, we take great pride in crafting a dynamic range of quality cognac for discerning palates, but perhaps more importantly, we mindfully craft each expression through an experiential lens, blending to achieve specific profiles for specific experiences,” said Thibaut Delrieu, Hine Commercial Director. “Hine Cigar Reserve XO is no exception. With countless parallels between cognac and cigars, we spent years working to find the perfect balance of aromatic and flavor complexity tailored to complement the first puffs of a powerful and fragrant medium-bodied Havana cigar.”

Hine Cigar Reserve XO features a blend of twenty eau-de-vie produced using Grande Champagne, Petite Champagne, and Fins Bois grapes aged for over 15 years. Crafted in a bold style to stand up to the intensity of a strong and flavorful cigar, Cigar Reserve is the only expression in the Hine portfolio blended with Fins Bois grapes. The result is a rich and opulent cognac filled with complex layers of spice, fresh pepper, and tobacco underscored by walnut, honey, and lightly toasted flavors.

“Hotaling & Co. is pleased to introduce this exclusive offering within Hine’s prodigious portfolio of cognacs to the U.S. audience,” said Dan Leese, President and CEO of Hotaling & Co., U.S. importer of Hine Cognac. “Hine Cigar Reserve is a distinctive expression of the House’s expertise and takes the guesswork out of the time-honored tradition of pairing premium cigars with luxury cognac.”

With 598 six-bottle cases allocated for sale in the US, Hine Cigar Reserve XO is now available in select retailers nationwide for $150 per 750ml bottle.

If you’re more of a Scotch fan, Tamdhu announced the global launch of its limited-edition Cigar Malt No. 01 back in September.

Fans of luxury spirits and cigars who happen to find themselves in Los Angeles, may want to stop by the recently opened The Cigar and Whiskey Bar at The Maybourne Beverly Hills.