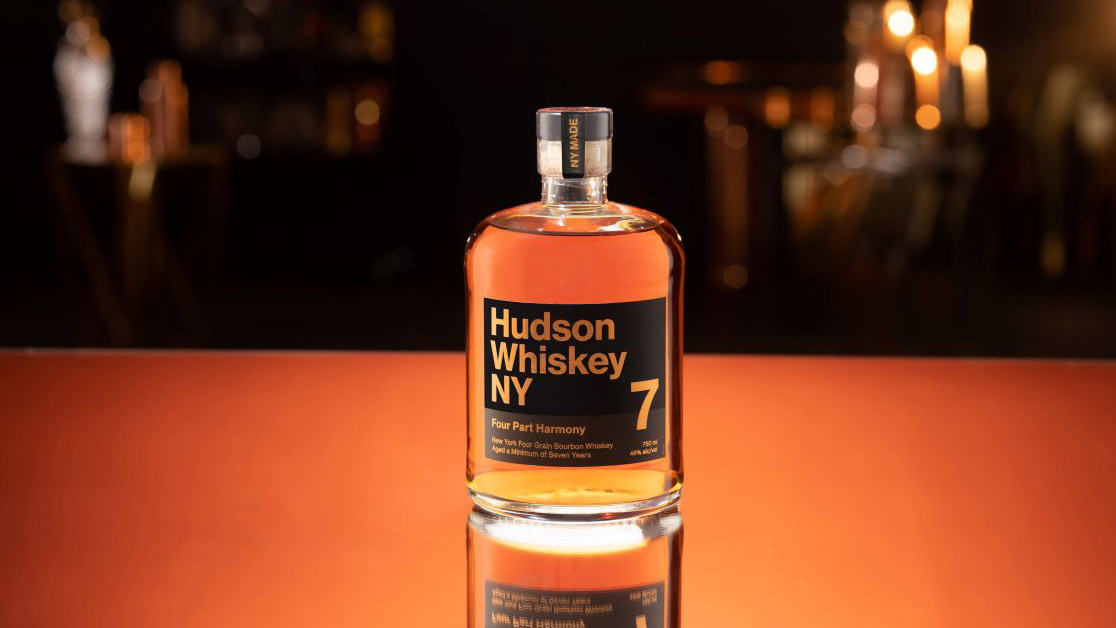 Pot distilled from a mash bill of 60% corn, 15% rye, 15% wheat and 10% malted barley, Hudson Four Part Harmony uses grains sourced locally in New York and is Kosher certified. The whiskey is aged for a minimum of 7 years and bottled at 46% ABV. It was craft distilled at Hudson’s Tuthilltown Spirits Distillery, the first New York distillery to open post Prohibition and where Hudson Whiskey was born.

“I am so proud of this liquid,” said Brendan O’Rourke, Hudson Whiskey’s chief distiller. “The locally grown mash bill produces a deep amber color and nose of sweet corn, rye bread, rich vanilla and dark cherries. Drinkers will find that every grain plays its part to create a complex whiskey with a lasting finish.”

“Hudson Whiskey has been looking forward to this moment ever since our humble beginnings upstate, so we’re thrilled to unveil our oldest release to date,” added Paul Coffey, senior brand manager of Hudson Whiskey. “Four Part Harmony is ready to ‘wow!’ dedicated Hudson fans and turn other whiskey drinkers’ heads with its bold, yet refined taste. This release shows Hudson Whiskey’s intent to continue pushing boundaries and paving the way within this pivotal time in the American craft whiskey movement.”

Hudson Four Part Harmony is priced at $69.99. For more information, head over to the brand’s official website.

Last September, Hudson launched Back Room Deal, a Scotch barrel-finished Rye expression and the first addition to the brand’s range in seven years. They also debuted a rebrand with new recipes, new names, and a whole new look. Flagship variants include Bright Lights, Big Bourbon; Do The Rye Thing; and Short Stack, a rye whiskey finished in maple syrup casks.