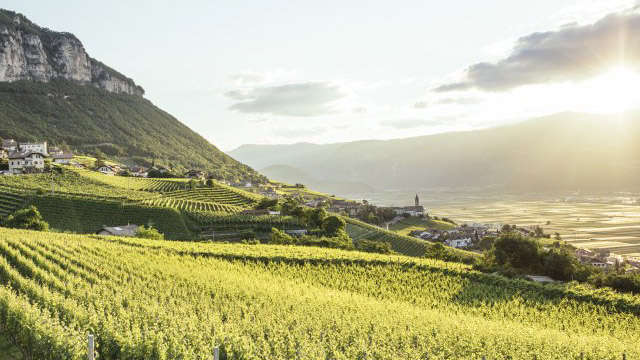 Speaking to Harpers, Andreas Kofler, president of Cantina Kurtatsch, said that the quality of  Cabernet Sauvignon and Merlot harvested in recent vintages was “unprecedented.” Therefore, the winery has increased its holding of the varietals by 65% since 2014.“Since the early 1990s, we have specialised in the production of Merlot, Cabernet Franc and Cabernet Sauvignon, which would only [reliably] ripen on our warmest sites (220-350m),” said Kofler. “Yet over the last 10 years the quality has soared and reached unprecedented levels – the Cabernet has historically never been this great. We have reached the point where, in good vintages, we are producing wines from the Medoc’s ‘trio’ that are on a level with the famous wines from Bordeaux and Bolgheri.”

According to Kofler, Kurtatsch introduced a sustainability program in 2015 and has modified their viticulture to take advantage of higher altitude sites in the zone, in response to global warming.

“We replaced our Müller Thurgau (which needs the coolest climate) vineyards at below 800 meters with Pinot Grigio or Pinot Bianco. We also replanted our Sauvignon and Pinot Blanc vineyards at altitudes of 450m above sea level – they were formerly planted at 350m.”

Alto Adige is Italy’s most northerly wine growing region, where winegrowing largely takes place on the slopes of the Adige Valley, rising to an elevation of 1,000m above sea level.

In other Italian wine news, the Bolgheri appellation, located along the Tuscan coast just to the south of Livorno, has recently grown into one of the region’s more prestigious districts. From Tenuta San Guido and Grattamacco to Ornellaia and Le Macchiole, estates across the district have been making cabernet sauvignon the talk of Tuscany, even if sangiovese remains the region’s top grape.