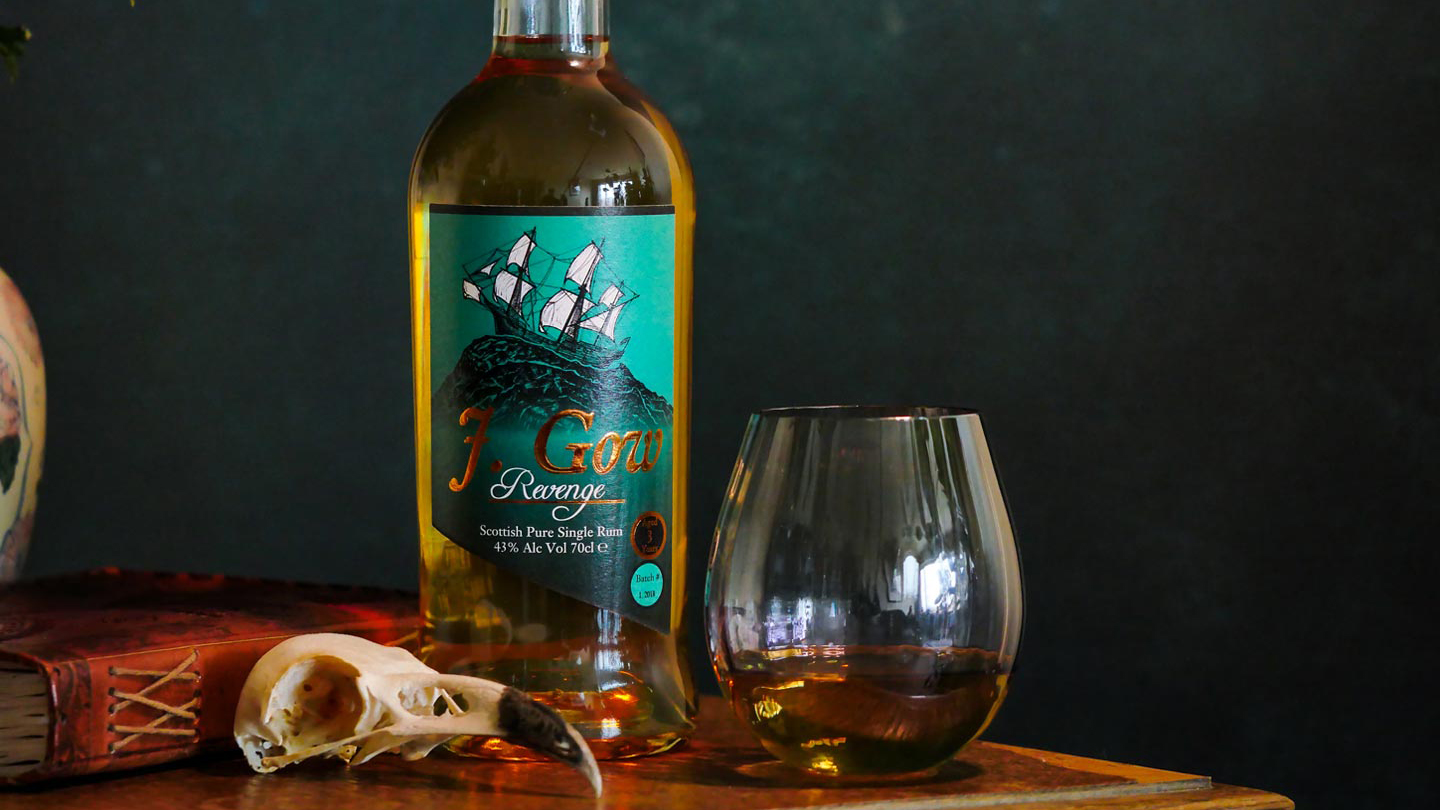 J Gow Revenge rum was  distilled on site, then aged in ex-Bourbon and virgin oak casks for three years. Bottled at 43% ABV, it is made without added sugar, artificial flavors or colorings.

The bourbon casks lend a hint of vanilla to the spirit, which complements the sweetness and coconut provided by the virgin oak. The result is a rich and deeply flavoured rum without the need for any added sugar.

It is recommended enjoyed neat at room temperature, or in the signature cocktail – Pirate’s Tale.

Add all ingredients to a shaker with ice, shake, strain and serve.

Located on the island of Lamb Holm, Orkney, J Gow Rum is owned by Collin Van Schayk, who conducts every part of the process from distilling to drawing the illustrations on the bottle labels. The distillery is named after infamous Orcadian pirate John Gow. Revenge rum is named after the Merchant ship Caroline, which Gow renamed after instigating a mutiny on board due to poor working conditions, and taking control of the ship.

“I started distilling rum back in 2016,” explained Van Schayk. “My dad owns Orkney Wine Company and suggested that I might take over the family business. Instead, I saw an opportunity to fulfil my ambition to start a rum distillery and used a bit of his winery space to install some pot stills.

“Everything is done on site, from distilling to cask storage to bottling. It’s a tight space, but the location is amazing and I love what I do. It’s very important to me that everything is done here at the distillery, so that I can proudly say what I produce is ‘Scottish rum’.”

“Rum can be released without barrel aging, but I want to build up stock of aged rums to be able to release three, eight and 12-year-olds – and beyond – to really showcase Scottish aged rum and the incredible effects casks can have on the end result.”

J Gow Revenge rum is priced at £38.99 and can be purchased via the distillery’s website.