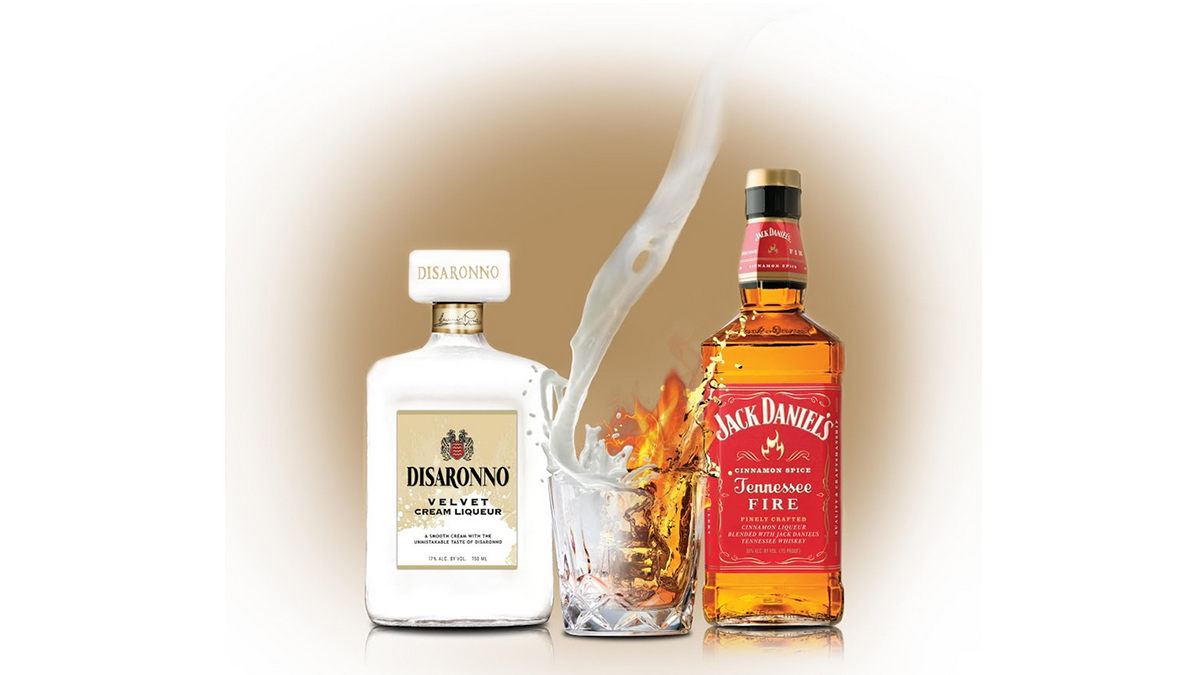 Jack Daniel’s and Disaronno have partnered up to launch Velvet Fire, a national partnership between Disaronno Velvet Liqueur and Jack Daniel’s Tennessee Fire. Recommended served chilled or consumed as a shot, the drink combines two parts of the Disaronno cream liqueur and one part of the Jack Daniel’s cinnamon flavored Whiskey.

The new release from the Italian liqueur brand and iconic Tennessee Whiskey label blends the creamy hints of toffee and apricot from Disaronno Velvet with the warming notes of cinnamon liqueur and unmistakable character of Jack Daniel’s Old No. 7 Tennessee Whiskey. It opens the door to where the Italian elegance of Amaretto meets the legendary world of American Whiskey, and is ideal for any occasion.

“Disaronno is honored to partner with Jack Daniel’s to create Velvet Fire,” said Ignacio Llaneza, Vice President of Brand & Trade Marketing for Disaronno. “The timing was perfect with the exciting growth of both the flavored whiskey and cream liqueur categories. The mixability of Disaronno Velvet combined with Jack Daniel’s Tennessee Fire makes for a very unique tasting experience that will intrigue many palates of spirits and cocktail lovers.”

Launched in April 2020, Disaronno Velvet is the newest innovation to the liqueur category from the Disaronno brand. Bottled at 17% ABV, the liqueur boasts the floral character of almonds with nuances of chocolate and vanilla, all while providing the quintessential Amaretto flavor profile of Disaronno.

Jack Daniel’s Tennessee Fire launched globally in 2016 and has since become one of the top selling flavored Whiskeys in the world. At 35% ABV, the spirit is crafted with Jack Daniel’s Old No. 7 Tennessee Whiskey and is naturally infused with a proprietary cinnamon liqueur.

“We’re extremely excited about this new partnership with Disaronno to introduce Velvet Fire to our friends around the country,” said Lauren Richmond, Jack Daniel’s Tennessee Fire Brand Manager. “Bringing these two iconic spirits together will build on their popularity and success to leverage the mixability of both brands in a unique way.”

Velvet Fire, which features a 750ml bottle of both Disaronno Velvet and Jack Daniel’s Tennessee Fire, is now available nationwide with a suggested retail price of $49.99.