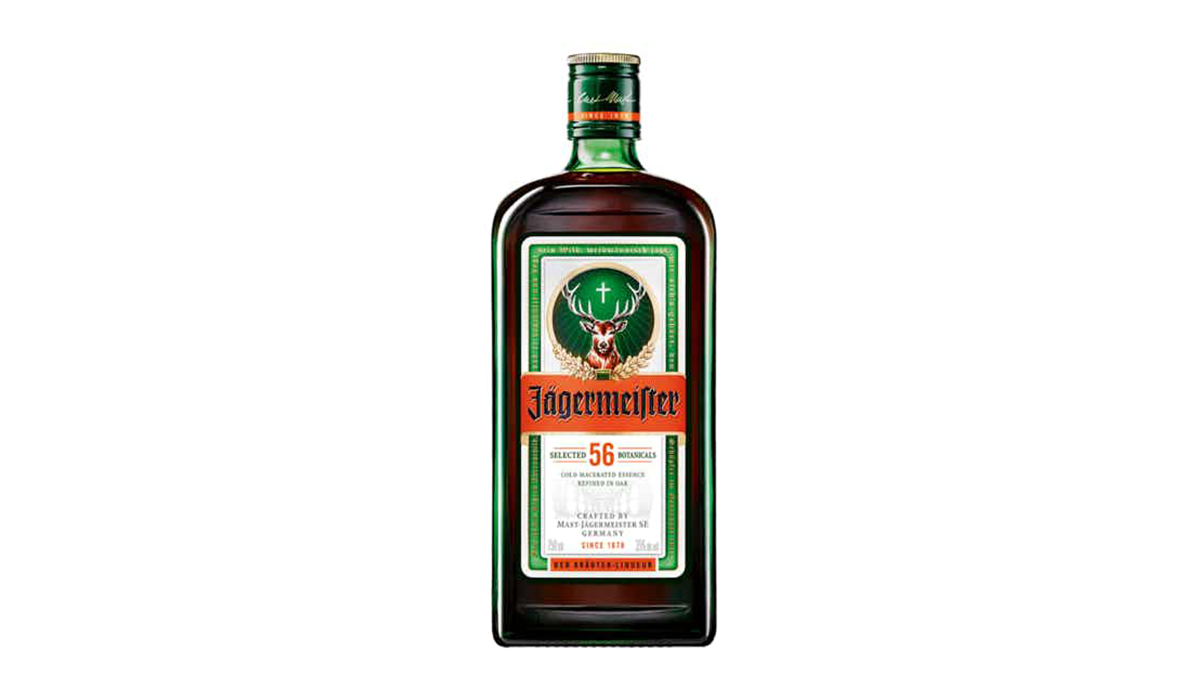 Probably the most famous of German digestifs, Jagermeister has been a tavern staple since long before we could see over the bar. Somewhere along the line, this once blue collar, after-dinner drink grew to become synonymous with partying. It remains that way to this day.

To create the digestif, 56 botanicals made up of herbs, blossoms, roots and fruits from across the globe are crafted into 4 distinct macerates, then combined into the herbal spirit. The actual list of ingredients remains a close guarded company secret, but we do know that citrus peel, licorice, anise, poppy seeds, saffron, ginger, juniper berries, and ginseng are included. The spirit then matures in one of 445 German oak barrels that sit at the company’s factor.

On the nose, Jagermeist presents aromas of cola, liquorice, herbs and fruits, along with some floral notes. The palate is complex with more cola and liquorice combining with cinnamon, ginger, prunes, and sloe. The finish is similar to the palate with an added touch of sweetness.

While it’s generally enjoyed as a frozen shot–and there’s no problem with this–it’s also delicious sipped (like an Amaro) or used in a cocktail. If you’re looking to mix something up, the company recommends a Naught German:

Add all liquids into a cocktail mixer with ice and shake. Pour contents of shaker into a coupette glass, add zest, and zing. Try not to picture what a naughty German would look like. Have another one if you failed the previous step.

Founded in 1934 Wolfenbüttel, Germany by Wilhelm and Curt Mast, it wasn’t until the 1980s that the German digestif became synonymous with rowdy twentysomethings. Until then, it had been drank mostly by blue collar Germans after dinner, but Sidney Frank (also the man behind Grey Goose) began marketing the beverage to the new demographic and it was a hit.