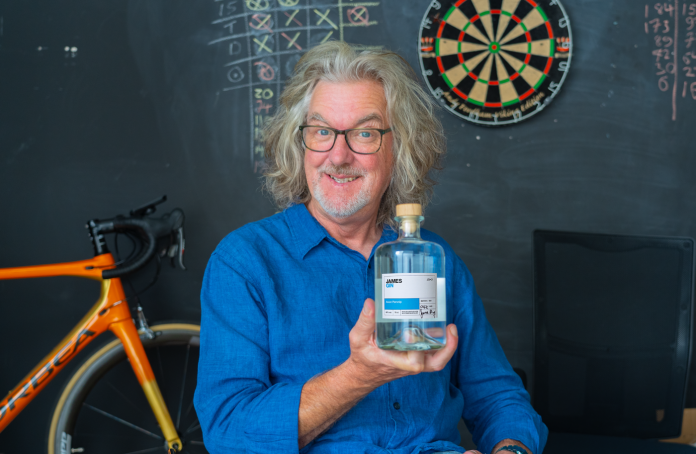 Though his co-presenters from The Grand Tour have been keeping themselves busy with buying and running a farm, or opening a classic car restoration shop, James May seems to have made a smarter decision than Jeremy Clarkson and Richard Hammond. Since the cult car show last aired he has bought half an English pub, and now he’s launched a gin.

May announced the new boozy venture by saying that ever since his mother gave him gin as a baby he was in love with the taste. It makes sense that the owner of half a pub may try selling his own distilled products to the drinking clientele.

The gin is called Asian Parsnips Gin, and includes parsnips, lemon peel, lime, and several flavors of Asian influence along with the necessary juniper.

Details of the ingredients and his cottage-industry approach to distillation are shared in a launch video that was published via YouTube.

Viewers are promised that this is only the first video, and that two more films are scheduled. We can guess that there are other spirits in the works, but May doesn’t disclose what they’ll be about.

Originally James May had intended to distill 1,000 litres of his new product, but the maths didn’t add up with the gin bottle’s actual 700 millimetres. So now he plans to produce 1,420 bottles of his Asian Parsnip. Each bottle will be hand-signed and numbered, but there was so much enthusiasm that he’s now brewing a second batch in unlimited supplies.

The second batch is less expensive than the original limited run, with a bottle now costing £39 ($53.71 at current exchange rates). It’s not numbered nor signed, but it is a special bottle of gin. It’s currently only available in the UK, but May suggests that if there’s enough interest he’ll consider shipping overseas.

For more information or to buy a bottle – visit James Gin

Beveland Brings Jodhpur Gin To US