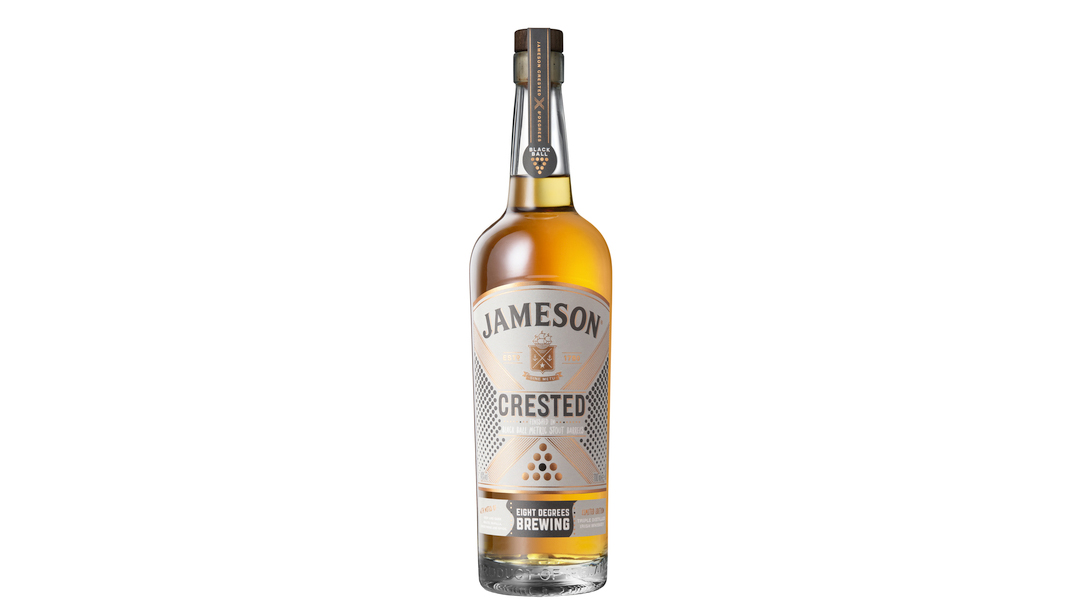 Jameson has teamed up with Eight Degrees Brewing to release a stout barrel-finished expression of Jameson Crested Irish Whiskey. Back in 2016, the iconic Irish Whiskey brand launched the original no-age-statement Jameson Crested, made from a blend of pot still and grain Whiskeys.

“When we are selecting a whiskey to mature in these barrels, Jameson Crested became the obvious choice. It’s higher pot still component and Sherry cask inclusion allowed the whiskey to meet the impact of the stout head on, creating a balanced reaction,” said Dave McCabe, Irish Distillers’ blender.

“We filled the casks in November last year and carefully monitored the whiskey’s progress. After about four months of ageing we felt it was just right. The stout influence is prevalent in the taste, complementing the whiskey beautifully. It’s a truly unique liquid, perfect when enjoyed neat, paired with a craft stout or as part of a spiced cocktail.”

Fewer than 10,000 bottles of Jameson Crested Finished in Black Ball Metric Stout Barrels will be available to purchase globally, priced at €45 ($53 USD) per 700ml bottle. It will be on sale at Jameson’s brand home outlets in Bow Street, Dublin, and Midleton, Cork, from September. From mid-October, travellers will be able to pick up a bottle while passing through Dublin Airport Terminal 2.