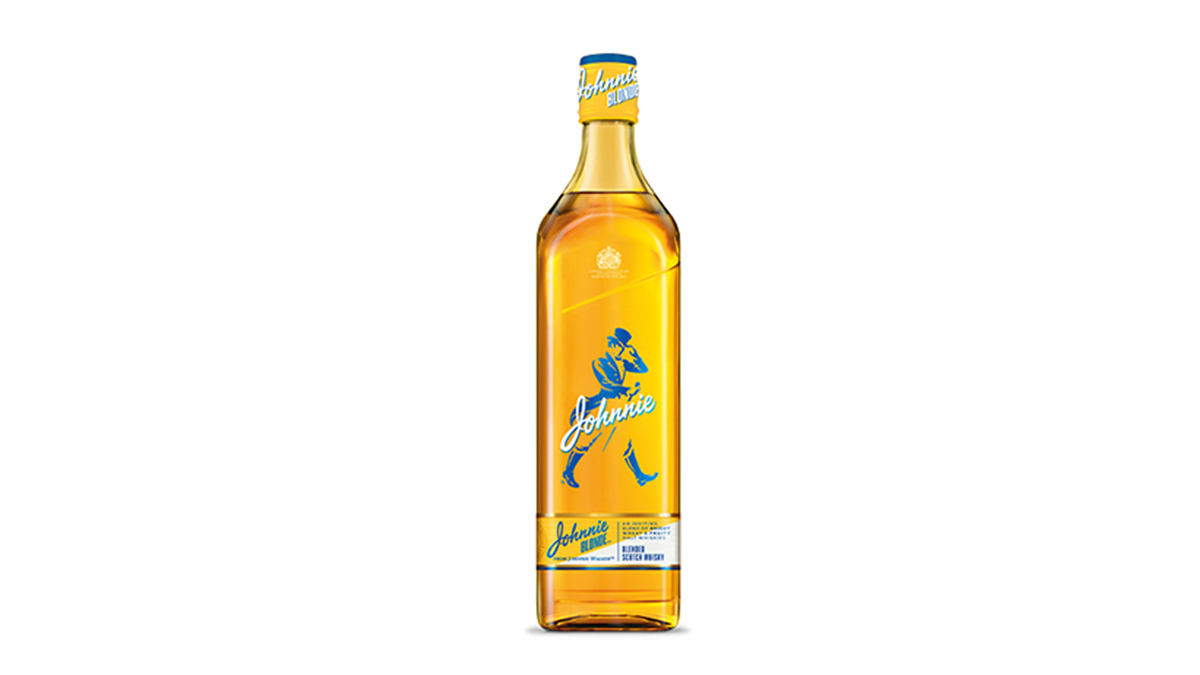 Johnnie Walker has unveiled its newest Whisky, Johnnie Blonde. The new offering delivers a “sweeter” take on the iconic blended Scotch brand’s traditional flavor profile and made for being consumed as part of long drinks.

Johnnie Walker Blonde is made using wheat and fruity malt Whiskies. Matured in sweet American oak, the resulting Scotch is said to be :full of bright, vibrant flavour” with notes of toffee, caramel, and fresh fruit.

The Scotch was created to appeal to attract new Whisky drinkers. Diageo explained that the way drinks are being consumed is changing, and consumers are socialising earlier or in more relaxed surroundings, and, therefore, taking more time to enjoy their beverages. Johnnie Blonde is “made for this occasion” and is made to be mixed with lemonade, cola or ginger and consumed as a long drink.

“Johnnie Walker has always been built on progress, on a desire to constantly push boundaries and explore new flavours, experiences and serves,” said Michael Ward, head of innovation at Diageo. “Johnnie Blonde is borne out of that same philosophy.”

Johnnie Walker Blonde will debut in select cities across the globe, including Monterey, Mexico; Curitiba, Brazil; Bangkok, Thailand; Sofia, Bulgaria; and Houston, US; as well as in Germany. It will launch in March 2021, priced at $24.99.

In late October, the first official trailer for the forthcoming Johnnie Walker documentary, The Man Who Walked Around the World, officially arrived.