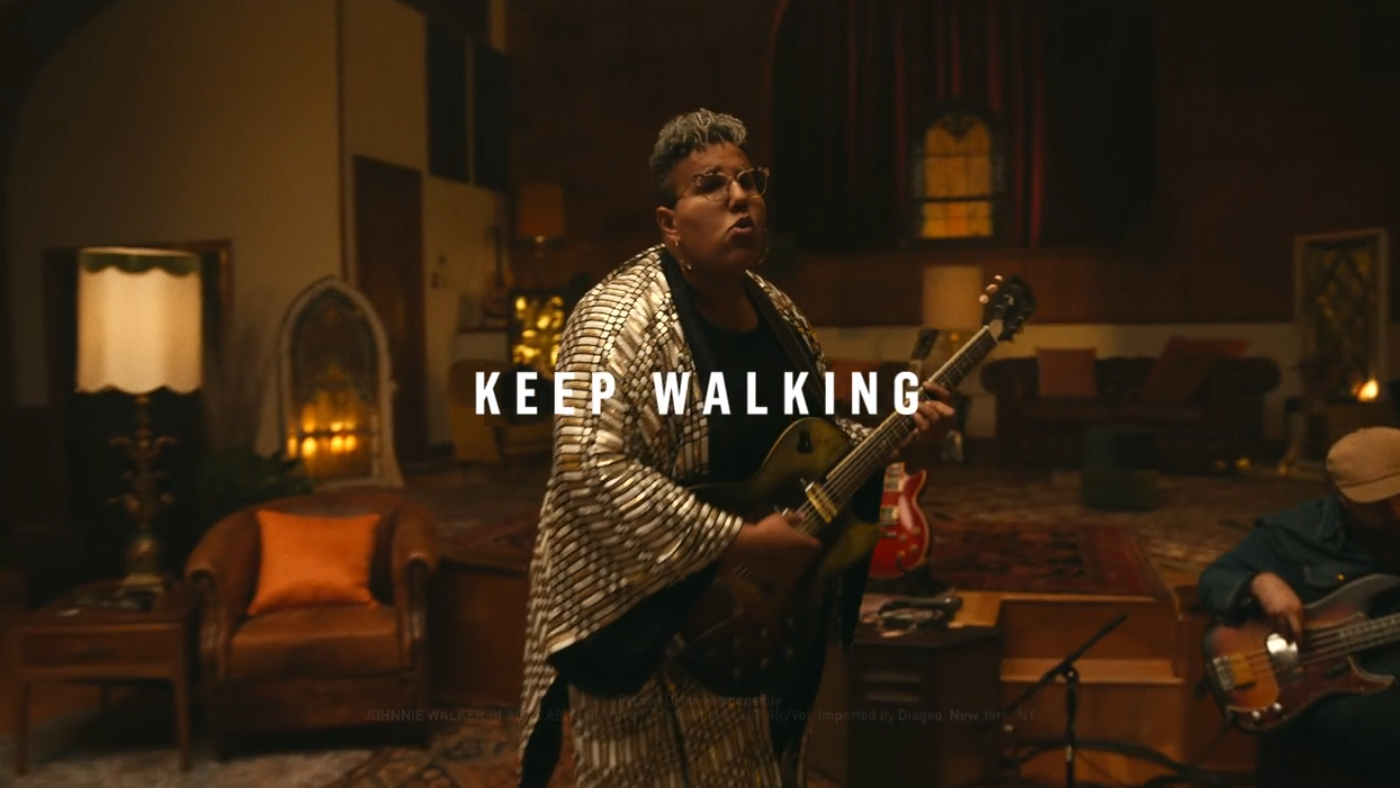 Johnnie Walker has teamed up with four-time Grammy-award winning musician Brittany Howard to reimagine the iconic Rodgers and Hammerstein tune “You’ll Never Walk Alone”. The new campaign will premiere on MSNBC on November 3rd as part of the network’s Election Night coverage.

“In its 200-year history, Johnnie Walker has been a part of some of the world’s greatest trials and triumphs, but in every instance, it has been there to mark the moment with the possibility of hope through a unifying toast and the shared optimism of brighter days, said Sophie Kelly, SVP of Whiskies at Diageo. “This song, its meaning, and the powerful talent of Brittany Howard, is a celebration of all that unites us and a reminder that we never walk alone.”

Speaking about the new television spot and her reimagining of “You’ll Never Walk Alone,” Brittany Howard noted, “I believe music is soul-building, so I was honored to work with Johnnie Walker to reimagine an iconic song and deliver a message of perseverance on one of the biggest nights in our country’s history. I hope people will enjoy and find meaning in this beautiful anthem.”

In later October, the first official trailer for the forthcoming Johnnie Walker documentary, The Man Who Walked Around the World, officially arrived.