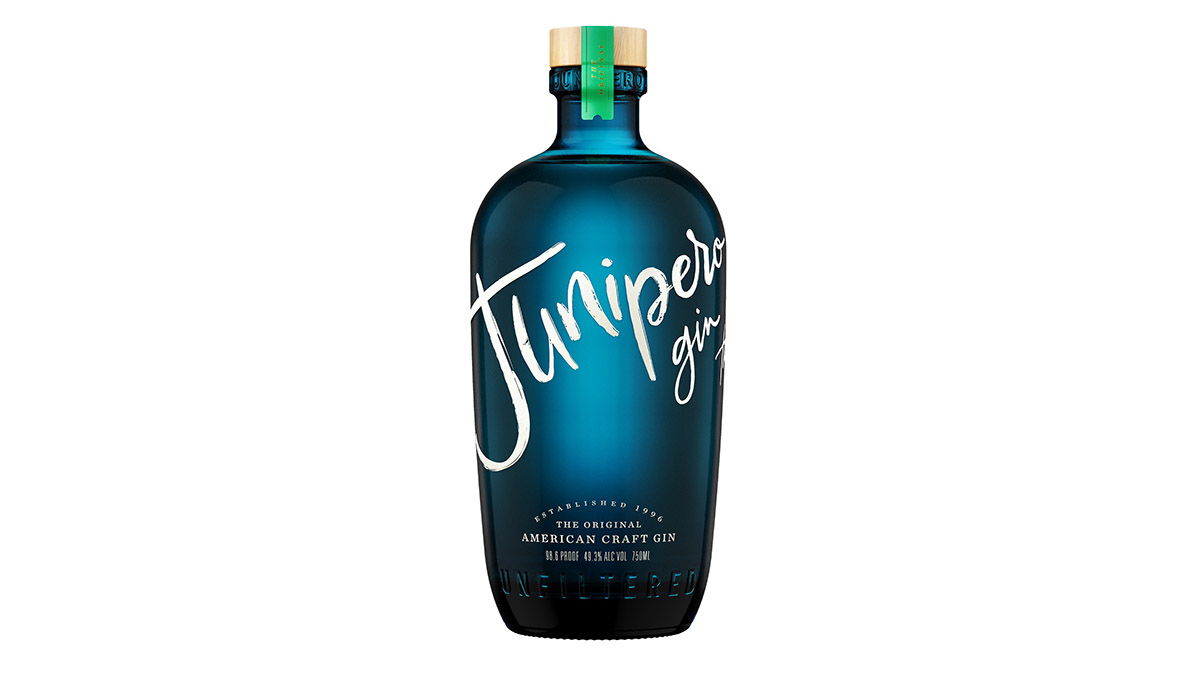 Junipero Gin is celebrating its 25th anniversary. Established in 1996, the California-based brand remains focused on the same mission it did when it began a quarter century ago – “to be bold, challenge established norms and to live life unfiltered,” says a press release. “Using the same recipe as the inaugural batch, Junipero elevates gin’s traditional juniper and citrus flavors by combining the world’s most expressive botanicals in a small copper pot still and bottling at an unfiltered 98.6 proof.”

Junipero Gin is still made by hand in San Francisco by Hotaling & Co.’s Master Distiller, Bruce Joseph – a member of the original founding team responsible for developing the final Junipero liquid back in the mid-90’s. Referred to only as ‘The Water Committee,’ Joseph and his colleagues were assigned to a covert project commissioned by Anchor Distilling Company’s former owner, Fritz Maytag, whose success in the craft beer industry inspired him to explore the lost art of pot distilling gin and whiskey in the U.S.

“For the gin, we were striving for a robust, juniper-forward, mouth coating spirit with a bold personality that would shine as the lead in cocktails,” said Joseph, “In addition to finding the optimal botanical combination that delivered both distinct flavor and balanced character expression, we discovered that the copper pot still was critical to achieving that bigger, more well-rounded and complex profile that we were going after.”

Maytag and ‘The Water Committee’ spent more than two years “testing the waters” and tinkering with the botanical blend behind closed doors. In addition to experimenting with copper pot still distillation, they also removed the step of chill-filtering to create a crisper, bolder palate. By September 1996, the final recipe for Junipero Gin was born and so too was the dawn of modern-day American craft gin.

“Junipero Gin exists today because Fritz Maytag and ‘The Water Committee’ dared to challenge the status quo,” said Dan Leese, President and CEO of Hotaling & Co., Junipero Gin owner and producer. “As we celebrate Junipero’s 25th Anniversary, we also celebrate other changemakers who break with convention to pursue an original path and we continue to proudly support forward-thinking organizations like In the Weeds and the Harvey Milk Foundation who advocate for positive change in our communities.”

On the nose, a strong juniper core is accompanied by a crisp and clean aroma with bright citrus notes and herbal complexity. The palate features big structure with juniper at the forefront and reveals its bold personality in the finish with notes of lemon peel, cardamom, and lemongrass.

Owned and produced by Hotaling & Co. at Pier 50 in San Francisco, Junipero Gin is distributed nationally and is available for purchase online at the brand’s official website for $34.99 per 750ml bottle.