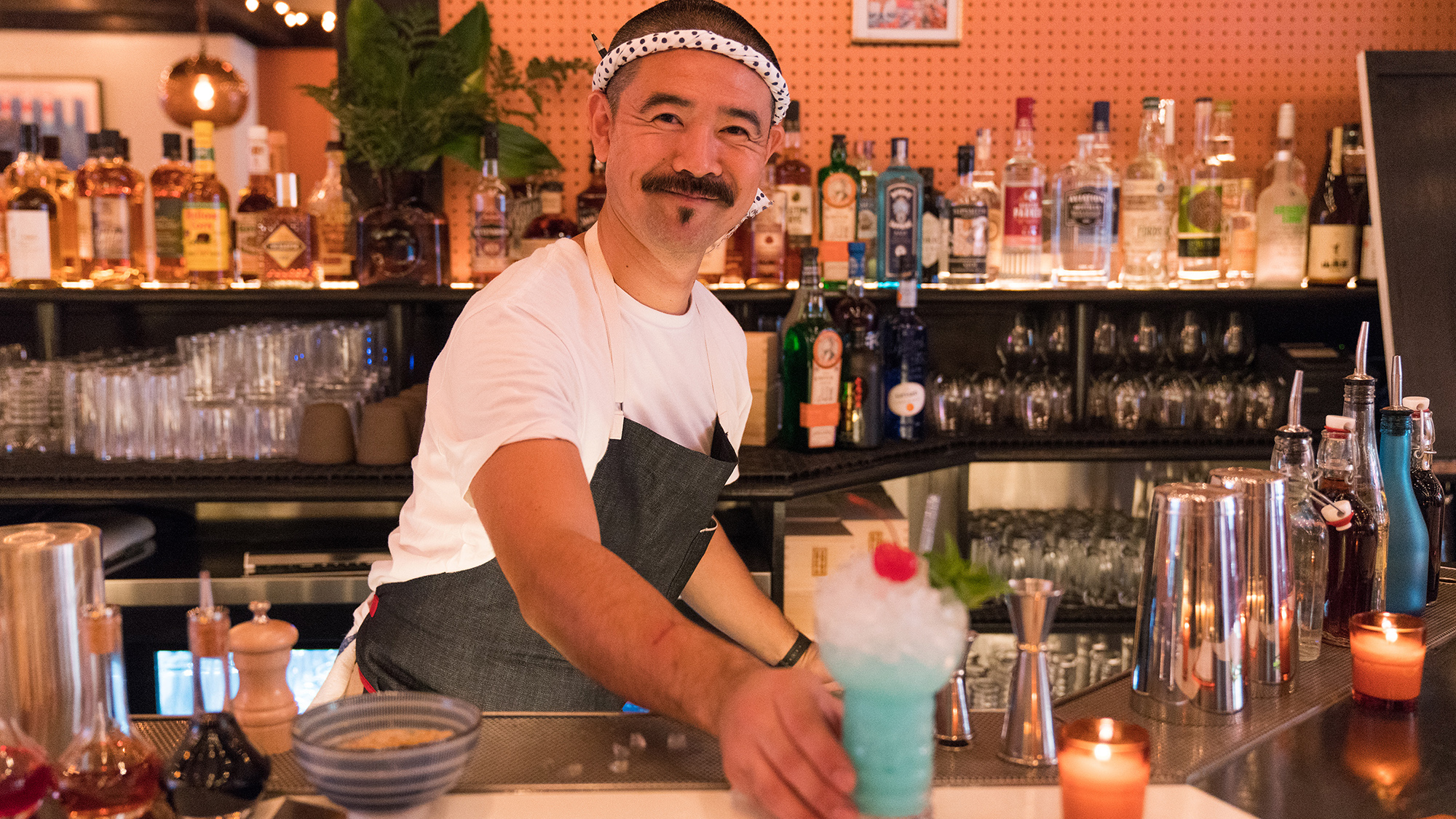 Masahiro Urushido, Director of Deliciousness of Katana Kitten in New York, has been named the winner of the Altos Bartenders’ Bartender Award 2022. This award is voted for by the head bartenders at the venues on this year’s inaugural list of North America’s 50 Best Bars, who are asked to name one peer who pushes the boundaries of what it means to be a great bartender.

“Masahiro has built a stellar reputation on two continents, both in his native Japan and his adopted home in the USA,” commented Mark Sansom, Content Director for 50 Bes. “His mixological virtuosity, boundless hospitality and megawatt smile have made him beloved by bartenders and guests around the globe. At Katana Kitten, Masahiro and his team created something truly original and exciting by melding the meticulous precision of Ginza bars with the relaxed conviviality of izakaya seen through the lens of a New York neighborhood bar. With legions of fans globally, Masahiro still takes time to make each guest feel celebrated, whether they are regulars, drinks industry stars or just everyday folks. He truly exemplifies what being an Altos Bartenders’ Bartender really means.”

Seeking a bar that he could put his own stamp on, Urushido joined forces with Cocktail Kingdom’s Greg Boehm and James Tune to open Katana Kitten, a Japanese-American bar that gives equal respect and prominence to both formidable drinking traditions. In its first year, the bar vaulted to No.14 on The World’s 50 Best Bars 2019 list, earning Best New Opening, and surged to No.10 in 2021. Beyond serving world-class highballs, boilermakers and high concept cocktails, the bar is pervaded by Urushido’s obsession with serving guests perfectly timed ‘surprises’ that may be a little bit weird or charmingly puzzling. Urushido’s acclaim now also extends to the printed word with the James Beard Media Award-nominated book, The Japanese Art of the Cocktail.

Urushido, already trained in fine dining restaurants and bars in Japan, had initially set his sights on New York City, landing a job at Kingswood, where he impressed with his Tokyo-honed ice-carving skills. This led to a position at the award-winning Saxon + Parole, working closely with his bartending soulmate, Ignacio ‘Nacho’ Jimenez along with the team built by Naren Young and Linden Pride. It was here, and later at The Daily, that Urushido further developed skills and techniques to cocktail making and his unique approach to celebrating guest service.

Urushido grew up in Nagano Prefecture, a region known for its ski slopes and local agriculture. Growing up in the countryside and helping his grandparents’ harvests endowed him with an appreciation of ingredients and sense memories that would later electrify his mixological endeavors. Japan’s capital beckoned and, starting as a pizza deliverer, Urushido worked his way into fine dining hotspots, Tableaux and Dazzle, where he discovered exquisite cocktails and underwent rigorous apprenticeships with bartending sensei.

On winning the award, Urushido says: “I was surprised, grateful and very honored to be recognized by my peers. I love my job and feel lucky to be a part of this global community. I want to thank my Katana Kitten team, mentors and my family for all the support to get here.”

Carlos Andrés Ramírez, Head of Global Advocacy & PR House of Tequila-Pernod Ricard, says: “Since the creation of Altos Tequila and the Tahona Society, we have been supporting the bartender community in different career opportunities, welfare and networking initiatives. Congratulations to Masahiro from Katana Kitten for winning the Altos Bartenders’ Bartender Award – we can’t think of a more deserving award than this one to recognize his career. Thank you to North America’s 50 Best Bars for this first incredible initiative.”

The Altos Bartenders’ Bartender Award was introduced to The World’s 50 Best Bars in 2017 and the winner in its inaugural year was Iain Griffiths of Dandelyan. Joe Schofield of Schofield’s Bar in Manchester, UK, was the recipient in 2018; Monica Berg of Tayēr + Elementary, London, took the laurels in 2019; Renato ‘Tato’ Giovannoni, of Florería Atlántico, Buenos Aires, won in 2020; and Lynnette Marrero of Llama Inn, New York, and Speed Rack, earned the lofty title in 2021.