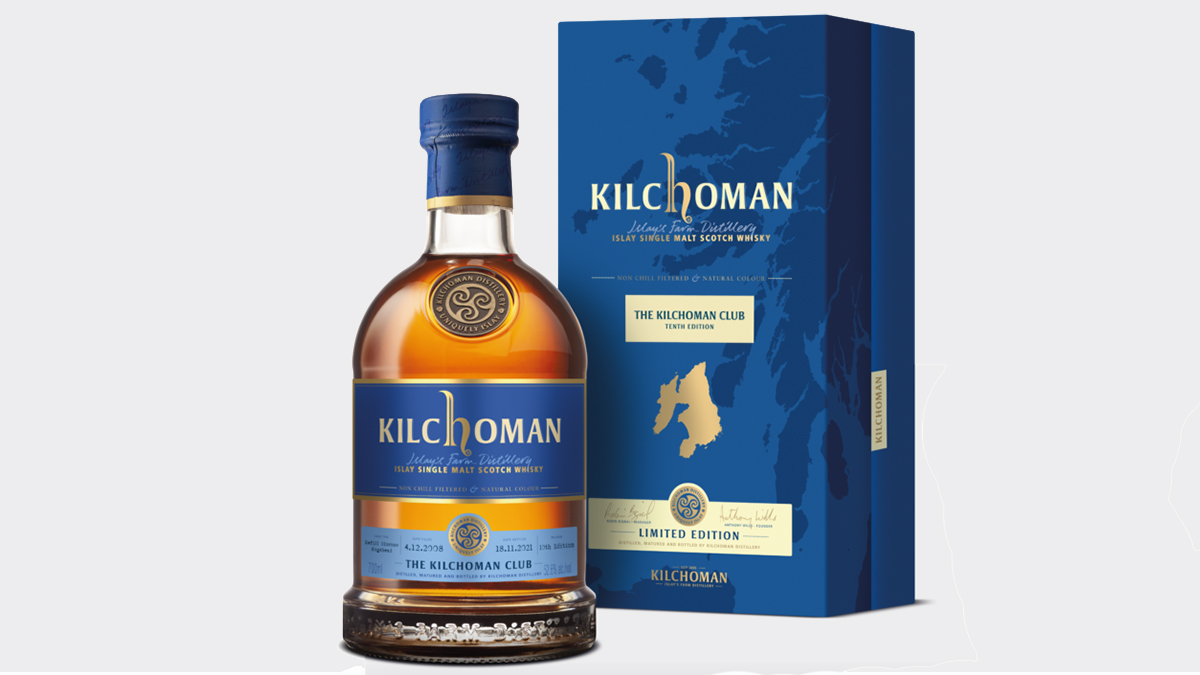 Kilchoman has unveiled its 2021 Club Release, which will be available exclusively to the Islay brand’s Club Members.

The 10th Edition of the Kilchoman Club Release is a vatting of three 2008 oloroso sherry casks selected by Kilchoman Founder, Anthony Wills. The three hogsheads were vatted together and bottled at natural cask strength of 52.6%, producing a total of 807 bottles.

“These are some pretty special casks with quite a unique story. Originally the whisky was filled into oloroso sherry butts however I wasn’t satisfied with their development so in 2016 I decided to decant the whisky into refill oloroso hogsheads,” explained  said Kilchoman Founder Anthony Wills.

“Since being decanted, the whisky has come on beautifully and in my opinion these casks are at their absolute peak in terms of their depth of flavour,” he added. “The influence of the sherry oak is certainly present however, it is subtle and rounded, the character coming through on the palate is fruity and layered, offset perfectly by typical Kilchoman freshness and citrus sweetness”

For more information, head over to Kilchoman’s official website.

In September, Kilchoman unveiled the 11th Edition of its 100% Islay Scotch whisky. The annual range “represents the rebirth of farm distilling, where the responsibility for growing and malting barley, the foundation of single malt, is not outsourced but completed on site with skill, care and attention to detail,” says the brand.