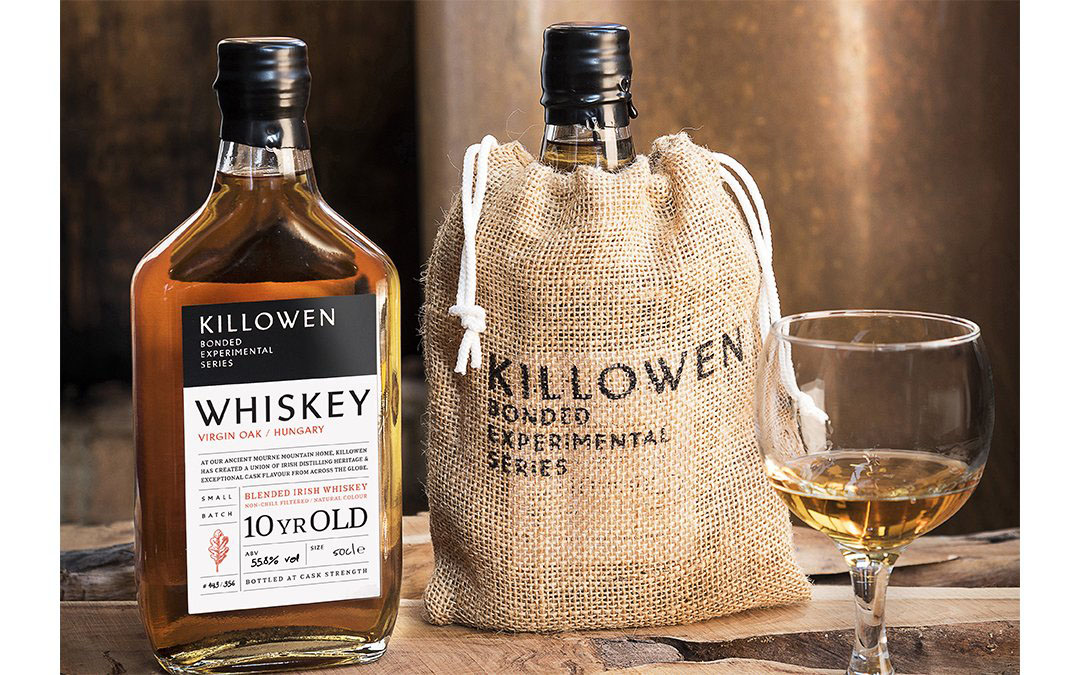 Killowen Distillery has launched the final release in its Bonded Experimental Series, a 10 Year Old blended Irish Whiskey finished in Virgin Hungarian Oak. Over the past year, the Irish distiller’s series looked to showcase what’s possible in the world of Irish Whiskey blends by finishing them in various barrels.

The Killowen Bonded Experimental Series consists of seven sourced Whiskeys that the distillery blended then finished in casks from across the globe. Each blend included Whiskeys that are 10 to 12 years old from various distilleries across Irelands, two single malts and one graine. Previously releases have included, ex-Dark Rum, ex-Txakolina Acacia, ex-Tequila cask, an ex-Islay cask, ex-Pinot Noir, and ex-Stout Cask finish.

The Killowen Bonded Experimental Series 10 Year Old Whisky Finished In Virgin Hungarian Oak yielded just 356 50 bottles. Like the other releases in the series, it was bottled at cask strength, non-chill filtered and no coloring. The virgin Hungarian oak cask was handmade from start to finish using local skilled tradesmen. And is described as a work of art on its own.

On the nose, the Whiskey offers honey-suckle and floral aromas intensified by the grain component, along with a wood spice reminiscent of star anise and lemon zest. These notes arrive on a canvas of vegetal fragrance reminiscent of early September’s rural, laneway, Hedgerow cutting. The palate features clove with plenty of finely ground white pepper. The stone fruits are evident from the Single malt but this is not as forthcoming as the abundance of soft dark-brown sugar. Out on it’s own there is a hint of wild evergreen Ivy, known to gardeners when tending to their craft in late winter. This finish is described as having a backdrop of caramelised demerara sugar sweetness, along with an explosion of raw clove buds. There’s also thick cut orange rind, like that in a hearty marmalade.