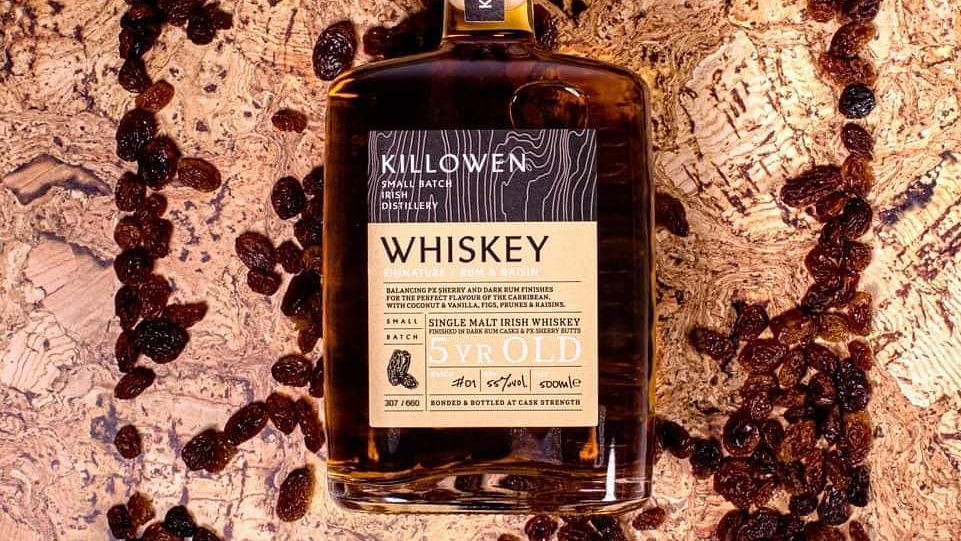 Killowen Dark Rum offers notes of rich molasses and tropical fruits, while the rich PX sherry casks provide abundant raisin and dried fruits amidst the backdrop of the famous apples and pears often found in the sourced distillate. The playful name is a nod to the cask choices and the beginning of a signature release that will be replicated in varying forms.

This is a sourced whiskey release from Killowen, having selected a handful of casks from a distillery in the neighbouring County of Louth. Killowen have now launched themselves into the single malt scene after extensively exploring blending and finishing in their previous Bonded Experimental Series.

The vatting of these casks will be carried out in batches, normally 200 litres and 120 litres, allowing for slightly more bottles per batch than previous releases.

On the nose, the Irish whiskey offers a burst of fresh apple juice along with black-strap molasses and a generous helping of warm Christmas pudding. The palate features sweet and juicy large green apples along with dark sugar, as well as a range of dried fruits such as raisins, sultanas and figs. All of this with heavy old-style dark rum as a backdrop and then a late arrival to the tropical Caribbean, with Coconut and Vanilla molasses. The finish delivers caramelised demerara sugar with toffee apple or candy apple. Red apples this time instead of the green ones earlier on, with a stand-alone note of ground almonds towards the end before a dollop of Christmas cake to finish.

The Killowen Rum & Raisin is presented in a new bottle type, and with a new label design: cork and tamper seal. This means that the wax seal will be kept for future releases outside of this particular signature style. The luxurious Rum & Raisin is the beginning of an evolving family of releases that will continue from sourced liquids into Killowen’s own distillate.