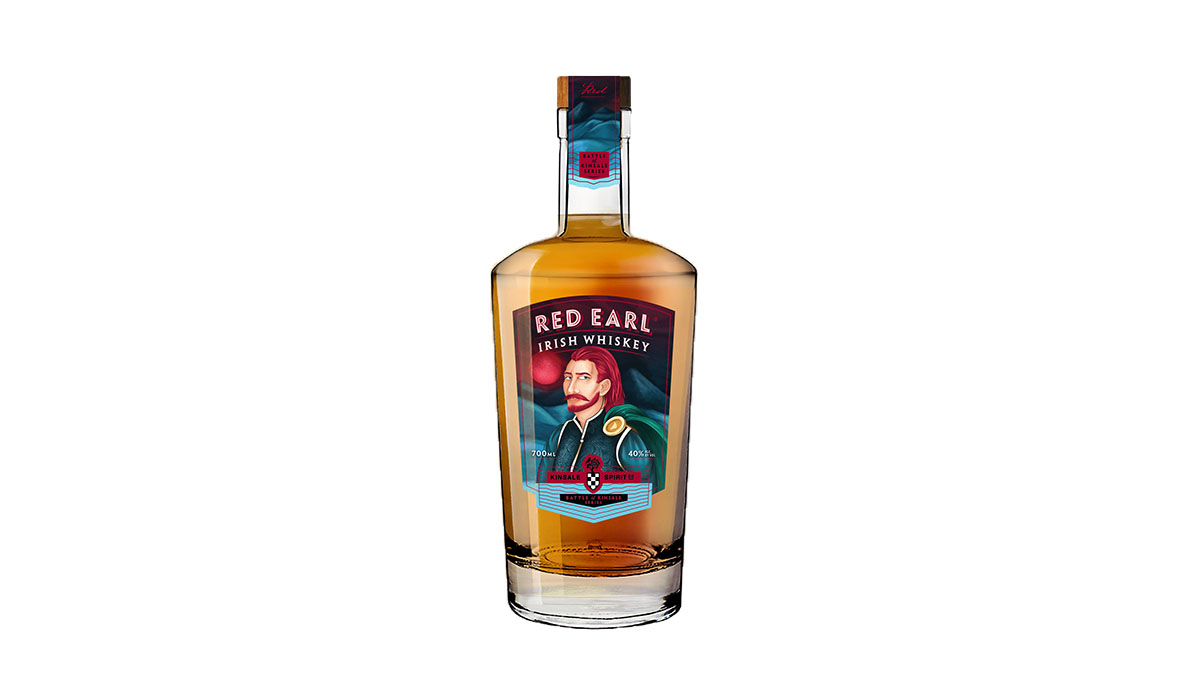 Kinsale Spirit Company has launched Red Earl Irish Whiskey. The spirit is part of the County Cork distillery’s Battle of Kinsale series. The release commemorates Irish hero Red Hugh O’Donnell, Earl of Tyrconnell, who attempted to attempted to ally with Spanish in an attempt to vanquish the Crown Forces.

Red Earl Irish Whiskey is first aged in bourbon, then sherry, and finally matured in Rioja casks from the region where Red Hugh ended his days.

Speaking about his new venture, publican and entrepreneur Ernest Cantillon says: “We were nervous about launching a new product during such an uncertain period, but to be honest it has hit the ground running. Local support has been phenomenal, and we have our first export order, several thousand bottles, heading to China next week.”

The new Whiskey arrives just as the long-lost remains of Red Hugh have been found during an excavation in Valladolid, Spain. Archeologists believe the skeletal remains found interred under the floor of the previously lost church are the remains of the Irish Earl, who died in the Spanish town in 1602.

Kinsale’s eponymous Gin is already well-known across Ireland. The company is currently in the midst of building a new distillery in Kinsale, County Cork, which is set to open in2021.

Country Cork is currently going through somewhat of a spirits renaissance as its specialist drinks sector continues to boom. Already the home of New Midleton Distillery, which produces Jameson, Powers, Paddy, Redbreast, Midleton Very Rare, and others, smaller craft distilleries have begun popping up across the county. The Rebel County also happens to be home to the world’s most expensive Irish Whiskey, a bottle of Midleton Very Rare Silent Distillery, which was recently taken out of the cask for the first tie since 1974. It’ll cost you a whopping  €35,000 ($39,720 USD) per bottle.