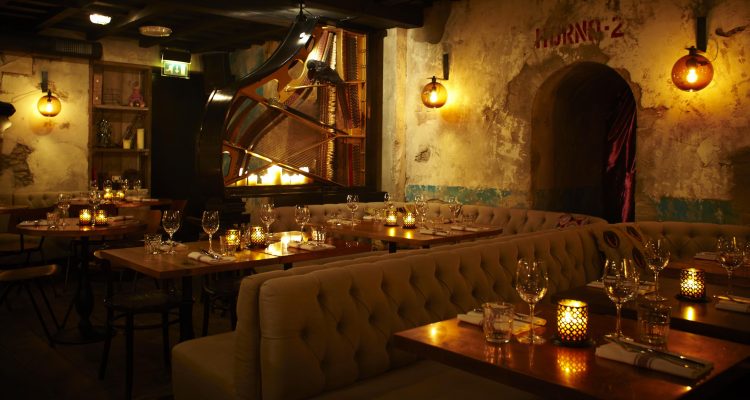 La Bodega Negra, located in London’s Soho, is set to reopen this month with a new Head Chef at the helm and a modernised Mexican menu. The street level “Upstairs at La Bodega” will reopen on June 15, while the original venue “La Bodega Negra” will follow on June 22.

The reopening coincides with the appointment of a new Head Chef Gustavo Giallonardo, who has created a modern Mexican food offering, in keeping with La Bodega Negra’s ethos of using the freshest, in-season produce while creating Mexican cuisine for the contemporary palate. Highlights include ‘Scallop tiradito with serrano, aguachile and kolrhabi’, ‘Taco al pastor, pineapple pico de gallo and salsa verde’, ‘Pork chop with pasilla negra salsa and sweet potato’ and a ‘Black mole quesadilla with truffle, Monterey cheese and salsa verde’. Gustavo Giallonardo’s unique black truffle mole blends chilli, sesame, peanuts, chocolate, pumpkin seeds, dried grapes, and truffle, amongst other ingredients, to excite the taste buds. The full menu will be available in the main restaurant, while Upstairs at La Bodega will offer a smaller selection of dishes, with more experimental serves being developed and offered. The space will open with an outside terrace and ceviche bar, whereby diners can watch the chefs in action, perched on stools sipping fine tequila and mezcal cocktails.

Gustavo Giallonardo began his career in Buenos Aires, where he honed his skills working in five different restaurants, including La Biblio, before heading for Europe. Following a year in Spain working at Madrid’s La Corte and Barcelona’s Restaurante Druida, Gustavo made the move to London where he has worked to perfect his style by fusing Argentinian cuisine with his recently gained knowledge of European cultural touches and regional taste preferences. One of his career highlights was being awarded ‘Best Bar food menu of the year’ during his tenure at Oriole in London, by the Class Bar Awards in 2017.

A truly Mexican affair can never be complete without a great tequila and mezcal offering, and La Bodega Negra boasts one of London’s finest stocked agave bars, offering 50 different tequilas and 20 mezcals. Key Mezcal cocktails include the Pepino (Ojo de Dios, Pineapple Juice, Fresh Chilli and Agave Syrup) and the Mezcalita (Ojo de Dios, Triple Sec and Fresh Lime Juice served on the rocks with worm salt), while the star of the signature cocktail menu is the Horchata con Ron (Homemade horchata with rice milk and cinnamon sugar syrup and Sailor Jerry Spiced Rum). Unique to La Bodega Negra is their dedicated Agave Sommelier who is on hand to educate and guide guests through the history and culture associated with the cultivated spirits, enlightening diners to the unique flavour palates and tasting notes.

DJ’s play to the diners downstairs from Wednesday – Saturday, creating a dining/dancing experience unlike any other in London.