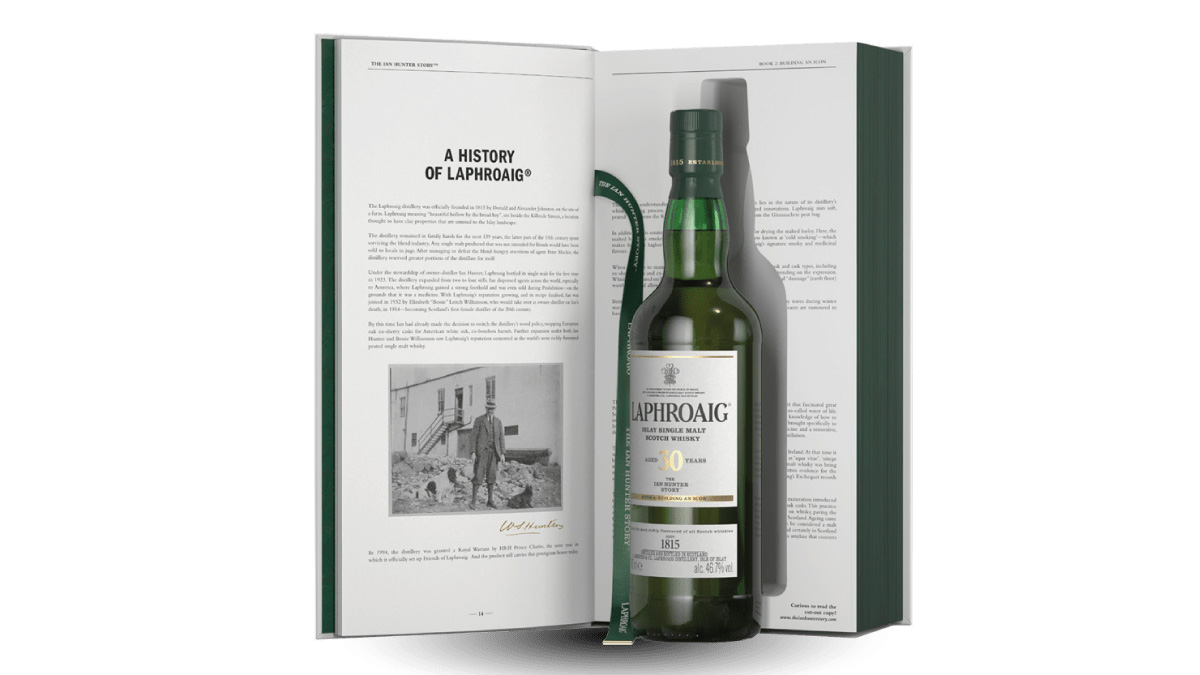 Laphroaig has launched The Ian Hunter Story Book Two 30 Year Old Whisky, which has aged for three decades in Spanish Oak Oloroso Sherry casks. The second release of the Islay distillery’s Ian Hunter Series is a tribute to the Icon that Ian Hunter built more than 100 years ago.

The second book of the story starts with Warehouse No.1. With the different cask types being bought by Ian, including ex-Bourbon barrels and Sherry casks, he recognised the need for more capacity to house them. Ian selected the location by the Atlantic shore that would influence the casks and planned a five-phased extension between 1910 and 1924.

This series of rare and collectable aged whiskies honours the legacy of its namesake, the last of the Johnston family to own and manage the Laphroaig distillery, between 1908 and 1944. Each release will contain a rare Laphroaig, set into a book that will document a part of Ian’s rich legacy. Every year a new chapter will be told, uncovering the extensive history behind Laphroaig and the characters who created it.

Back in August, the Islay-based distillery launched the Laphroaig 2020 Cairdeas Port & Wine Casks Single Malt Scotch Whisky. Usually, the distillery releases its annual Cairdeas expression in late May to coincide with the Feis Ile Festival, but, due to the global pandemic, the 2020 Feis Ile was cancelled and Laphroaig delayed the launch.