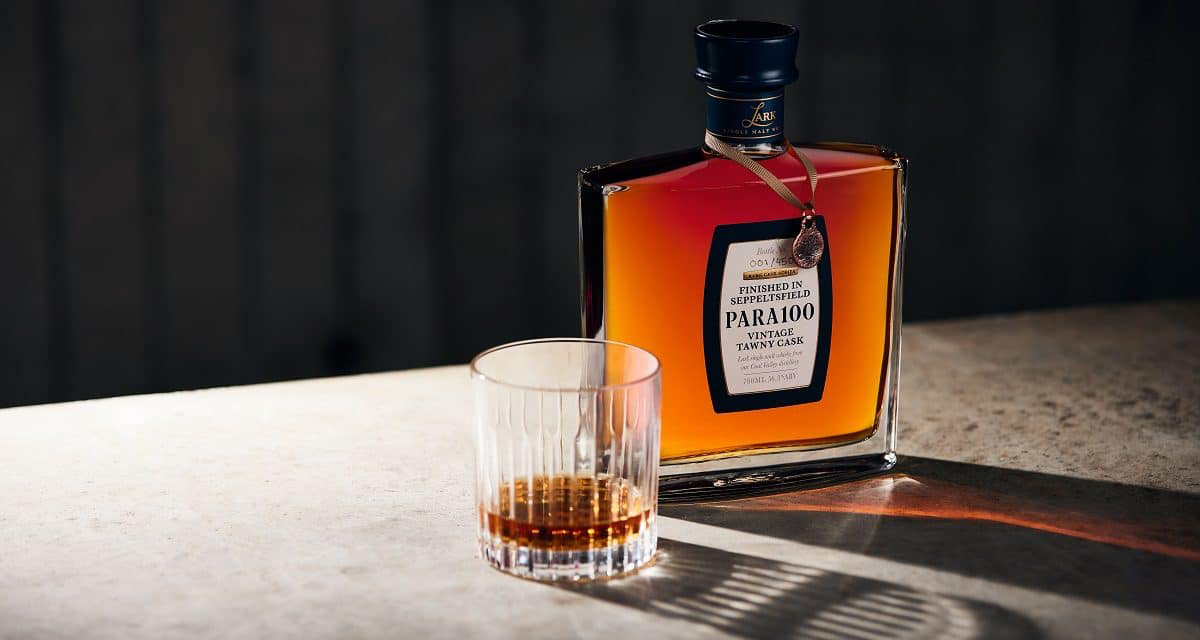 Lark Distillery has announced the latest addition to its Rare Cask Series, PARA100. The new offering from the Tasmania-based brand follows the launch of PARA50, which hit shelves back in November.

Lark PARA 100 has finished in casks that once held 100-year-old Seppeltsfield Para Vintage Tawny, believed to be the world’s only unbroken lineage of single vintage wines spanning more than 130 consecutive vintages. Before entering the Tawny casks, the Australian Whisky matured for about five years in ex-Port, ex-Sherry ,and ex-Bourbon casks.

On the nose, the Whisky offers a rich and sticky embrace of treacle pudding with brandied custard, wood-fired raisin bread, mulberry syrup, and blackberry blossoms. The palate delivers preserved cherry sweetness with deep, dark undertones of saddle leather, fresh tobacco, and beloved antique furniture. Polished tannins and the unmistakable age of the oak create chapters of mouthwatering complexity that speak of elegance and intrigue. The finish is described as, “impossibly long and luxurious. Cocoa nibs, coffee, blackberry jam, dark fruit cake, and fireside chats that extend into the early hours of the morning.”

“The Para Tawny casks were complex but very intense, so to avoid dominating the carefully-curated spirit we slowly finished the whisky in two casks over four batches”, described Lark founder Bill Lark, who went on the describe the resulting whisky as “impossibly long and luxurious, perfect for those intimate fireside chats with friends that extend well into the early hours of the morning.”

Lark’s Rare Cask Series is part of the distillery’s continuous quest to uncover the “world’s rarest and most storied casks.”

Bottled at 56.3% ABV, each bottle of Lark PARA100 will come with a copper medallion that has been handcrafted from a decommissioned Lark copper pot still, as well as a complimentary 100ml bottle of the same Whisky. Just 450 bottles have been created and are priced at $1000 AUD each. It can be purchased from the brand’s online store.

In August, Lark launched Symphony No 1, its first-ever blended malt Whisky. The Tasmanian distillery’s expression is made up of Whiskies aged in American oak Bourbon, Sherry, and Port casks.